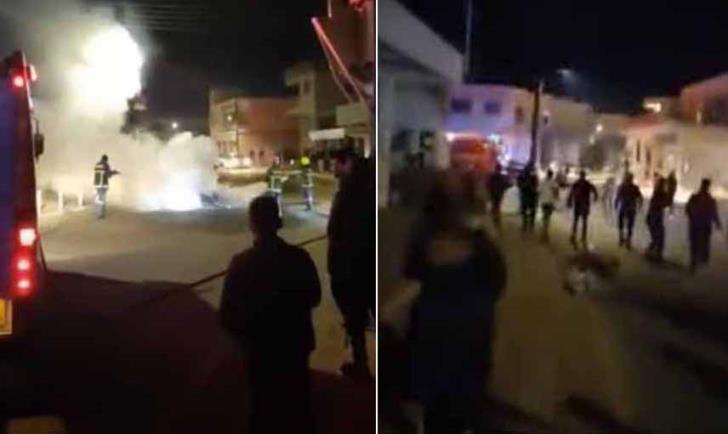 Dozens of youths in the Famagusta district just thought to usher in the New Year by carrying and burning a number of mopeds in an open area.

Police and the Fire Service were called at the scene, where around 40 people had gathered, some of which had their faces covered with hoods, while others wore masks.

While attempting to put the massive fire out, officers and firemen were verbally abused and pelted with stones.

The youths then made a move to attack the firemen, with an officer firing a warning shot in the air to disperse the crowd, which continued to throw objects at both the firemen and a firefighting vehicle.

A member of the fire service suffered an injury to the right leg. He was treated at the Famagusta General and discharged.

Police are conducting an investigation at the scene and arrests are imminent.

Those involved are looking into charges of arson, attacking a fireman and causing grievous bodily harm, damage to property and disturbing the peace.

By Constantinos Tsintas
Previous articleIt’s a boy! Michalis the first baby of the New Year
Next articlePresident points finger at Eide for spreading two-state solution ‘fiction’