Dorian strengthens to powerful category 5 hurricane as it nears Bahamas 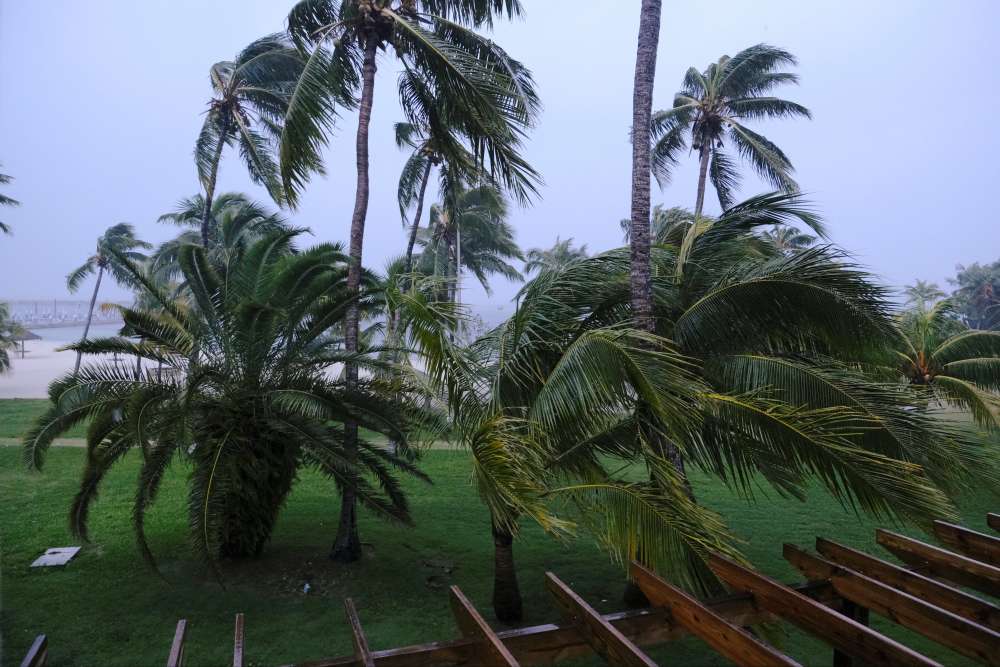 Hurricane Dorian intensified into a dangerous category 5 storm as it approached the Bahamas on Sunday, expected to pound the islands with up to two days of torrential rain, high waves and damaging winds before taking aim at the U.S. mainland.

“I want you to remember: homes, houses, structures can be replaced. Lives cannot be replaced,” he told a news conference on Saturday, adding that 73,000 people and 21,000 homes were at risk to storm surges, which are predicted to reach up to 20 feet (6.1 meters).

The Miami-based National Hurricane Center (NHC) said Dorian was packing maximum sustained winds of 160 miles per hour (260 km per hour) early on Sunday and was about 35 miles (55 km) east of Abaco.

After churning over the Bahamas, it is expected to veer northwest and could spare Florida a direct hit. Communities further north in Georgia and South Carolina raised alert levels on Saturday, with residents filling sandbags as authorities tested infrastructure and hurricane drills.

Despite Dorian appearing to spare the United States a direct impact, the NHC warned the Category 5 storm on the five-step Saffir-Simpson Wind Scale would lash millions from Florida to the Carolinas with strong winds and punishing surf.

Most tourists who planned to leave the Bahamas got out before the main airport closed on Friday night.

Jeffrey Simmons, the deputy director of Bahamas’ department of meteorology, said Dorian will cause prolonged periods of large swells and storm surges along the north coast of Grand Bahama and the north and east coast of Abaco.

Potential damage to the Bahamas from Dorian could be exacerbated by the fact that its westward motion is forecast to slow, keeping it over the islands for longer, the Bahamas National Emergency Management Agency said in a statement.

Grand Bahama and Abaco are hubs of the Bahamas’ thriving tourism industry. But after days of evacuations only 26 tourists are left on Grand Bahama, authorities said on Saturday.

“We have been for the last few days asking all tourists to leave the island in anticipation of the hurricane,” said Kwasi Thompson, minister of state for Grand Bahama.

Meanwhile, a new tropical storm has formed southwest of Mexico and is expected to become a hurricane on Monday. Tropical Storm Juliette is 455 miles (735 km) from Manzanillo, Mexico, with maximum sustained winds of 45 mph (75 kph), the NHC said on Sunday.

Thirty Cypriots who were stranded in Thailand amid the Covid-19 pandemic have been repatriated, Transport Minister Yiannis Karousos said on Friday. Among them is an...
Read more
Local

A gravedigger opens new graves with an excavator as the number of dead people rose after the coronavirus disease (COVID-19) outbreak, at Vila Formosa...
Read more

Alphabet Inc's Google on Thursday published reports for 131 countries showing whether visits to shops, parks and workplaces dropped in March, when many governments...
Read more
World

The U.S. Navy on Thursday relieved the commander of the aircraft carrier Theodore Roosevelt, who wrote a scathing letter that leaked to the public...
Read more
World

Global coronavirus cases surpassed 1 million on Thursday as the pandemic explodes in the United States and the death toll continues to climb in...
Read more