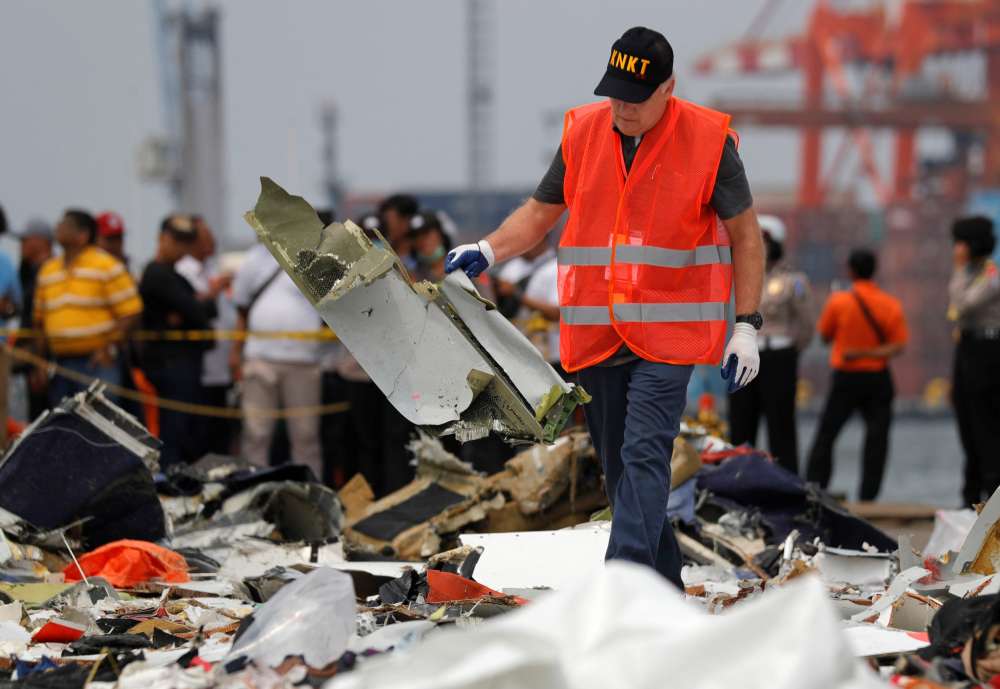 The pilot of a Lion Air flight from Indonesia’s Bali island on Sunday made a radio alert minutes after take-off due to technical problems, but they were overcome and he pushed on to Jakarta. The same jet crashed on another flight hours later, killing all 189 people on board.

Herson, chief of the airport authority for the Bali-Nusa Tenggara area, told Reuters that after the alert the pilot updated the control tower to say that the plane was flying normally and he would not return to the airport as requested.

“The captain himself was confident enough to fly to Jakarta from Denpasar,” said Herson, who goes by one name, speaking by phone from Bali and referring to the resort island’s airport.

The pilot of another plane that was approaching Bali just after the Lion Air jet had taken off said he was ordered to circle above the airport and listened in to a radio conversation between the Lion Air pilot and air traffic controllers.

“Because of the Pan-Pan call, we were told to hold off, circling the airport in the air,” said the pilot, who declined to be named because he was not authorised to speak to the media.

“The Lion plane requested to return back to Bali five minutes after take-off, but then the pilot said the problem had been resolved and he was going to go ahead to Jakarta.”

Pilots use ‘Pan-Pan’ calls to flag urgent situations. They are a step down from ‘Mayday’, which signals severe distress.

The Denpasar-Jakarta flight landed at the Indonesian capital’s airport at 10:55 p.m. local time on Sunday.

The same Boeing 737 MAX jet took off at 6:20 a.m. the next morning, bound for Bangka island, off Sumatra, and plunged into the sea 13 minutes later. Just before the crash, the pilot had made a request to return to base.

A Lion Air spokesman declined to comment when asked about the alert on the earlier flight, citing the ongoing crash investigation.

The budget airline’s CEO, Edward Sirait, said earlier this week that a technical problem had occurred on the Denpasar-Jakarta flight but it had been resolved “according to procedure”.

Amid media speculation over the airworthiness of the aircraft, the transport minister suspended Lion Air’s technical director and three other officers on Wednesday to facilitate the crash investigation.

The suspended technicians “issued the recommendations for that (final) flight”, the ministry said in a press release. It did not say how many technicians had been suspended.

It will also put a spotlight on Boeing’s 737 MAX, which was introduced into commercial service last year and until Monday had an accident-free record. The narrowbody MAX is an update of Boeing’s 737 series, the world’s most produced family of commercial aircraft and one widely considered to have a strong safety record.

During its earlier flight from Bali on Sunday, JT43, the aircraft flew erratically and its airspeed readings were unreliable, according to an accident investigator and a flight tracking website.

According to data from FlightRadar24, the jet displayed unusual variations in altitude and airspeed in the first several minutes of flight – including an 875-foot drop over 27 seconds when it would normally be ascending – before stabilising and flying on to Jakarta.

However, the pilots kept the plane at a maximum altitude of 28,000 feet compared with 36,000 feet on the same route earlier in the week.

Divers on Thursday retrieved a flight data recorder from the plane that lay shattered on the muddy sea floor off the coast of Jakarta. The NTSC said it would examine the device to get a clearer picture of what happened on the flight from Bali on Sunday in addition to the flight that crashed on Monday.

Herson, the airport authority chief in Bali, said the aircraft had encountered a “speed and altimeter” problem but the captain was confident that it was airworthy and pressed on.

“He requested to return to the airport for RTB (return to base) but … they updated and flew to Jakarta. The pilot double-checked to ensure that they could fly,” he said.

Two passengers from Sunday’s flight posted on Instagram, reporting that they had been concerned about problems with the air conditioning system and cabin lighting before the plane left Bali nearly three hours late.

Another passenger on JT43 described, in a talkshow broadcast by Indonesia’s TVOne, a turbulent flight during which the seatbelt signs were never turned off.

“When the plane took off, it climbed and then went down. It rose again, and then dropped again violently, shaking,” said Diah Mardani. “Everyone in the plane shouted Allahu Akbar (God is Greatest), Subhanallah (Glory to God). We recited every prayer we knew.”