Don’t tell us to halt the violence, tell the Americans, Afghan Taliban say 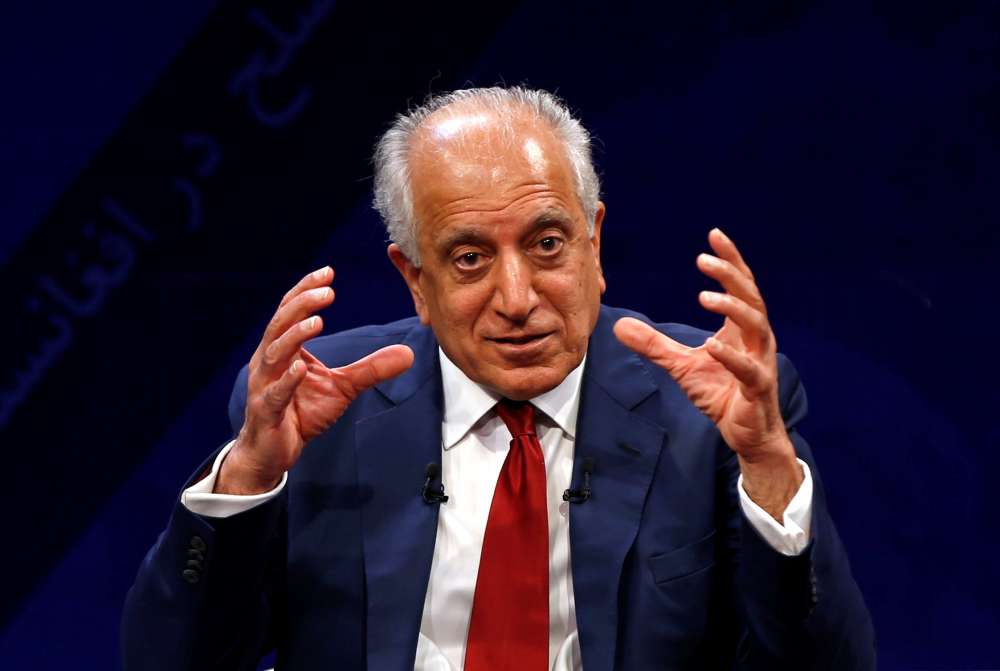 The U.S. special peace envoy for Afghanistan should stop calling on Taliban militants to lay down their arms and tell the United States to end the use of force instead, the Taliban said on Friday.

Zalmay Khalilzad, an Afghan-born U.S. diplomat, entered a sixth round of talks with the hardline Islamist group in Qatar this week in a bid to end America’s longest war.

“In our opening session, I underscored to the Talibs that the Afghan people, who are their brothers & sisters, want this war to end,” Khalilzad said in a tweet.

“It is time to put down arms, stop the violence, & embrace peace.”

“@US4AfghanPeace (Khalilzad’s twitter handle) should forget about the idea of us putting down our arms,” he said.

“Instead of such fantasies, he should drive the idea home (to the U.S.) about ending the use of force and incurring further human and financial losses for the decaying Kabul administration.”

“It would be better if @US4AfghanPeace musters the courage to call a spade a spade, not a gardening tool & accept the current realities.”

Intense fighting continues across the country with the Taliban controlling or influencing more territory than at any point since their ouster at the hands of U.S.-led troops following the Sept. 11, 2001, attacks on the United States.

The United States has about 14,000 troops in Afghanistan as part of a NATO-led mission, known as Resolute Support, that is training and assisting Afghan security forces in their battle against Taliban fighters and extremist groups such as Islamic State and al Qaeda.

After five rounds of talks, Khalilzad reported some progress towards an accord on withdrawing U.S. troops and on how the Taliban would prevent extremists from using Afghanistan to launch attacks.

The Taliban insist that talks cannot move ahead until foreign forces leave.

“Peace will require that we find common ground on four inter-connected issues: troop withdrawal, counter-terrorism assurances, intra-Afghan dialogue & negotiations, and reduction in the violence leading to a comprehensive ceasefire,” Khalilzad said in his tweet.

“Nothing will be final until we agree on all 4 issues.”

In Kabul, President Ashraf Ghani renewed his appeal to hold direct talks with the Taliban and called for an agreement on a ceasefire.

“The Afghan government is ready to announce a ceasefire if the Taliban show readiness in this regard,” he said at the closing ceremony of a Loya Jirga (grand assembly) called to set possible conditions for peace talks.

“Let us prove that only Western countries cannot solve this conflict,” he said. “There is also human civilisation here.”

The Taliban, seeking to restore strict Islamic rule, refuse to talk to the Afghan government which they dismiss as a U.S. puppet.

They also rejected an invitation to the Loya Jirga, attended by 3,200 religious leaders, politicians and representatives from across the country, meeting under a giant white tent in Kabul.

The assembly recommended that a ceasefire should be declared ahead of the holy month of Ramadan, a timetable for U.S. troop withdrawal be set, the Taliban should move their office from Qatar to Afghanistan and amendments to the Afghan constitution be made after a peace agreement is signed.

Opposition figures boycotted the assembly, labelling it an expensive election campaign event for Ghani to secure a second term.

Presidential elections are scheduled for September.