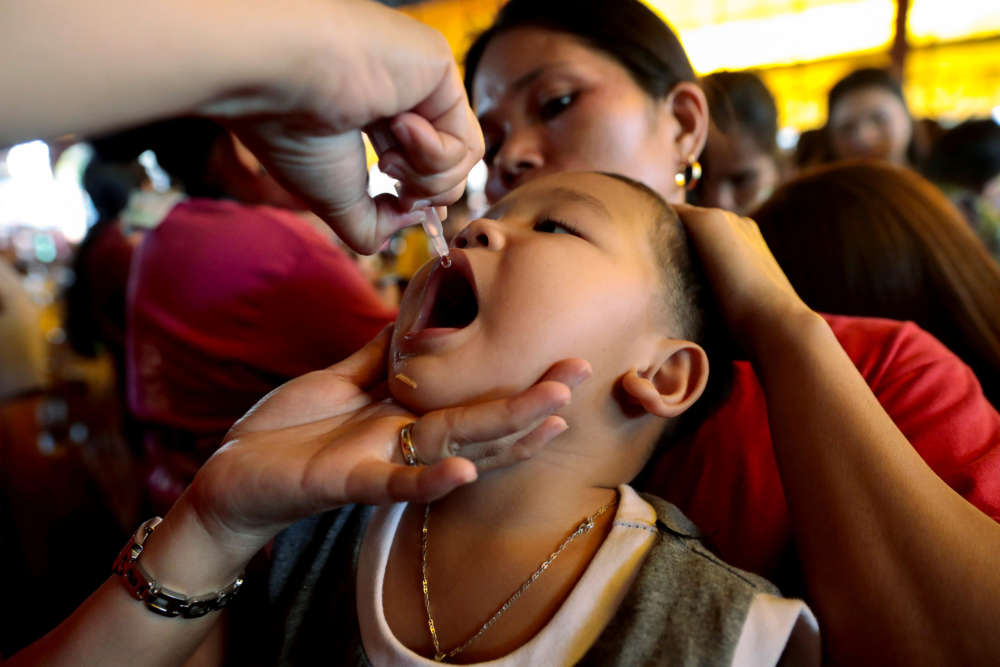 Donor governments and philanthropists pledged $2.6 billion on Tuesday to help fund a worldwide polio eradication plan that has taken decades to reach what global health specialists say is now the “last mile”.

The funding – almost of half of which came in a single donation from the Bill & Melinda Gates Foundation – will be used to immunise 450 million children against polio each year, the World Health Organization (WHO) said in a statement.

WHO Director-General Tedros Adhanom Ghebreyesus said that by seeking to reach “every last child” with vaccines against the crippling viral disease, the Global Polio Eradication Initiative (GPEI) is coming ever closer to achieving a polio-free world.

The WHO last month announced an “historic step” in the fight to wipe out polio, certifying that the second of the three types of the polio virus had been eradicated globally.

Global polio cases have been cut by more than 99% since 1988, but the type 1 polio virus is still endemic in Pakistan and Afghanistan, where it has infected 102 people this year. That is a resurgence from a record low global annual figure of 22 cases in 2017.

Polio invades the nervous system and can cause irreversible paralysis within hours. It cannot be cured, but it can be prevented by vaccination – and a dramatic reduction in cases worldwide in recent decades has been due to intense national and regional immunization campaigns for babies and children.

By In Cyprus
Previous articleEnergean seeks to supply natural gas to Cyprus from Israel
Next articleBritish PM Johnson will probably win this uninspiring election, Farage says