Donald Trump in his own words on Brexit, Britain and Boris 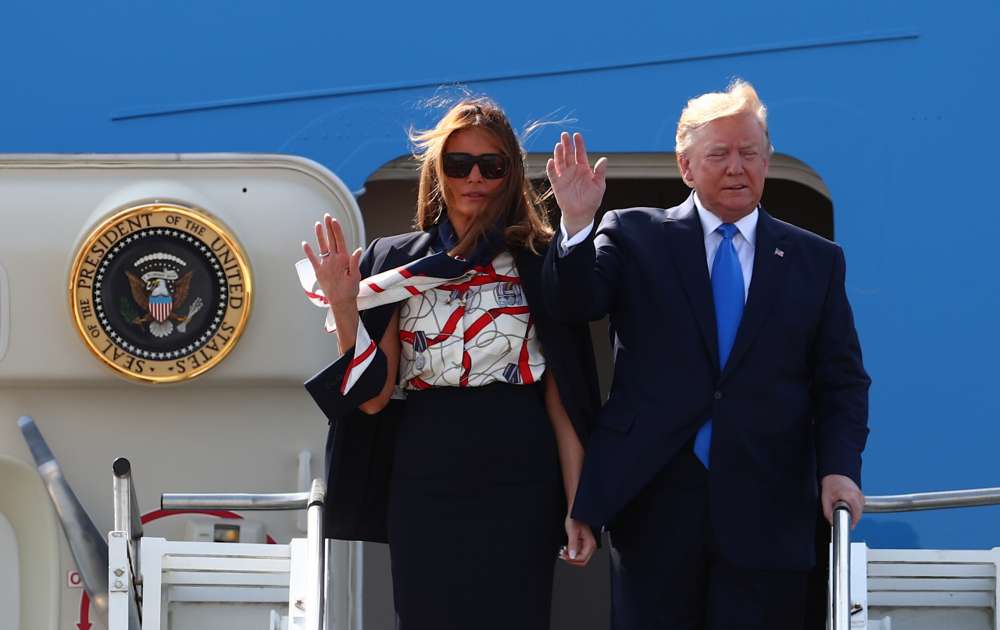 U.S President Donald Trump delivered a withering verdict on British Prime Minister Theresa May’s Brexit strategy, tipped Boris Johnson to be next prime minister, and criticised the wife of Prince Harry ahead of a visit to Britain this week.

Here are some of the main quotes he has given about Brexit, the royal family and protests against his visit:

Trump’s advice for British politicians on how to handle Brexit:

“If they don’t get what they want, I would walk away,” Trump said in an interview with the Sunday Times published over the weekend. “If you don’t get a fair deal, you walk away.”

“I think that the UK allowed the European Union to have all the cards. And it is very hard to play well when one side has all the advantage,” he told The Sun in an interview.

“I had mentioned to Theresa that you have got to build up your ammunition. I am sure that you could have built up a big advantage for your side and negotiated from strength.”

Trump on Boris Johnson, the front runner to be Britain’s next prime minister:

“Boris would do a very good job. I think he would be excellent,” he told The Sun.

He added: “I like him. I have always liked him. I don’t know that he is going to be chosen, but I think he is a very good guy, a very talented person.”

Trump on Nigel Farage, one of the leading figures in the campaign for Britain to leave the European Union:

“I like Nigel a lot. He has a lot to offer,” Trump told the Sunday Times.

“He is a very smart person. They won’t bring him in. Think how well they would do if they did. They just haven’t figured that out yet.”

Khan “by all accounts has done a terrible job as Mayor of London, has been foolishly ‘nasty’ to the visiting President of the United States, by far the most important ally of the United Kingdom,” Trump said on Twitter before landing in Britain.

“He is a stone cold loser who should focus on crime in London, not me.”

Trump on Meghan, Prince Harry’s wife, after being told she referred to him as divisive and a misogynist:

But he wished her well in her new life as a princess. “I am sure she will do excellently.”

“It wasn’t that I was a supporter. I predicted it was going to happen and I was right. And people laughed when I predicted it,” he told reporters in March.

Trump on protests planned during his visit:

“I don’t imagine any US president was ever closer to your great land,” he told The Sun.

Trump on the Queen:

Asked if Trump felt the queen had liked him after a meeting last year, he told the British broadcaster ITV: “I don’t want to speak for her, but I can tell you I liked her. So usually that helps. But I liked her a lot.”

“Just very elegant. And very beautiful. It was really something special,” Trump said of the meeting. “She is so sharp, so wise, so beautiful. Up close, you see she’s so beautiful. She’s a very special person.” Trump on Scotland, the birthplace of his mother:

“I have a mother born in Scotland. And as you know, Stornoway is serious Scotland. You don’t get any more serious than that,” he told The Sun. “It is so beautiful. My mother loved Scotland. My mother also loved the Queen.”

By In Cyprus
Previous articleUpdated: Police, British High Commission issue alert for missing Briton (photo)
Next articlePanayiotou: We draw resources from the EU, but we could do more