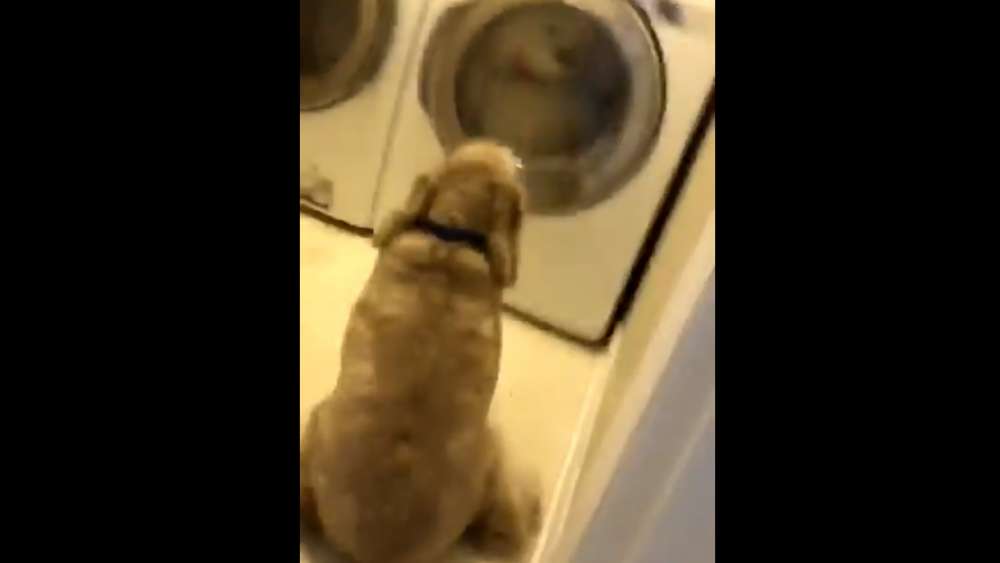 A dog named Habs, recently went through a traumatic experience as he was briefly separated from his favourite toy.

Throughout the bear’s soapy ordeal, Habs never left his side.

“Habs has always been inseparable from the bear. He likes to bring the bear all around the house,” Estey told The Dodo.

my dog has a stuffed bear that he always hangs out with and he sat in front of the dryer the whole cycle just to make sure he would be okay?? pic.twitter.com/h8gCzFUdDX

“I have never seen him do that for anything in the wash, other than his bear,” Estey said. “It was hilarious when I realized he was sitting there for the whole entire cycle and wasn’t moving for anything!”

Thankfully for Habs, the wash ended soon and he was reunited with his bear. However, Habs seemed to have been reliving the traumatising experience.

“I heard Habs scratching at the dryer door,” Estey said. “When I went in there, he was looking for his bear in the washer and dryer!”

update: his bear is down stairs now but I went to find habs and he was looking in the washing machine for the bear? pic.twitter.com/XIIY6pcr1Q

In fact, the bear was safe in the bed he shares with Habs.

“I walked him downstairs and showed him where his bear was, where he continued to lay down next to his bear,” Estey said.

For everyone who wanted a pupdate, habs has been reunited with his bear!!! pic.twitter.com/tANCRZnfLZ