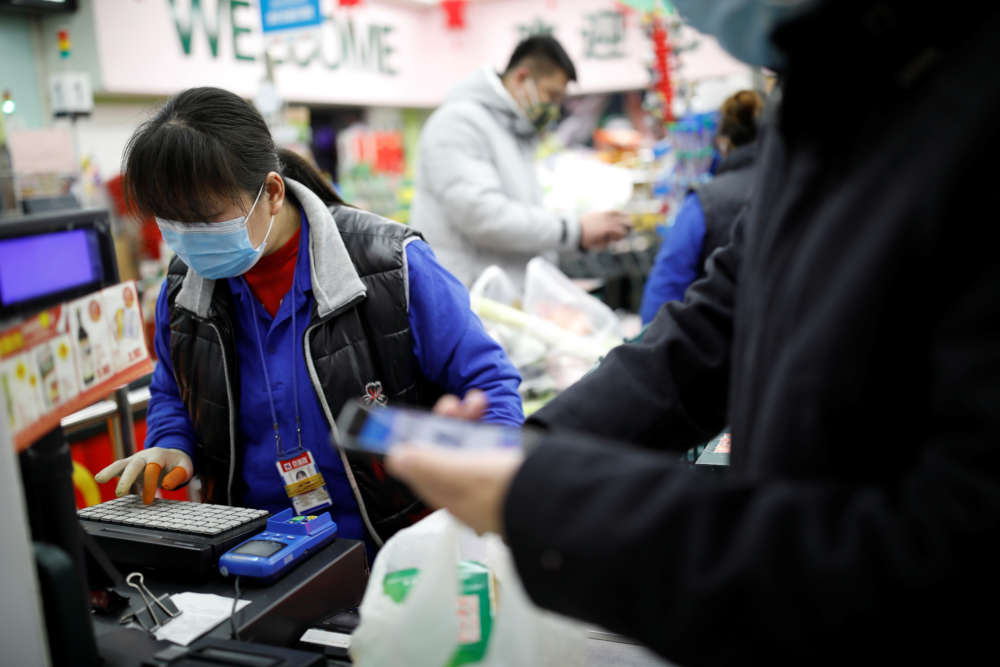 The United States, Japan and others tightened travel curbs to virus-hit China on Friday while businesses struggled with supply problems from an epidemic that has infected nearly 10,000 people and been declared a global emergency.

Russia, Britain and Italy all reported their first two cases, Rome declaring its own national emergency as it sought to reconstruct the itinerary of two infected Chinese tourists.

Deaths from the outbreak rose to 213, all within China where the coronavirus came from animals in central Wuhan city.

“Do not travel to China due to novel coronavirus first identified in Wuhan,” the U.S. State Department said, raising the warning for China to the same level as Afghanistan and Iraq.

Japan also advised citizens to put off non-urgent travel to China, while Bahrain recommended no travel to any country hit by the virus, and Iran urged a ban on all travellers from China.

Singapore, a major travel hub in Asia, stopped entry of passengers with a recent history of travel to China and also suspended visas for Chinese passport holders.

The ban extends to those just transiting Singapore.

With major fallout inevitable for the world’s No. 2 economy, global shares were heading for their biggest weekly losses since August on Friday, and oil and metals markets were showing even more brutal damage.

In the latest impact to big name corporations, South Korea’s Hyundai Motor said it planned to halt production of a sport utility vehicle this weekend to cope with a supply disruption caused by the outbreak. Sangyong Motor said it would idle its plant in the South Korean city of Pyeongtaek from Feb. 4-12 for the same reason.

BEIJING: “WE WILL WIN”

After holding off as the crisis grew, the World Health Organization (WHO) said on Thursday the epidemic in China now constituted a public health emergency of international concern.

In response, Beijing said it had taken “the most comprehensive and rigorous prevention and control measures”.

“We have full confidence and capability to win this fight,” added foreign ministry spokeswoman Hua Chunying.

The roughly 60 million residents of Hubei province, where Wuhan is the capital, have had movements curbed to try and slow the spread. But some people were leaving and entering the area by foot on a bridge over the Yangtze river, a Reuters witness said, and infections have jumped in two cities flanking Wuhan.

Wuhan’s Communist Party chief said the city should have acted earlier to contain the virus.

The number of confirmed cases in China has risen beyond 9,800, Beijing’s envoy to the United Nations in Vienna said.

More than 130 cases have been reported in at least 24 other countries and regions. German cases rose to six with the infection of a child.

The WHO has reported at least eight cases of human-to-human transmission – as opposed to people coming infected from China – in four countries: the United States, Germany, Japan and Vietnam. Thailand said it too had such a case.

Amid the rising public alarm, which has also brought a wave of anti-China sentiment around the world, various major airlines have stopped flying to mainland China, including Air France KLM SA, British Airways, Lufthansa and Virgin Atlantic. Others have cut flights.

Russia said all direct flights to China would be halted on Friday, with the exception of national airline Aeroflot.

Governments around the world are evacuating citizens from Hubei and putting them in quarantine. A plane with 83 British and 27 foreign nationals landed in Britain on Friday.

Seeking to prevent panic, WHO Director-General Tedros Adhanom Ghebreyesus has commended China for its efforts and said the global health body was not recommending curbs on travel or trade with Beijing.

China’s statistics show just over 2% of infected people have died, suggesting the virus is less deadly than the 2002-2003 outbreak of the Severe Acute Respiratory Syndrome (SARS).

But economists fear its impact could be bigger than SARS, which killed about 800 people at an estimated cost of $33 billion to the global economy, since China’s share of the world economy is now far greater.

There was rare good news, however, for movie fans as cinema attendance plummets across China: martial arts film “Enter the Fat Dragon” was to premiere via video streaming on Saturday, its makers said, after dropping plans for a theatre debut.