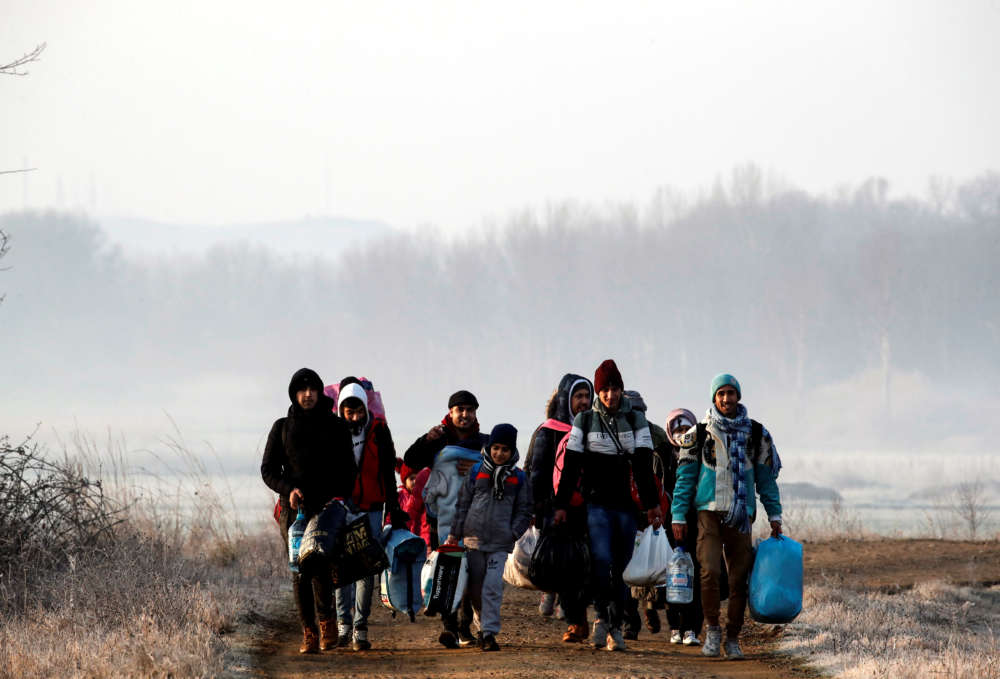 The European Union, anxious to avoid any repeat of the 2015-16 migration chaos, is scrambling to react after Turkey said it would no longer abide by a 2016 deal under which it has been preventing refugees and migrants from heading for Europe.

Here are the bloc’s options as the latest escalation of the war in Syria revives migration worries in Europe.

The bloc sealed a deal with Turkey in March 2016 offering 6 billion euros ($6.6 billion) in exchange for Ankara preventing refugees and migrants on its soil from departing for Europe.

The deal has since reduced arrival numbers in the EU from Turkey to a trickle and the bloc has already said it is determined to keep the scheme with Ankara going, meaning more money may be on the cards.

That might be a tough sell among the 27 EU member states, however, at a time when they are fighting over their next long-term budget from 2021.

But the fact that the statement came from Michel, rather than all 27 EU countries, already highlights divisions in the bloc on agreeing a joint line on Turkey.

The bloc’s ties with Ankara have been strained since Erdogan orchestrated a sweeping crackdown on dissent in Turkey in the aftermath of a botched coup against him in 2016.

More recently, the EU slapped sanctions on Turkey over hydrocarbon drilling off Cyprus, and Ankara’s relations with EU member Greece are tense at the best of times.

Greece and Turkey share a border and have already traded barbs over tensions building up at the frontier where refugees and migrants have started arriving in large numbers in the past few days.

The EU’s Michel has already suggested the bloc was ready to step up humanitarian support for Syria’s north-western region of Idlib, one of the last areas held by Turkey-backed rebels fighting against Syrian President Bashar al-Assad, who is sponsored by Moscow.

The bloc’s executive body, the European Commission, has called for an emergency meeting of EU migration ministers and said it was ready to engage its border agency Frontex to help police the bloc’s external border with Turkey in Greece and Bulgaria.

Back in 2015-16, Greece was overwhelmed with mass arrivals and let many people pass through to other countries in the EU. Other EU states reacted by reinstating border checks inside what is normally the bloc’s free-travel zone to prevent the uncontrolled movement of people.

The free-travel area is a key achievement of European integration. The bloc wants to avoid another collapse of the system and does not want to reignite bitter feuds between EU member states over who is responsible for the refugees and migrants arriving.

Turkey’s move to open up the route to Europe for refugees and migrants, in reaction to the Idlib strike, was seen in Brussels as an effort to drag the bloc into the situation and secure support for Turkey against Russia.

The German and French leaders – as well as the head of NATO – have already expressed concern about the humanitarian situation in Idlib and urged an end to the conflict.

By In Cyprus
Previous articleHealth Minister: 36 year old tests negative for coronavirus
Next articleUnite Cyprus call for release of demonstrator, opening of checkpoints