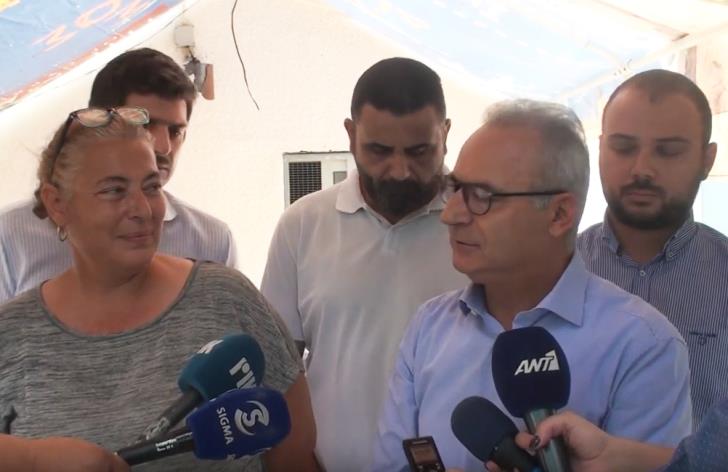 Disy president Averof Neophytou and MPs on Saturday visited Saving Pound Dogs Cyprus where they delivered 250 kilos of dog food and were briefed on the NGO’s activities.

The visit was held on the occasion of World Animal Day that is marked annually on October 4.

A non profit NGO registered in Cyprus and the UK, Saving Pound Dogs Cyprus is a no kill shelter currently looking after nearly 100 dogs at the shelter and in foster homes. Of these nine will stay with them for ever as they cannot be adopted for various reasons, either health or because they have been abused and are scared of people, she added.

The NGO relies exclusively on contributions and volunteers.

Neophytou said that the party delegation was visiting the shelter in order to listen to the volunteers. “We have noted the problems. We understand what the state must do. We will discuss these issues with authorities. Volunteerism in Cyprus has covered and continues to cover a lot of inadequacies of the state. I think it is time for the state to give practical support to volunteers and this is what we will do,” he added.

Congratulating the volunteers for their efforts and noting that people’s behaviour towards animals was indicative of a country’s culture, Neophytou said that Disy would do their bit to help them.

According to NGO’s Facebook page, Saving Pound Dogs – Cyprus [SPDC] is a group of volunteers trying to save dogs that have ended up in various local dog pounds.

SPDC has a sanctuary near Nicosia and also use foster homes to take care of the abandoned, abused and neglected dogs in its care.

As well as the Nicosia Sanctuary SPDC have responsibility for the dogs in a municipality pound in Limassol.

By In Cyprus
Previous articlePedestrian in intensive care after being hit by car in Limassol
Next articleLimassol: Foreign student loses hand in industrial accident, employer arrested