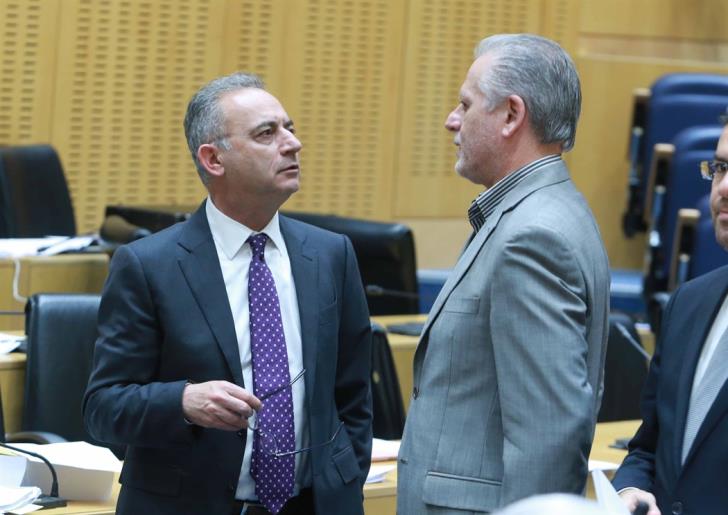 DISY Chairman Averof Neophytou and EDEK President Marinos Sizopoulos expressed their optimism that with understanding a solution to the budget issue will soon be found.

During a meeting at EDEK offices, the two leaders discussed the proposals of EDEK to the government so that the party will vote for the budget.

In a statement after the meeting, Averof Neophytou thanked the EDEK Chairman for the opportunity to discuss how to get the country out of new adventures. He also noted that this is the first time, except in 1963, that the country is without a budget.

On his part, Sizopoulos said the discussion was very constructive, adding that EDEK participates in this dialogue being fully aware of its responsibilities and without any blackmailing dilemmas.