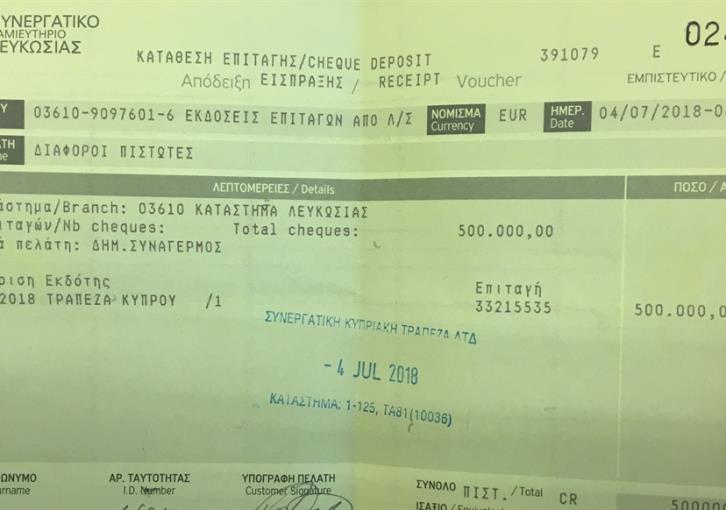 DISY on Wednesday deposited €500,000 in the Cyprus Co-operative Bank in a show of confidence in the embattled co-op.

The sum represents the party’s budget for salaries and other expenses through to the end of the year.

DISY had repeatedly reassured the public that deposits at the co-op were in no danger. On Tuesday, its president Averof Neophytou said the party would put words into action, and on Wednesday the party went ahead with the deposit.

The co-op has found itself in the eye of the storm as the House Finance Committee discusses state guarantees for Hellenic Bank potential losses from its deal with the CCB.

The state guarantees, expected to go to the plenary on Friday, are integral to the Hellenic-CCB deal.

Despite repeated assurances from the Central Bank and the government that deposits are guaranteed, clients have flocked to co-op branches with reports saying that some €300m has been withdrawn in the past few days.