Dismantling of War Museum has begun 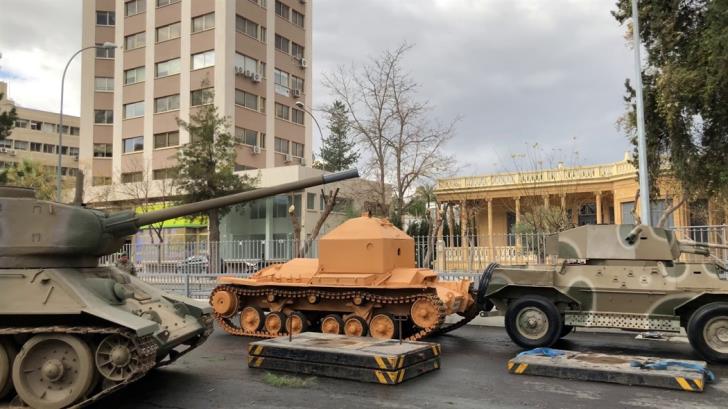 The process of the dismantling the War Museum began yesterday, even before it had the chance to open its doors to the public, highlighting an unforgivable sloppiness and incompetence on the part of the authorities. After estimating that the building on Lord Byron Street 13, in Nicosia, near the Greek Embassy, ​​was suitable for the operation of the Museum of Military History and after tanks that were preserved as museum exhibits to be displayed outside the museum where transported to the location, it was concluded that the space isn’t sufficient to host all exhibits. A study which was carried out under the term of the Minister of Defence, Savvas Angelides, indicated that thousands of euros would be required for the interior design of the building. Had this study been carried out by Angelides’ predecessor, Christoforos Fokaides, the Republic would have saved several thousands of euros spent on transporting tanks back and forth as well as the salary of workers who carried out the transport.

Last August, upon recommendation of Defence Minister Savvas Angelides, the Council of Ministers annulled its previous decision (taken on 29/8/2017) to open a Museum of Military History at 13 Lord Byron Avenue in Nicosia, and approved its erection next to the military cemetery and war memorial of Tymvos in Makedonitissa which belongs to the Ministry of Defence. As the Ministry of Defence indicated, a building study for the Museum’s construction has already been prepared and will be included in the financial framework of 2019 – 202. The building on Lord Byron Avenue, owned by the Ministry of Defence, will be granted of the Republic to meet its own housing needs.

During the early hours of the morning, a section of Lord Byron Avenue was blocked by the Police and the Army when a crane was brought to the area to remove tanks which had been transported to the courtyard of the building in January 2018 as future exhibits. Reportedly, there will be a second removal of tanks.

Hearing the news of a Museum of Military History in Nicosia being opened in the future, resistance associations as well as collectors were eager to donate various military relics and souvenirs to be displayed at the Museum. It is also noted that more than 500 exhibits such as clothing, war flags, books, photographic material, as well as other military relics related to the history of the National Guard which are being kept at the Directorate of National Guard History (IDF / GEF) will be given to the War Museum when and if erected near Tymvos.