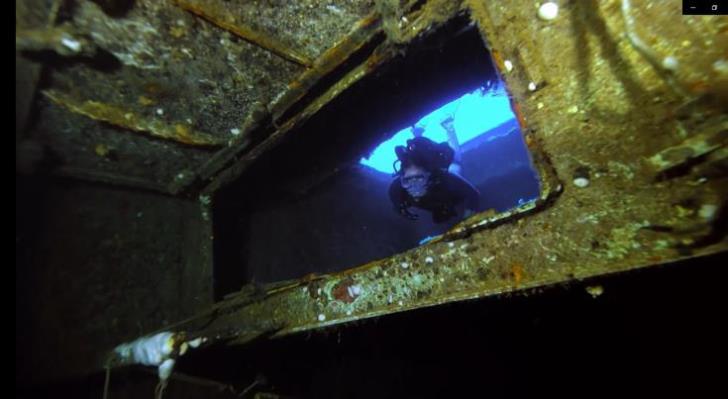 A recent Discovery Channel documentary investigated the theory that Zenobia, a ferry that sank off Larnaca in 1980, was deliberately taken down by Israeli and British secret services.

The documentary “Zenobia shipwreck, Mystery of the Spy Sabotage,” part of the Legends of the Deep series, was presented by Fabien and Celine Cousteau, grandchildren of legendary explorer, filmmaker and conservationist Jacques Cousteau.

MS Zenobia was a Swedish ferry launched in 1979 that capsized and sank close to Larnaca in June 1980 on her maiden voyage. She now rests on her port side in approximately 42 metres of water and was named by The Times, and many others, as one of the top ten wreck diving sites in the world.

Fabien and Celine Cousteau dived in Larnaca to research the theory that the ferry was purposely shipwrecked, as it was possibly transferring military equipment (which was found in the wreck) to the PLO (Palestine Liberation Organisation).

According to the documentary, the theory is reinforced by the fact that the vessel had started its journey from Yugoslavia and was travelling to Syria. At the time, PLO received training in Yugoslavia.

The Cousteau pair said that they were surprised by the size of the ship and the amount of trucks it was transferring.

“Someone wanted to shipwreck Zenobia” said Fabien in the documentary while Celine stated that “the mystery around Zenobia is still alive.”

“Based on a few different indications the theory could be real,” said Director of Zenobia AAK Larnaca-Napa Sea Cruises Andreas Panayiotou.

The Larnaca Tourism Board issued an announcement regarding the documentary on Friday, saying that the theory should be investigated further.

“The Larnaca Tourism Board considers that the theory presented in the documentary needs further investigation. Zenobia is a big tourist attraction for Larnaca as it is one of the best wreck diving sites in the world, attracting more than 100,000 divers per year, while it is the most important reef of our country,” the Larnaca board said.

It added that in June 2020 it will organising a number of events to market the 40 years since the sinking of the ferry.