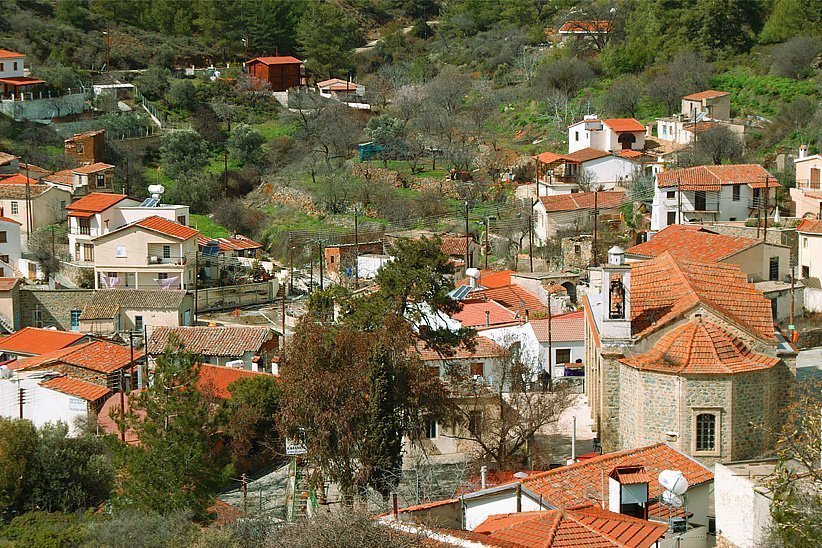 The village of Vavatsinia was founded during the Arabic raids. The first inhabitants were shepherds coming from the nearby villages Panayia, Ayios Nicolaos and Ayia Marina. The residents of these villages had to leave the shore to escape from the Arabs and to find rescue on the mountains, together with their animals. The village has taken its name from one black currant tree, which still exists by the river and its producing big black currants. The specific tree’s root was a natural water source and was a meeting place of travellers coming from the nearby villages of Ayioi Vavatsinias, Odou, Ora towards the village Lefkara. 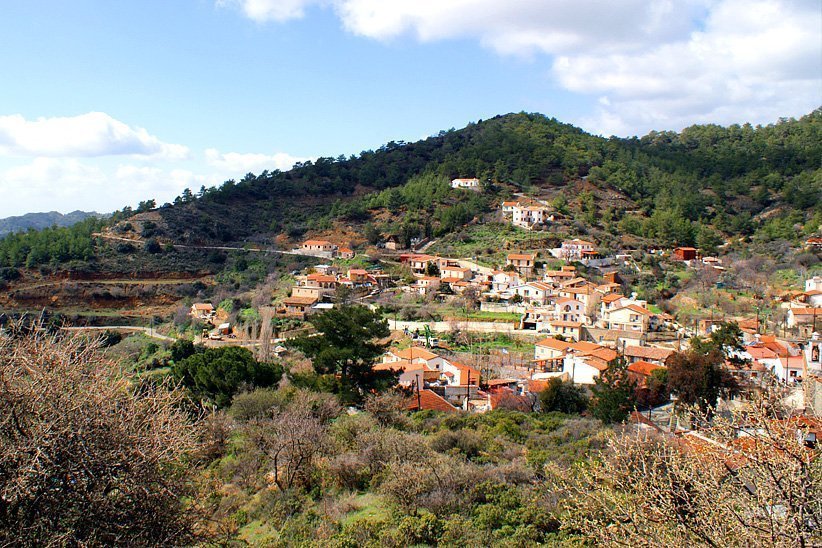 The Holy church of Saint George
“This is the main church in the village, dedicated to saint George The Glorious. It was built in 1912 and entirely paid for by Michalis Tsolakides who had emigrated to Egypt but who never forgot his village of Vavatsinia. The church which is of the basilica style is to the 23 April and on 3 November. The church was built on the spot where there was a large “Trimithia” bush where villagers used to light a candle in honour of saint George. 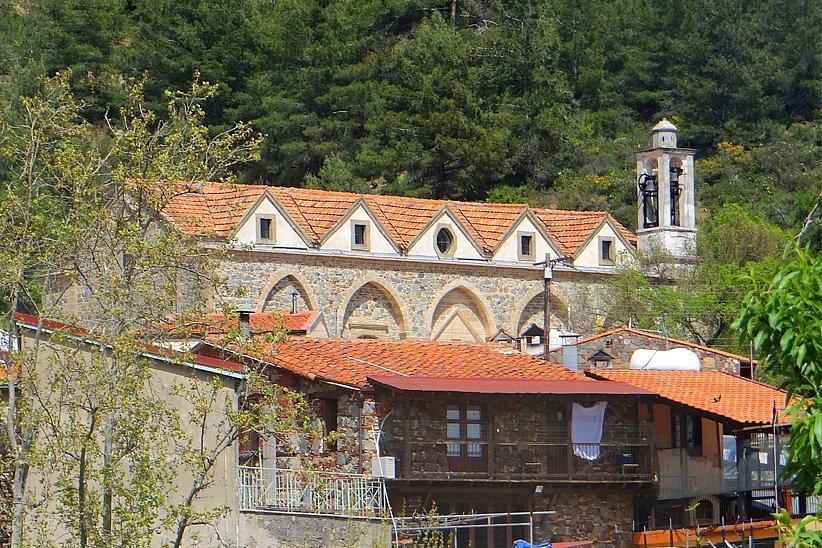 The church of The All Holy Mother of God
“This was the first church of the village, was rebuilt in 1850 and is located east of the village. The church is famous for its singular “gynaeconiti” or gynaeceum (ladies section discreetly situated on a first floor level at the rear of the church) and is under the protection of the Antiquities Department. The church commemorates on 15 August after celebrations ensue.

The church of the Holy Mother of God, of the Koumniou
The church of the Holy Mother of God, of the “Koumniou” (earthen cask). This small church is situated south of the village on the road to Ora. It was built in 1979 to replace an older church which was dismantled. Unfortunately it is badly in need of repair and the church committee is hoping to raise the funds to build a new one based on the design of the original. It was named as above because of a small icon found hidden inside an earthen cask (‘Koumni’) by villagers as they cultivated their land. The villagers tried to transfer the icon to the village. During the day they used to take it to the village but during the evening it found its way back to its original spot. Thus they decided to build a small church at the specific site where it was found. The icon dates back to the eighteenth century and is commemorated on the Tuesday after Easter; a church service takes place after which a feast follows.

The church of Christ the saviour
This a small church located north of the village on the Machairas road. It was built on land donated by Mrs. Androulla Palate and the remains of an old church dedicated to Saint Nicolaos; it is to be found south east of the village.

Church of Saint Raphael and saint Nicolaos
This small church was built at the initiative of Mr. Antonis Kakoulli. Near the site where it is built there are remains of an old church dedicated to saint Nicolaos; it is to be found south east of the village.

Vavatsinia Nature
At the village of Vavatsinia you can enjoy an amazing climate, in one of the cleanest area of Cyprus, where its climate is semi-arid. The landscape is spectacular, covered with closed broadleaved deciduous forest. The climate is classified as mild with dry and hot during the summer season, which is the usual climate that you can find in the mountain villages of Cyprus, following the climate of Mediterranean. 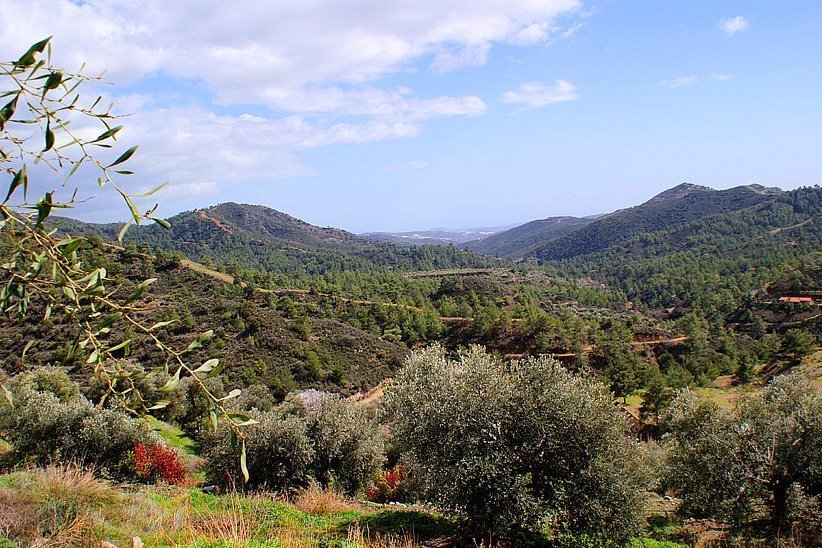 Village Square
The square of the village is situated at the entrance of the village. It has been constructed paved after the initiative of the Community Council and the funding of the District Administration Larnaca.

The square and park
The square and park to be found within the area of the village stream, and where the first well of the village is situated which was the main source of drinking water at the time. There where also dug a number of other underground sources of water to augment the village’s water supply. From the square the visitor can walk along the footpath which crisscrosses the stream and can then rest on the platform to be found at its lower part.

Athasia (almond tree) footpath
This is north of the village and one comes across it on travelling to Machairas Monastery. Signposts are to be found giving directions leading to the Athasia cave. The area where the cave is located is called Kakarmata and is within the forest of Machairas. The cave was excavated during the Frankish period by prospectors for copper.

Distillery
This is to be found at the centre of the village and was renovated in 2007. The distiller is a gift from Kyriakos Agathokli and is used by many villagers for the making of zivania. 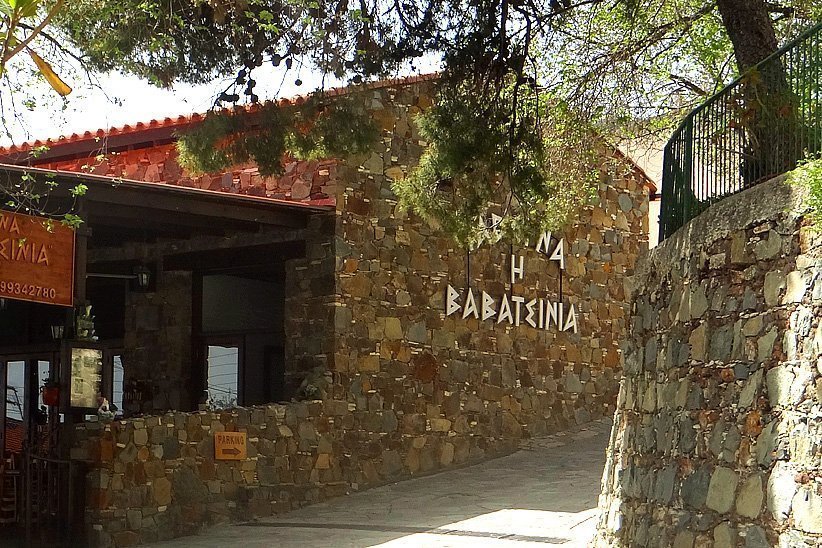