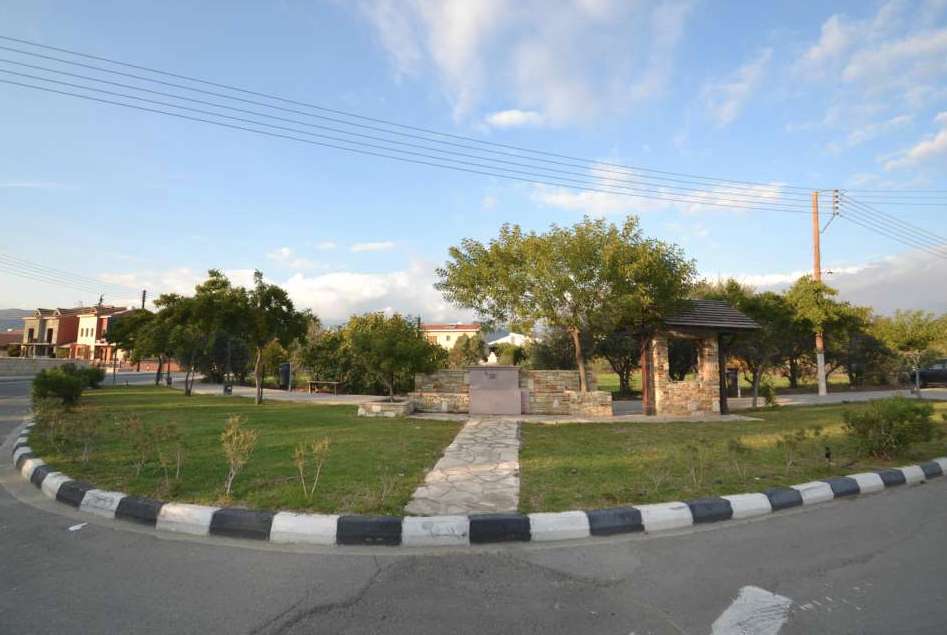 The village of Pyrgos is in the Limassol district, about 13 kilometres east of the city of Limassol. Its administrative boundaries reach up to the sea.

Pyrgos receives an annual rainfall of about 430 millimetres; citrus, olive and locust trees, cereals, forage plants, various fruit trees, a few grapevines and very few legumes are cultivated in the area. Various types of vegetables and especially tomatoes are also cultivated. Pyrgos is famous for the quality of its tomatoes.

Stockbreeding in the village is limited.

The village is included in the large irrigation project of the South Duct and has benefited in the context of the second phase with the irrigation of about 100 hectares.

The village existed during the Medieval times under the exact same name. In old maps it is marked under the name Pirgo and Birgo.

The name of the village originated from the fact that there was a tower in the region, apparently one of the Byzantine years. A tower must have existed also during the Frank domination era, in the sense of a central building of a family of nobles, to which the village -as a feud -belonged to. We have no records on which family of nobles it belonged to.

The inhabitants of Pyrgos call it “Panagia I Neroforousa” or “Panagia ton Eisodion” (Blessed Virgin Mary” the Water-bearing” or “of the Harvest”). It is located about 150 meters west of the village’s main church, the “Panagia Pyrgotissa”. It was constructed during the era of the Venetian Rule, around the end of the 13th and the beginning of the 14th century. A small and austere, stone-made, little church of the Basilica style. From information that we have gathered, the hagiographic icon of the Blessed Virgin Mary is extant and preserved. The hagiography is dated about 550 years old. This icons is kept in the main church of the village and it is carried to the little church during the day that “Panagia I Neroforousa” or “Panagia ton Eisodion” celebrates on the 21st of October. During Her day a liturgy takes place, known to all the faithful, as well as a prayer for rain. It is from this that She took the Name “Panagia Neroforousa” (Water-bearing).

Internally, this church is flat with a very old, wooden icon screen, that was constructed in 1856. Across from the High Altar and up above, there is a fresco with a representation of the Twelve Apostles while they receive the Holy Communion. A bit higher up there is the hagiography called “Panagia Platytera”. Entering through the north gate, right across it, there is a hagiography with a representation of the “Agio Mantilio” (Holy Veronica). (When Christ was carrying His cross while ascending Golgotha, Saint Veronica used this handkerchief to wipe Christ’s wounds and tears). At the back end of the church there is a room, the so called “katichoumeno”. The “katichoumeno” is an extension of the church, although it is separated from the rest of the temple by a large apse. This is the area where the Christians who hadn’t been baptised yet were standing whenever they came to church. 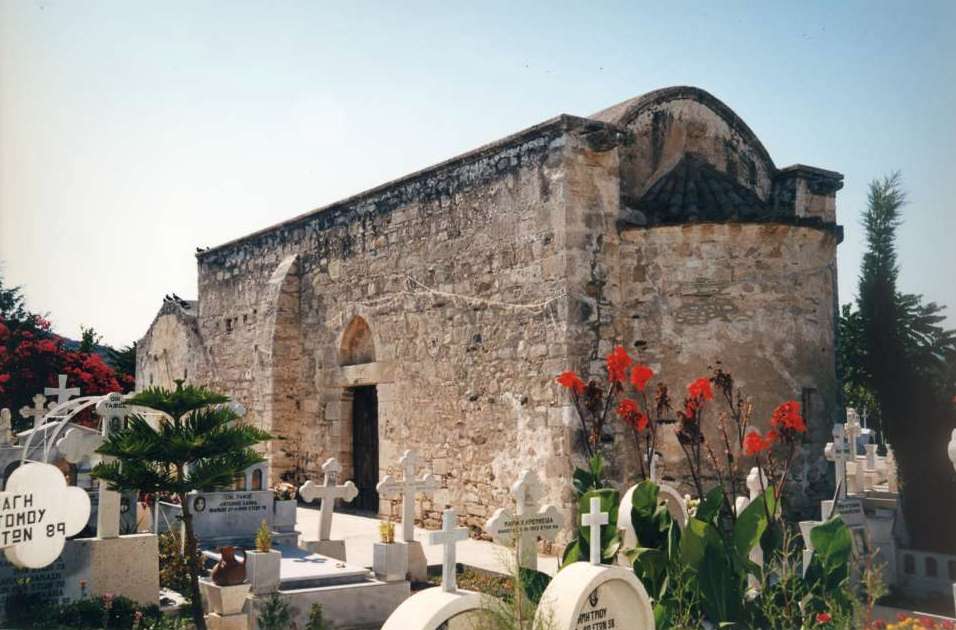 Pyrgos appears for the first time in a written source of the Frank era, in a letter of 1224 by Pope Honorius III. The establishment of a monastery in Pyrgos during the same century (13th) is also mentioned, being the only monastery for men of the Latin (Roman Catholic) Monastic Order of the Cistercians in Cyprus. It seems that the Cistercian monks resided in Pyrgos from 1238 until 1251, maintaining their properties there at least until the end of the 15th century.

The Cistercians cultivated their estate and utilised the agricultural production. For that purpose they had constructed a high-tech irrigation system, as they were in the habit of doing in their abbeys and other places

The village’s extant, imposing, water-driven mill with its characteristic Mediaeval arch in the area of the vane, the triangular cistern above, and the extremely large (35X25 m.), rectangular, double cistern about 300 meters north-west of the mill, are connected with the exploitation of the water’s energy.

The cistern was supplied by the waters of a spring that still exists today. Through a long raceway the water was gathered in the triangular cistern and was channelled to the mill’s pit, inside the tall, scaled water-tower.

These constructions, as well as the large-scale irrigation and hydraulic system, are characteristics of the Cistercians’ high-tech and unique samples of their type in Cyprus, perhaps also of the entire eastern Mediterranean.

Because of its architectural and historical importance, the Mediaeval Water-mill in Pyrgos has been declared -since 1984 -as an “Ancient Monument” (Index II) by the Antiquities Department.

The excavations in the water-driven flourmill -in the village Pyrgos of the Limassol district -are complete. 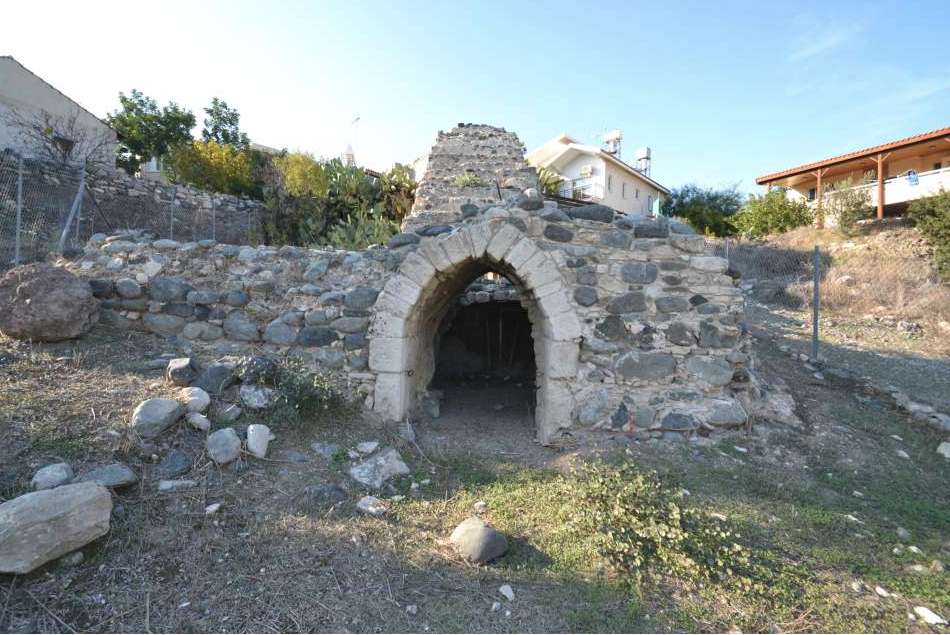 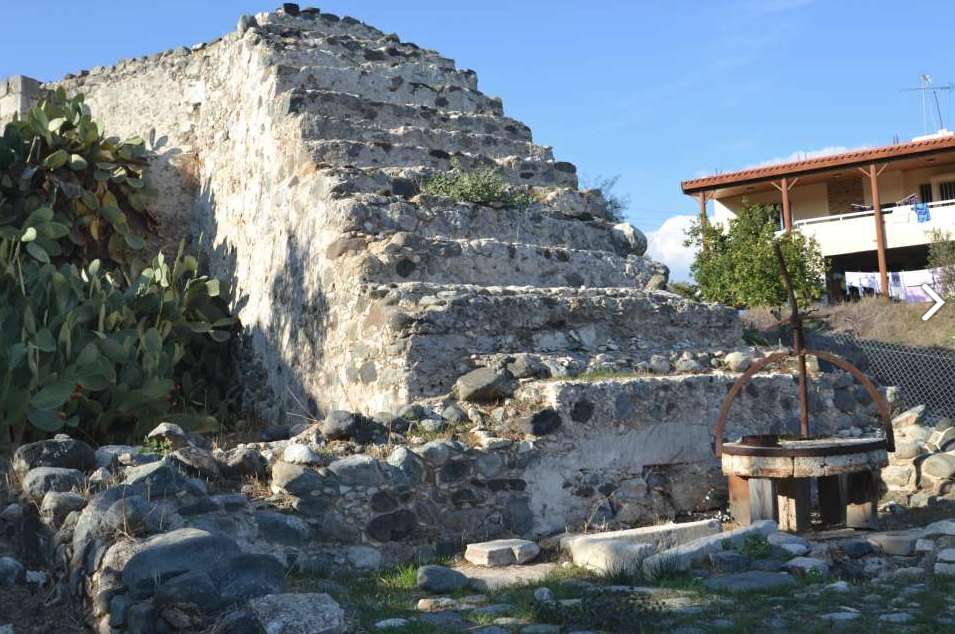 In the East side of the tourist region of Limassol, between the five star luxurious hotels of LE MERIDIEN and ST. RAPHAEL, it is found the unique beautiful beach “AORATOI”, that belongs to the community of Pyrgos Limassol.

The beach is extended over a length of 1000 meters and has a sandy beach of 30 meters. The blue spotless sea has at its bigger part sandy bottom.

The beach is cleaned daily with a special machine and at its utmost, baskets have been placed. Particular attention is given not to destroy the “lily of the sand”, that flourishes in the sand of the beach, neither the wild vegetation near the beach.

From June 1997 the Community Council of Pyrgos, has an employee during the summer months, in order to monitor for the cleanness of the beach and also for the renting of umbrellas and beds to the local and foreigner bathers.

Since 1998 the community follows all the directives on the acquisition of the Blue Flag. Except from all the other, there is cleaning of the beach by the students of the public school in order to culture the environmental conscience.

It is also shortly programmed, the manufacture of pavement over the length of the beach, public WC and showers. 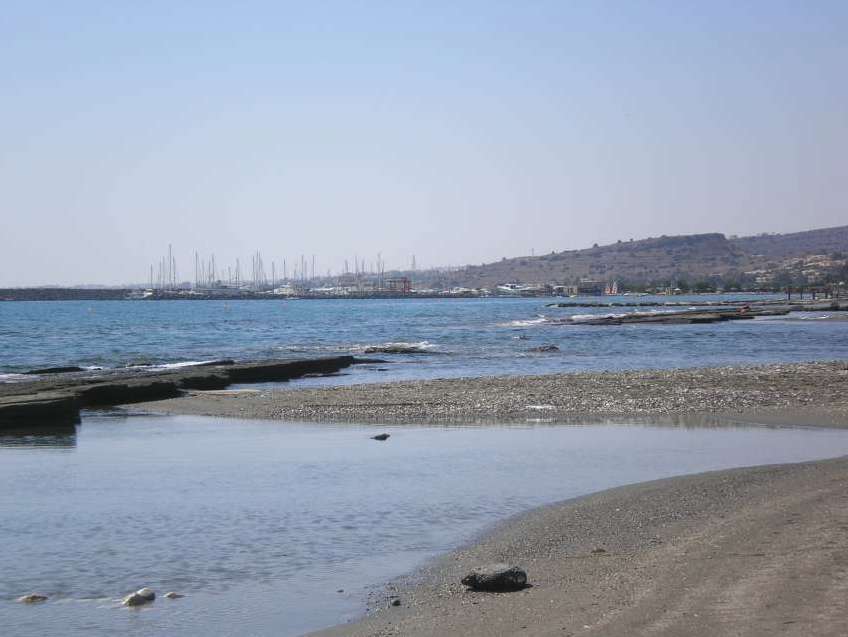 Courtesy of the Community Council of Pyrgos