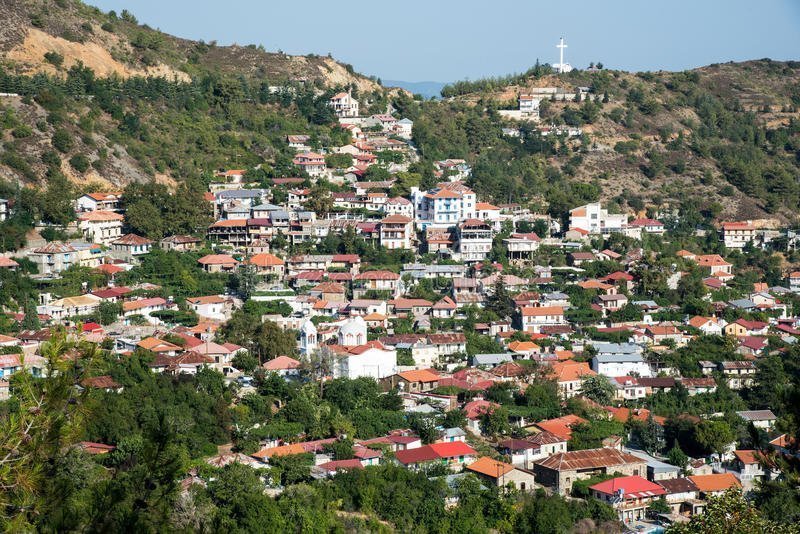 Located in the Troodos mountains, in the Marathasa Valley of the Lefkosia (Nicosia) district, the village of Pedoulas sits at an altitude of 1.100 metres. It can be reached from Lefkosia by following the E901, then the B9, followed by the E908, and finally the F960.

Pedoulas sits amidst orchards and is particularly known for its cherries and the products made from the fruit.

The village is very significant in religious terms thanks to its important church of Archangelos Michael (1474), which ranks among the most impressive Byzantine churches in Cyprus with its amazing frescos. The church is part of the route of 10 Byzantine churches, which are included on the UNESCO World Heritage List. Close to the church is the Pedoulas Byzantine Museum, which was established in order to house and preserve icons and artefacts from churches in the region, with exhibits dating from the 12th century.

Its other interesting sites include the Folk Art Museum, which exhibits the villager’s daily way of life, customs and traditions of the past, and the natural spring, which is said to hold the key to longevity. Many visitors enjoy a refreshing drink of water from the spring when they pass through the village, or stay for a while at one of its quaint hotels.

1. The Church of the Archangel Michael and Byzantine Museum
The painted church of the Archangelos Michael is situated in the lowest part of the village. It is a listed UNESCO World Heritage Site and dates to 1474. It has a pitched wooden roof typical of the Troodos churches. The wall paintings are in the local post- Byzantine style that developed prior to Venetian rule.
Pedoulas Byzantine museum is located a few metres away from the church. It was established to house and preserve icons and artifacts dating from the 12th century. All the exhibits come from churches in the region.
Tel: 99635584

2. Folk Art Museum
The Folk Art Museum exhibits depict the way of life, customs, traditions and history of the Marathasa village com munities. On view are traditional rural objects, such as local dresses, wood-carved furniture and other household and agricultural objects.
Tel: 22952140