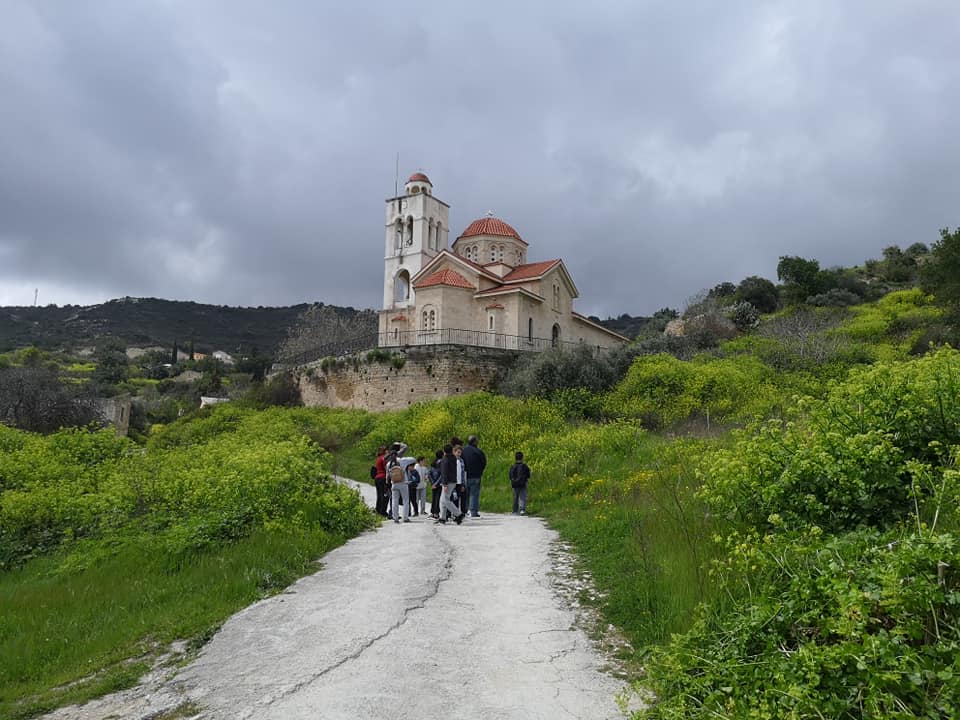 Pano Kivides (known as Kivides) is a small village in the Limassol district, 25km northwest of the town of Limassol. The village used to be located around 3 km western wards of its current location, however due to floods and erosion, the government moved its whole population in its current location.

The abandoned Turkish-Cypriot village of Kato Kivides, lies west of the village.

Τhis is the only church in Cyprus which is dedicated to the five Saints Akindinoi.

Saints Akindinoi were Persian soldiers who embraced Christianity. When King Sappor found out their betrayal he ordered their death by burning them in fire.During the execution a strong rain took place, putting out the fire. King Sappor then draw his sword and decapitated one of them with the name Afthonios and he ordered the guards to throw the other four in a fired cauldron. Their names are Akindinos, Afthonios, Elpidoforos, Anempodistos and Pigasios.

A traditional festival is held in their memory every Sunday of Thomas. The Chapel is dated back to the Frankish Rule period. Ιt is built with limestone cubes.

The other churches of the villages are: