As its name implies (‘palaio’ means old), this is a very old village. The village is mentioned in 13th century documents and it is believed the King of Cyprus Henry II gave it to the Knights Templars. Even today some of the surnames of the inhabitants have Latin roots. The 16th century church of Panagia Chrysopantanassa has marvelous wall paintings.
Also worth a visit are the Liberation Struggle Museum in a house, which was once a hide-out for 1955-59 EOKA fighters, as well as the Monument to the Cypriot Mother which overlooks the region. The village is famous for its smoked ham and spicy sausages.

1. The Church of the Transfiguration of the Saviour (Metamorfosis tou Sotiros)
A listed UNESCO World Heritage Site, the church is an early 16th century chapel on the hill overlooking the village. Its interior is completely painted with one of the most accomplished series of murals of the post-Byzantine period.

2. Byzantine Heritage Museum
The museum is housed in a restored building. It exhibits Byzantine artifacts and icons from the churches of Palaichori and nearby villages. The exhibits date from the 12th to the 17th centuries. They include silver and bronze work, wood-carving and textiles.

The statue of Mother 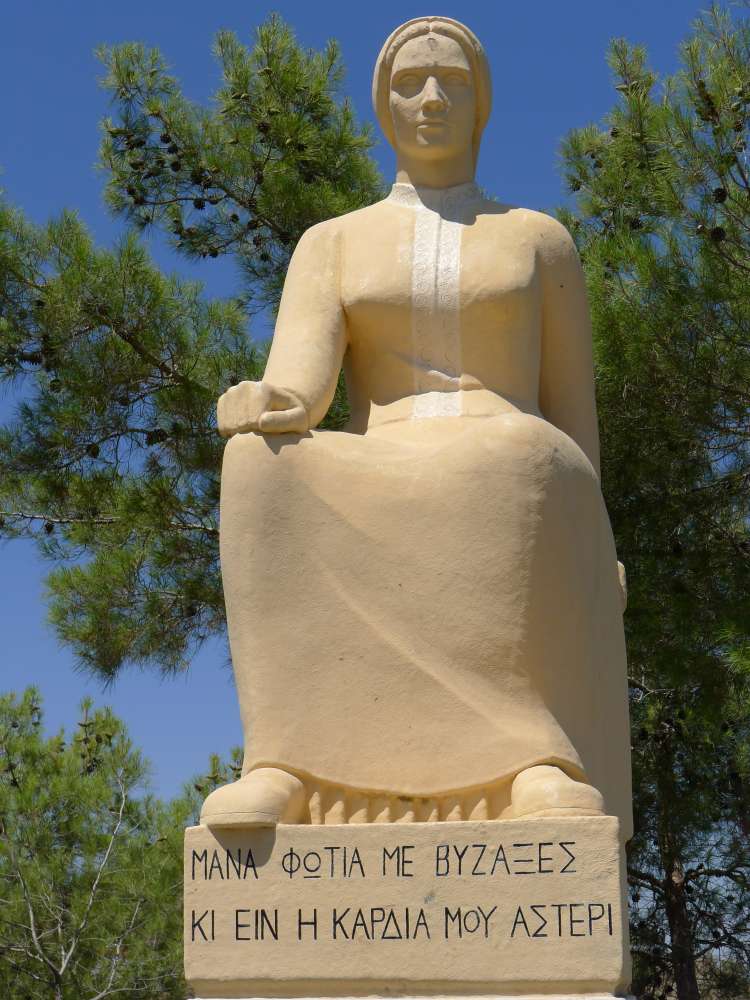 (Mother you have breastfeed me with fire and thus my heart is like a star)
45km from Lefkosia (Nicosia) on the Lefkosia – Agros – Lemesos road 15km from Agros village
Tel.: 22643017
Courtesy of the CTO
By In Cyprus
Previous article
Oyster (pleurotus ostreatus) mushrooms with Roquefort and hiromeri ham
Next article
Pelendri Village