On the foothills of Madari, on a mean altitude of 1000 m emerges the beautiful village of Lagoudera.

It is a village of the Nicosia District which falls within the geographical region of the Pitsilia villages. It is built in a mountainous area and it is ranked among the top 20 villages of Cyprus as far as their altitude is concerned.

Historical Information
During the Frankish occupation, according to Mas Latrie, the village was a royal estate and in fact, as the Great Cyprus Encyclopedia remarks, it was known by the same name, Lagodera. Even today, a valley of the village, which used to be part of the royal estate and which is full of hazelnut trees, is still called “Vasilitzi” (royal). According to tradition, the royal estate used to belong to Markos Cornaro, who had a mansion in the neighbouring village of Handria.

The village, or at least a small housing, has possibly existed since the Byzantine period, meaning prior to the Frankish occupation. In particular, the Great Cyprus Encyclopedia remarks that the establishment of the village “must be dated back to approximately the end of the Byzantine period, when the housing of Lagoudera must have begun to develop due to the existence of a Monastery in the area which was dedicated to “Panagia tou Araka”.

During the liberating fight against the British colonizers from 1955 until 1959, Lagoudera, a village with many hills and dense vegetation, offered shelter to the guerillas of EOKA.

Naming
The name of the village derived from a plant and more specifically a cyclamen which blossoms in the area and which is called “laoudkia” or else “fkia tou laou”, which means the ears of the hare. In other words, the name of the village, “laoudera” or “lagoudera” as it is known today, refers to an area where a lot of “laoudkia” blossom.

Natural environment
Wild vegetation of unique beauty spreads in the uncultivated expanses of the village. A special place among this vegetation is possessed by the pines, the golden oaks, the sumac, the chamomile, the hazelnut trees and the rose bushes. 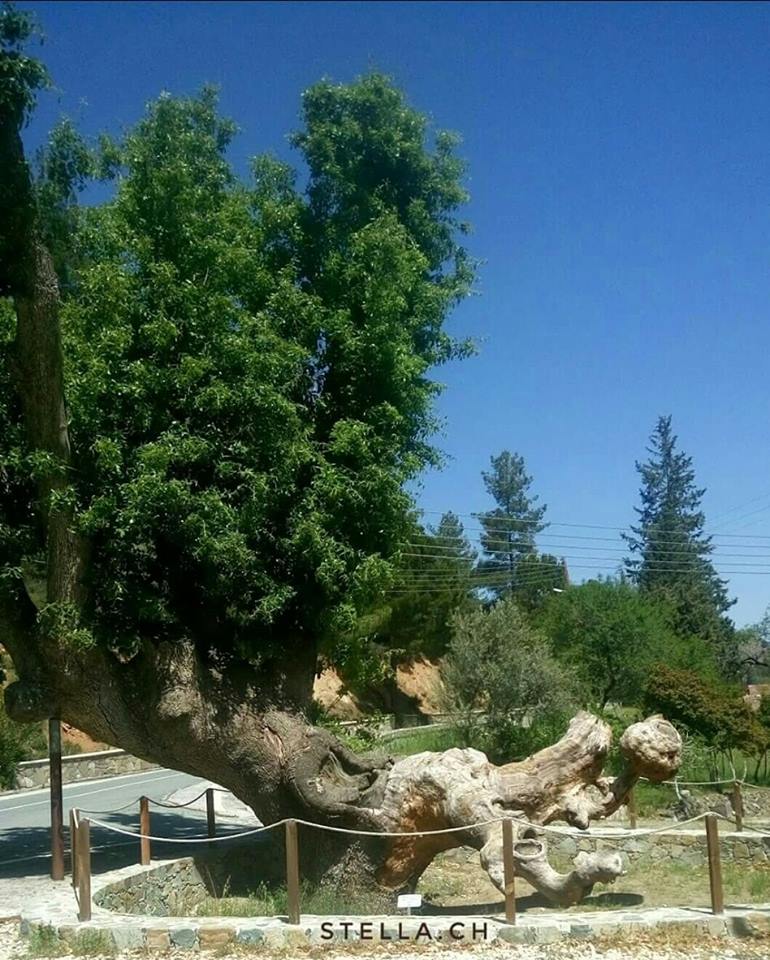 Churches
Many people associate our village with the Byzantine chapel dedicated to “Panagia tou Araka”. It is a 12th century single-roomed church which is internally adorned by exquisite byzantine hagiographies. What is also worth mentioning is that the church of “Panagia tou Araka” is listed amongst the World Heritage Monuments of UNESCO. In the village there is also a 16th century church dedicated to Agios Georgios.

The Church of Panagia tou Araka
The 12th century church of Panagia tou Araka is a listed UNESCO World Heritage Site. It contains some of the finest frescoes of the late Comnenian style (1192) comparable to those prevailing throughout Greece, the Balkans and Russia. The church along with the churches of Asinou and of Agios Nikolaos tis Stegis, are considered to be the most important Byzantine period churches on the island. Visitors may ask the priest to open the church.