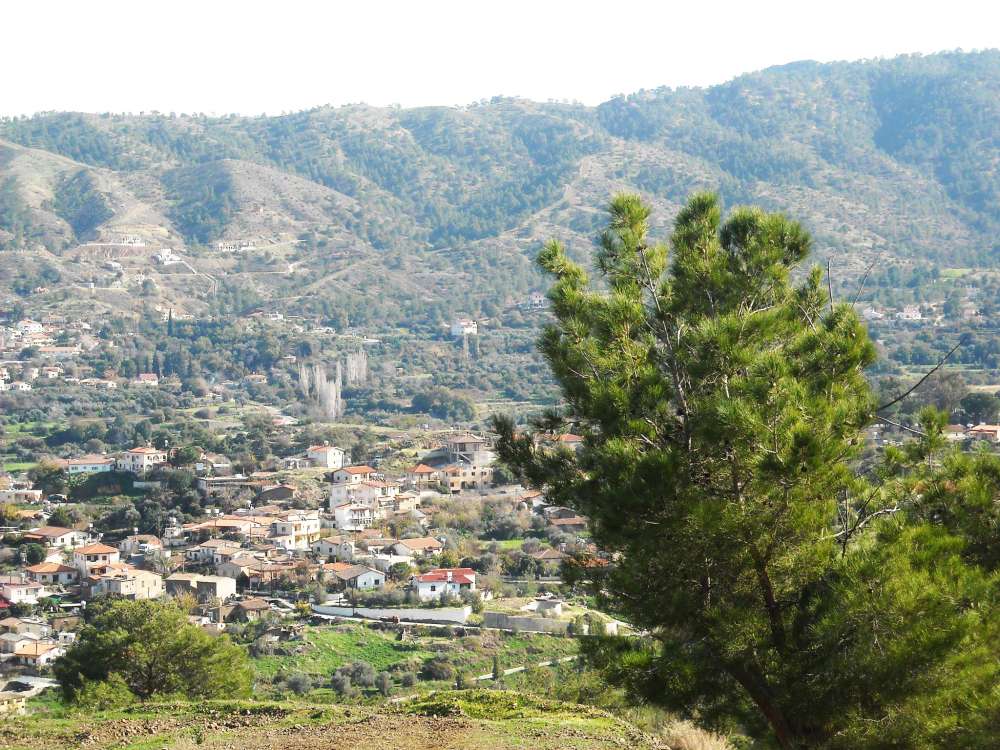 Located in the Lefkosia (Nicosia) district, 51 km from the city and just off of the B9, the village of Korakou lies in the beautiful Solea Valley region, to the north of the ancient mine of Skouriotissa.

References to Korakou date back to the Frankish period, and the village is believed to have taken its name either from an ancient king of the region, or its first inhabitant. It is also noted as ‘Coracu’, ‘Coraco’ and ‘Coraci’ on old maps.

The main crops of the village include fruit and olives, amongst others, whilst its forest land is dotted with wild pines. The area is also well known for its cultivation of aromatic, local herbs and the distillation of their essential oils.

Places of interest include the three water mills and two olive mills, with their old, traditional architecture. These structures offer evidence of the agricultural pastimes of the villagers in days past, as well as the way in which the abundant water of the village was utilised.

The village also has significant religious monuments, and its churches are particularly rich in icons and silver artifacts. Amongst them are the 18th century Panagia Eleoussa, the 1697 church of the Apostle Loucas – as indicated by an inscription above the north entry – and the 17th century church of Agios Mamas.