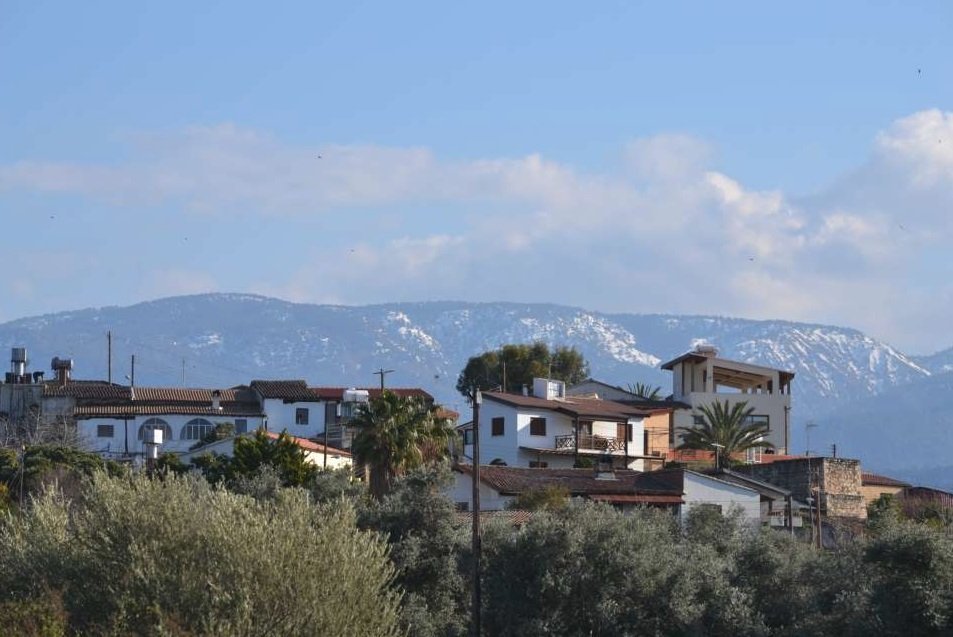 Flassou is a small village in the area Solia in Nicosia. It is situated around 3 kilometers northwest of Evrichou. The small community of Flassou is built in the valley of the river Karkotis in an average altitude of 330 meters.
The community has two main neighborhoods: the Pano (above) Flassou and the Kato (below) Flasou. Turkish-Cypriots used to live in Pano Flassou and Greek-Cypriots in Kato Flassou. The whole area is about 494 hectares.

A road on the northwest of the village unites Flassou with Linou (1kilometer) and another road on the southeast unites it with Evrychou (around 3 kilometers).

The “dichotomy” of the two villages is relatively recent. In medieval and in later sources there are reports for one and only village, which was probably the Pano Flassou. Even the map of De Mas Latrie which was made in 1862 demonstrates one village.

The village existed in the Medieval Years as a feud and it had the same name. De Mas Latrie mentioned it with the names: Flace, Flasso and Phlasso. In other maps of older times the village was referred to as Flaso and Fluso.

There is also a report that says that the village during the Frankocracy belonged to the rich family De Flasse (De Flasso). A member of this family was Bartholomew-De-Flasse. Thus, it was believed that the village was named after the family that owned the village.

In conclusion, we assume that the name of the village was modified through time and became Flasou from Vlasou. 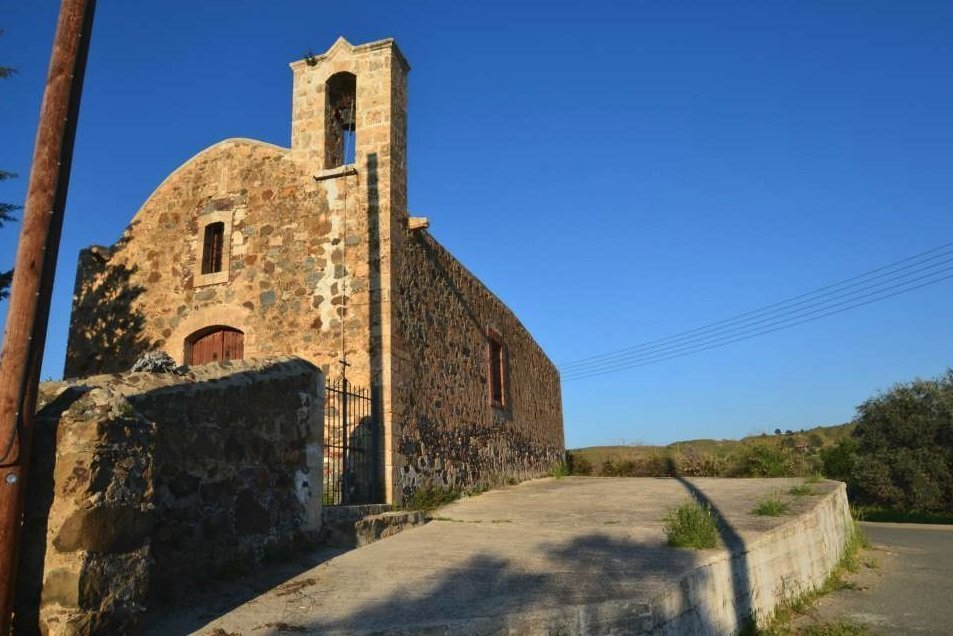 The two churches of the village are dedicated to Agios Dimitrianos (an old church which was rebuilt and it has no archaeological value) and Agios Georgios (a small church which was built in 1722). There are also some other churches in the two villages. For more information concerning the churches, go to the relevant link.

Some reports claim that during Francocracy, the village administratively belonged to the area of Pentagia and in later times to the “royal” Marathasa. Thus we conclude that the village belonged for a period to the royal family of Cyprus.

There are some indications which show that the area was populated since the Hellenistic times in a location somewhere between Pano and Kato Flassou. Hadjipetros Voskos who was killed by the Turks in 10.7.1821 in Nicosia. According to Kipiadis, Hadjpetros Voskos was a member of the Philiki Etairia (“Friendly Brothrhood”). He was arrested by the Turks while carrying some letters of the Brotherhood to the Archbishop of Cyprus Kiprianos.

In the beginning of our century the railway leading to Evrichou passed from Flassou. 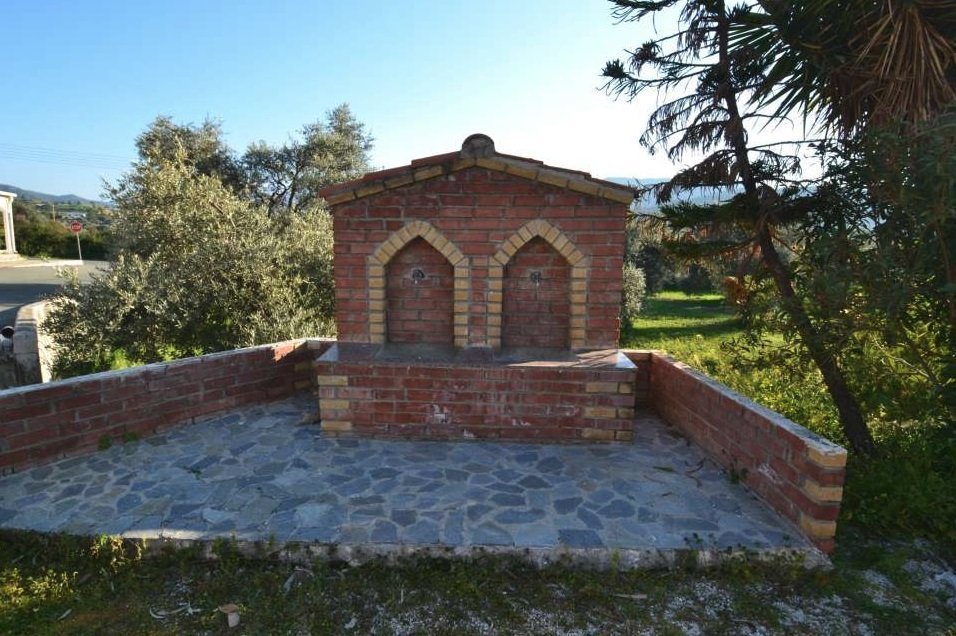 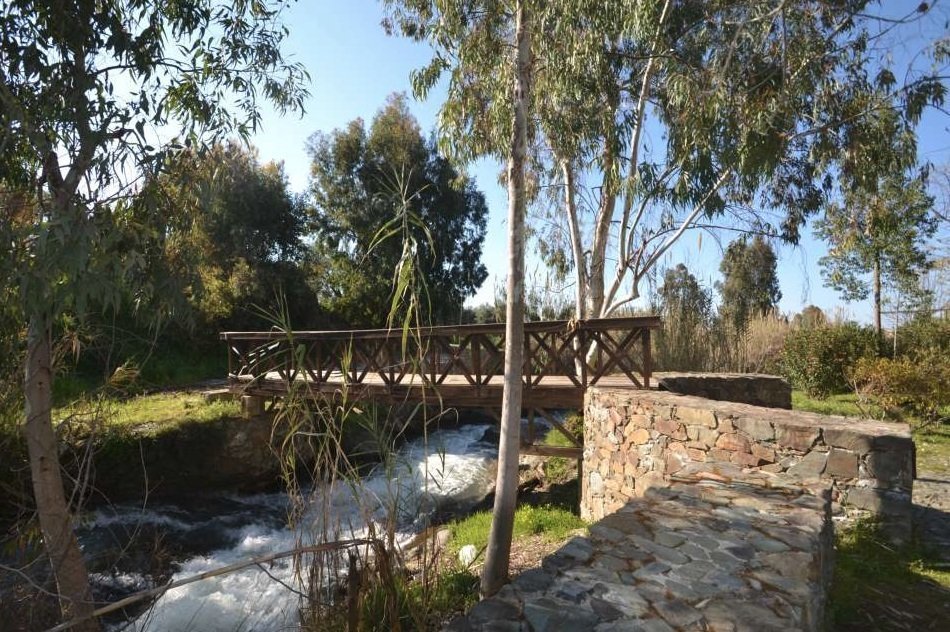 Courtesy of the Community Council of Flasou