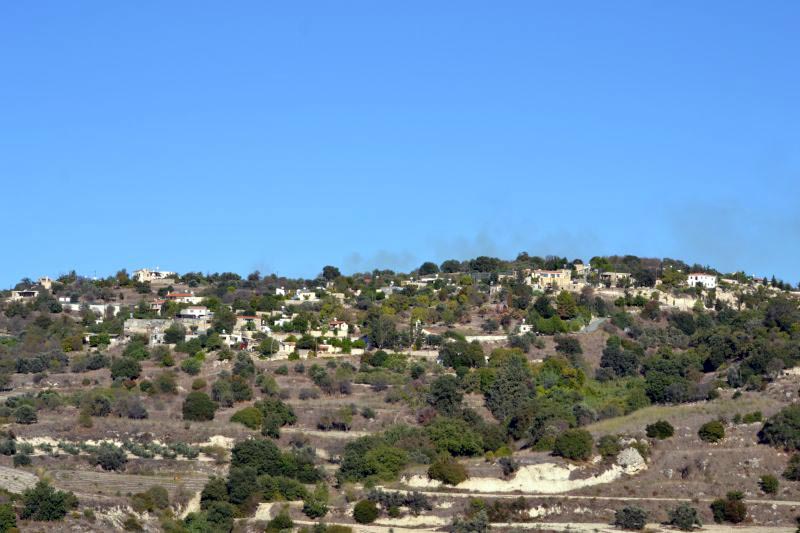 Drymou is located approximately 27 kilometres northeast of the city of Pafos and it is built on an average altitude of 495 metres.

In the village one can admire neighbourhoods with houses of popular architecture, as well as a church dedicated to Metamorphosis of Sotiros. Moreover, there are also some stretches of land covered in grains. In spring, this land acquires a green colour which changes into a golden one in the summer. Finally, one can also find some vineyards and almond trees in the village.

It is worth mentioning that Drymou used to be well-known for its silk products and its textiles. It appears that the village was in fact famous for the production of silk and silk products since, as the Great Cyprus Encyclopaedia preserves, a foreign visitor who came to the village in 1853 actually refers to this fact.

The 700-metre-long Nature’s Trail in Drymou starts at the chapel of Archangel Michael and terminates at the old fountain situated at the location “Kampoura”.

While strolling along the Trail, one encounters all types of flora and fauna of the area and more specifically oaks, cyclamens, Kermes oaks, carob trees, and terebinths, as well as the cave of the “Karamanon”. According to tradition, the cave was used as a hideout by Turkish soldiers who defected during the Turkish occupation.

Additionally, while on their walk, visitors will see the beautifully set events’ area of the Community, including the stony amphitheatre with a capacity of 150 spectators which is suitable for theatrical performances and music nights. Next, one will reach the old aqueduct and a wooden bridge which connects the river banks of the river Korkotas and leads to the old fountain.

Finally, it is worth mentioning that the Trail was created in 2001 and that the project was funded by the Community Council. The Department of Forests undertook the setting of the trail by placing various labels to inform visitors about the names of the trees.

Courtesy of the Community Council of Drymou