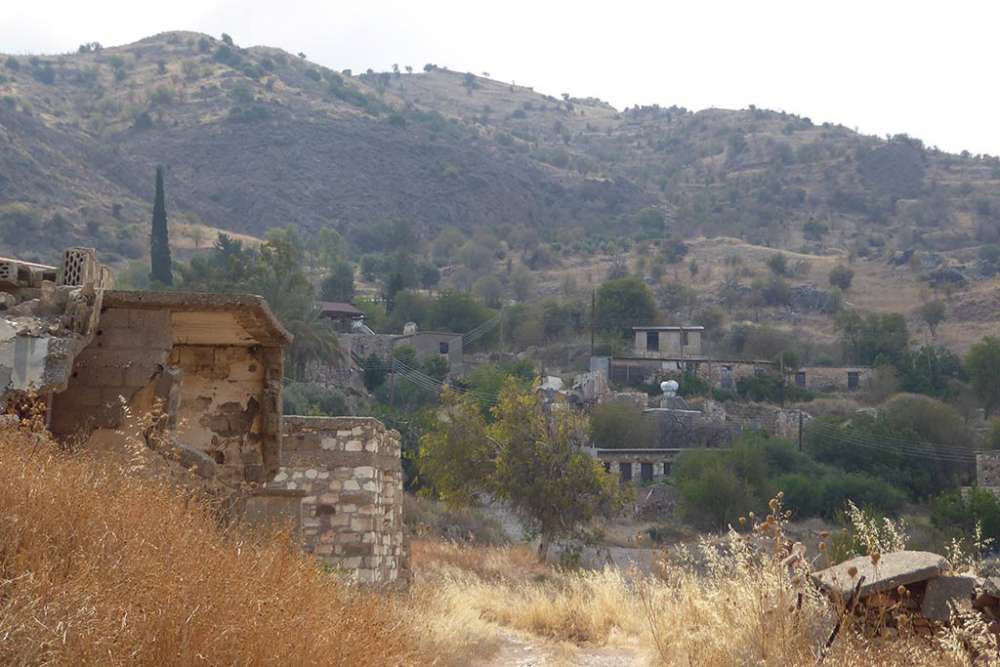 According to tradition, the village Choletria has a life of about 500 years. The “Agia Eirene” (St. Irene) venue was the first area where Choletria was established in very old times, which is located very close to today’s village. A half-ruined, small church, the rubbles of some houses, and an olive-press are still extant today in this venue.

The main reason for abandoning the “Agia Eirene” venue was that it was placed upon a barrow across from the sea, that being a great disadvantage in that era; the Saracens and other aggressors easily spotted the village and -by disembarking in the shores -they made attacks and pillaged.

Then, for reasons of greater security, the inhabitants were compelled to move to another place -today being called “old village” – inside the “Xeros” valley, protected by the surrounding mountains and having plenty of water and fertile ground.

The village, having being built at the foothills of the two mountains and at the banks of the Xeros River, resembled a great “choletra” (waterspout) because of the fissure and the form of the ground. It is believed that the community took its name due to this particularity of the area.

The village’s first inhabitants were all stockbreeders. Slowly-slowly they also started dealing with agriculture.

On the 10th of September, 1953, a powerful earthquake shook the district of Pafos and -as a result -many villages were destroyed; Choletria sustained substantial damages. In spite of the inhabitant’s efforts to relocate the village in a new area, the colonial government did not show a proportional interest. Some repairs were done to houses that were damaged and a few shanties were built replacing the ruined houses -and life went on. This however led to the gradual abandonment of the community.

The winter that came in 1967 hard. The repeated and heavy rainfall caused large-scale landslides that were dangerous for the lives of the inhabitants. The winter of 1968-69 was equally heavy and the situation worsened. There were several cases of houses that collapsed because of the landslides and the need to move the village was by then urgent. The village’s inhabitants exerted pressure on the -then -government and all those that could provide some solution for the problems they were dealing with. They even went to Archbishop Makarios -the President of the Republic at the time -who gave his promise for the transfer of the village.

The village stands 22 kilometres east of Pafos and it is built at an average altitude of 150 meters, receiving an average annual rainfall of about 480 millimetres; vines of wine-making varieties, cereals, olive trees, carobs, and citrus trees are cultivated in its region. Choletria is connected via road to the villages Nata and Anarita in the west and from there on to Pafos, to Nikokleia and Timi in the south, and to the villages Stavrokonnou and Kelokedara in the north.

Choletria has unique natural beauties to offer to the visitor during every season of the year. In the springtime the entire region of the village is ridden with wild flowers, in the summertime the deep yellow landscape of harvested fields lends another strange beauty, the autumn with its cool breeze grants a note of serenity and calmness, while in the winter you face Troodos with snow upon its mountaintops and the fog that prevails there providing a different taste of the exquisite Cypriot landscape.

Courtesy of the Community Council of Choletria