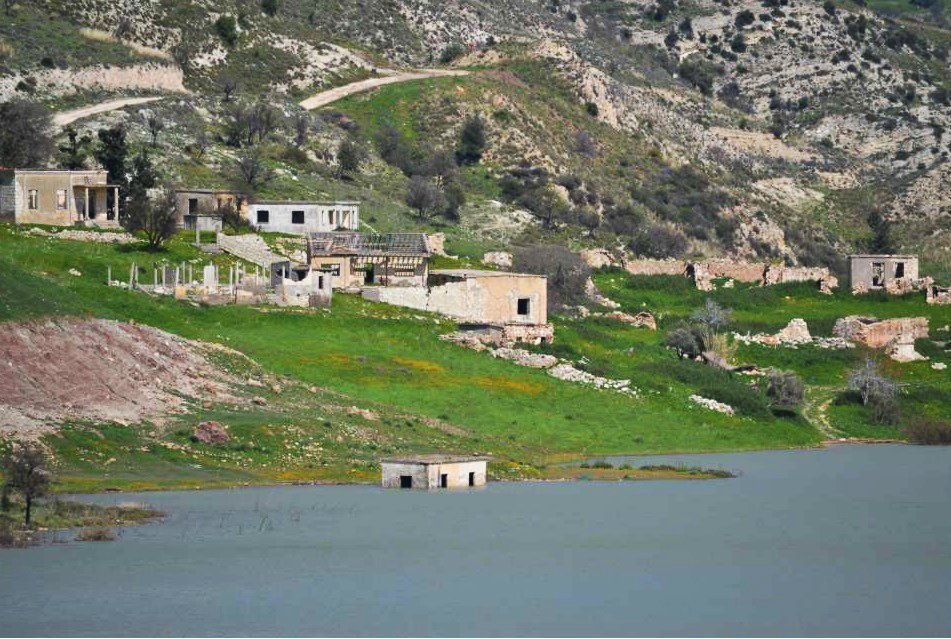 Anarita is a village in Paphos district, located 12 kilometers away from the city of Paphos, on the northeast. The village is built almost 105 meters above sea level. Its greater part is located on the chalks formulating Pachna. The anaglyph continuing the sea terrace on the southwest is expanded to the north, where the altitude reaches 254 meters. The closest beach stands at a distance of four kilometers away from the village.

Anarita has a long history. The village is included in the list of medieval feud of Mas Latrie. Louis de Mas Latrie, the first French specialized in Cypriot history, published a catalogue of the inhabitants of the Christian villages of Cyprus that was conducted in 1841 following the orders of the Turkish governor of Cyprus Talaat Efent for tax purposes. As far as Anarita is concerned, he registers 23 Christian inhabitants that were taxed. Taxation only regarded Christians and 5 to 6 people corresponded to a person paying tax. This means that Anarita had 115-138 inhabitants.

In a different work, Louis de Mas Latrie mentions that Anarita was donated with some other villages in 1468 by Jacob II of the Louzinian family to a knight named Jerome Salviati. Some pages later he lists “Anarrida” in the catalogue of public properties, conducted at the beginning of the Venetian domination. In the donation paper, Anarita is characterized as presterie, which, according to S. Menandrou, is different than casal (=village) and is equal to ferme (=mansion), feuds of the Royal ownership of Kouklia.

Later, in 1881 when the first scientific census of the population of Cyprus took place under the new English administration, Anarita had 195 Christian and Muslim inhabitants and in 1982, 329 only Greeks (Christians). All Turkish-Cypriots, 7 to 8 families, were forced to leave in 1963-1964 when the arguments between Greeks and Turks began. They did not want to leave the village, as they co-existed peacefully with the Greeks in Anarita, but the Turkish-Cypriots of the neighboring community of Mandria forced them to leave. The increase in population to 420 inhabitants noted in 1976 when the village hosted refugees after the Turkish Invasion did not permanent.

Pericles Michaelides 1887, in “Official villages and villages that have schools” mentions that Anarita had a school, when other, relatively big villages of Paphos with more inhabitants (Konia, Letympou etc) did not have schools. However, because of the lack of financial politics on behalf of the English colony, the villages of Cyprus, and especially Paphos, were deprived of such help.

Historical resources on Anarita regarding era previous to the Frank domination do not exist. However, with the help of certain toponyms we can trace some history elements.

According to tradition, at Vasilina area, located at the borders of Phinikas village, the Phoenician kingdom was found. Phinikas, as well as the villages of Agia Irene, Anogyra, Platanissos and Kaloyiannakia comprised the commendaria della Finicha (superior military of administration of Phinikas), that belonged to Tempeliotes knights until 1313 and was then passed on the Spitaliotes.

Systematic excavations did not yet take place in Anarita and the superficial findings are limited to the Hellenistic era. Archaeologists do not exclude future excavations so as to disclose more ancient findings, since Anarita is located in an area inhabited before the above-mentioned era. The neighboring village of Kouklia, the kingdom of Palaipaphos, was inhabited, as indicated by excavations, during the Mycenaean era. Settlements going back to the copper-lithic era were found in the neighbouring village of Souskiou.

Jack C. Goodwin in the Toponymic of Cyprus combines the foundation of the village with the Monastery of Saint Onisiforos-some remains are still found near the church dedicated to the Saint. It is not known when the monastery was built and destroyed; Anarita however, is mentioned in the maps created in the last medieval years. Nearchos Klerides mentions that the Eparchy of Paphos sold the land of the monastery to peasants after it was destroyed.

The toponyms of Elia tou Vraggou and especially Lizata are closely related to the era of Frank domination.

The toponyms related to Turkish domination indicate the oppression of the Christians. Karamanoi is an area where wild and clandestine inhabitants of Karamania (Asia Minor) used to settle, sent to terrify and oppress the Christian inhabitants. Many more toponyms reveal the great number of Turkish properties in the area.

Anarita was turned into an important agricultural, animal breeding dairy productive village, despite Turkish oppression, thanks to its hardworking inhabitants and its fertile natural surroundings.
George Jeffrey writes that Anarita is famous for it small cheeses and Jack C. Goodwin for its anari (a kind of white cheese). Anarita was turned into a market place every weekend, as many inhabitants of neighboring villages would come to Anarita to purchase stock and agricultural and dairy products.

The derivation of the name of the village, namely Anarita is not known. Jack C. Goodwin (A Toponym of Cyprus) relates the name with “anari”, the Cypriot kind of cheese. However, this simplistic explanation is not sufficient. The name Anaritis mentioned in the Mass of Saint Onisiforos, is believed to have been created by the conductor of the Service. Also arbitrary is “Anavryta” (anavlyzo=gush), that was passed on traditionally. According to this version, many years ago water was gushing all over the area and that is why the village was initially named Anavryta and then Anarita.

Mas Latrie uses the name Anarista instead of ANarita, on page 256 of the third volume of his book Histoire de l’ ile Chypre and the name Anarrinda on page 512 of the same volume. The village is charted on old maps as Anarit.

The version most consonant with linguistic norms of topnyms is the one holding that the name Anarita, stems from the name Enoritis, as does the name of another village in Paphos district, Archimandrita that was derived from the word Archimandritis.

The word “enoria” is Byzantine and mean ecclesiastical region. During Frank domination, it also attained administrative attributes, and was named anoria. Hence, enoritis was turned into anoritis. The prefix a- was used according to onomatic open transitions such as- ommatiaptammatia-ammatia, or verbal open transitions, such as tha eroto-tharoto-aroto. In time the addition of – a -as a prefix was used for euphony. Assimilation turned anoritis into anaritis. The formation of the prefix ana- is owed to the great number of words starting in this way. When the village was inhabited, the expression is ton anoritin became is tin Anaritan. The female gender of the word komi (=village) prevailed. This is also why another village was named Archimandrita when the archimandrite died. The same occurred for many more cases: is ton Morphitin became Omorfita, is ton Mousoulitin became Mousoulita a.o. 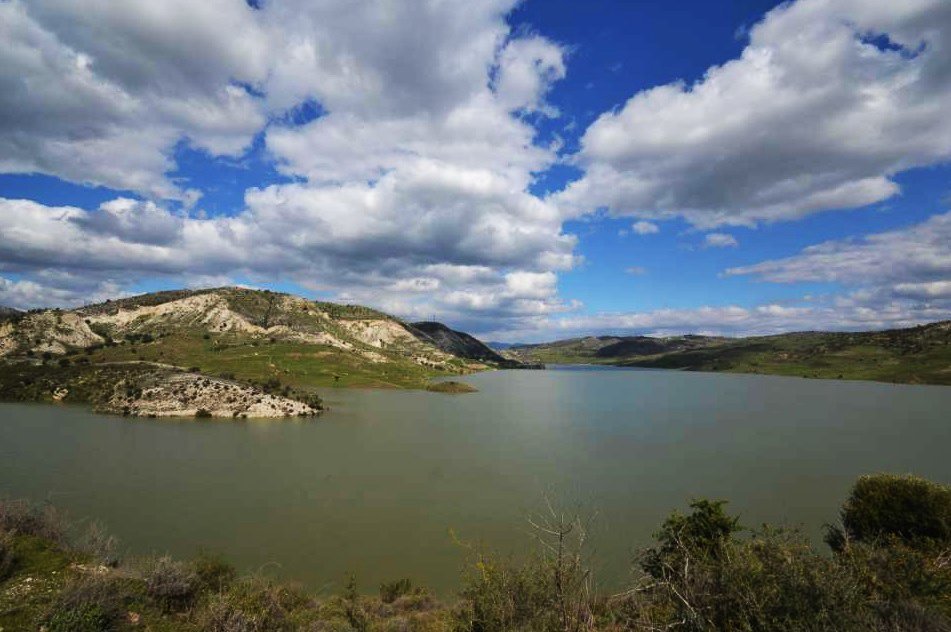