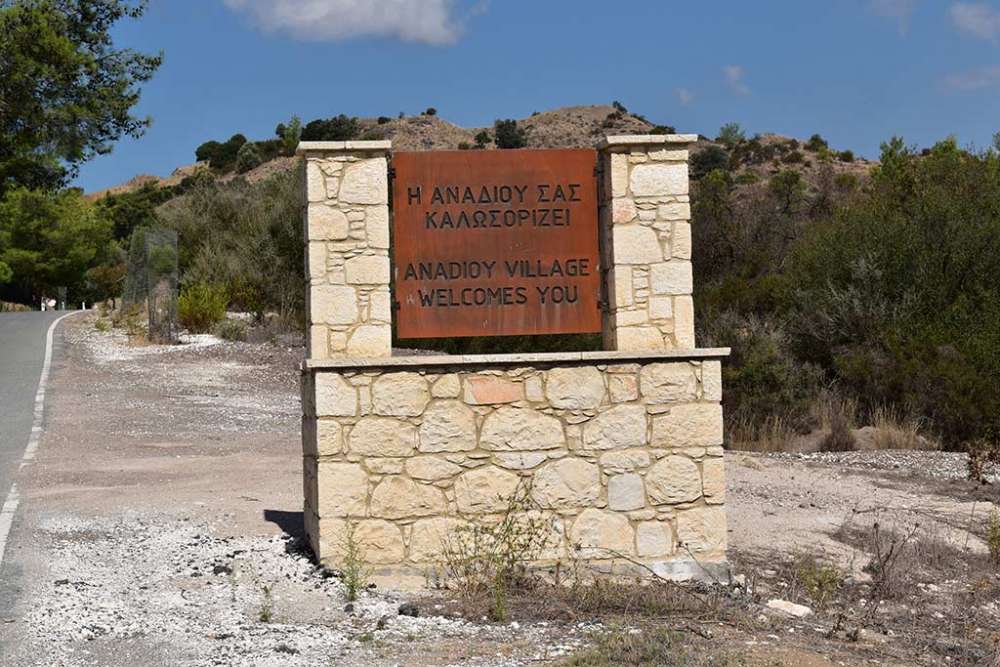 Anadiou is a village located on the southwest foothills of the Troodos mountain range, eighteen kilometers southeast of Polis and two kilometers north of Phiti. Goodwin suggests that Anadiou may mean “to emerge” in Greek. In 1958 Turkish Cypriots adopted the alternative name Görmeli, meaning “one must see it.”
During 2001 the village only had 6 residences.
The village was abandoned by its population who where mainly Turkish-Cypriots in 1974. Ιt was deserted for many years when in 2006 the Community Council of Anadiou was created and the village was back to life.