An abandoned village in Paphos that belonged to the Knights Templar 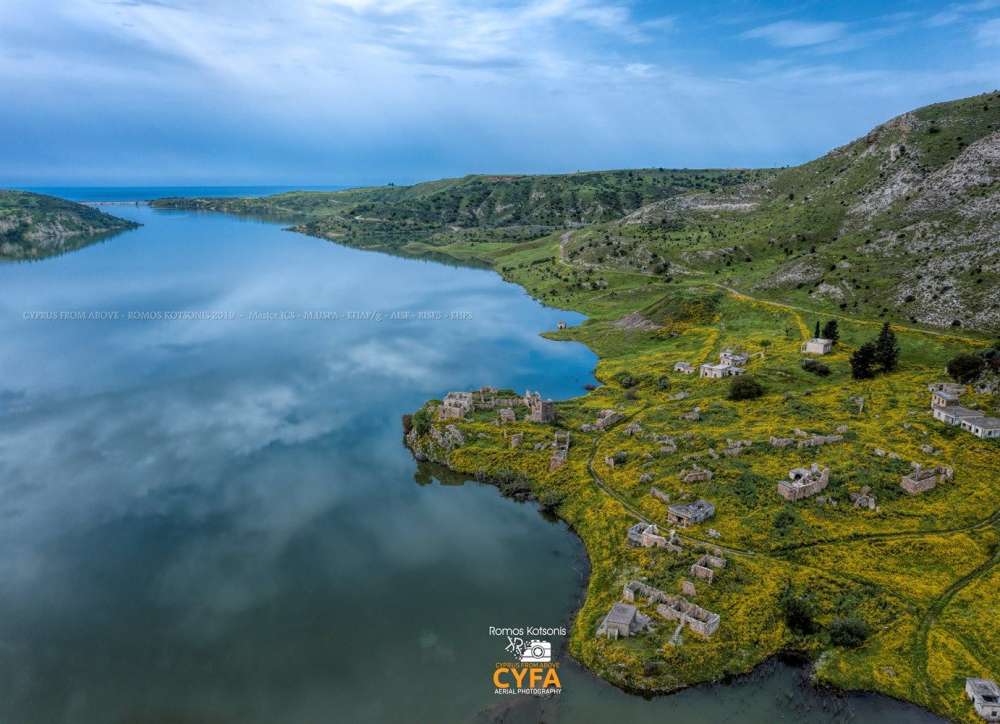 The abandoned village of Foinikas (Phoenix), Paphos is located along the Asprokremmos dam 3 km away from Anarita.

Richard I the Lionheart who captured Cyprus in 1191 AD after defeating the Byzantines sold the island to the Knights Templar.

The Knights, who had their headquarters in Nicosia in order to control the plains of Mesaoria, used the village as a base for their operations in Paphos and Limassol.

During the French Lusignan period (1192-1489) the village was known as ‘Commandaria Della Finicha’.

Until 1974, the village was inhabited by Turkish Cypriots who fled after the invasion, leaving it abandoned.

Nearly half Foinika’s ruins are under water following the construction of Asprokremmos dam.

Cyprus from Above posted a picture of the village:

By In Cyprus
Previous articleFBME: whistleblowers and law suits
Next articleGreek language classes to be introduced in occupied north school curriculum