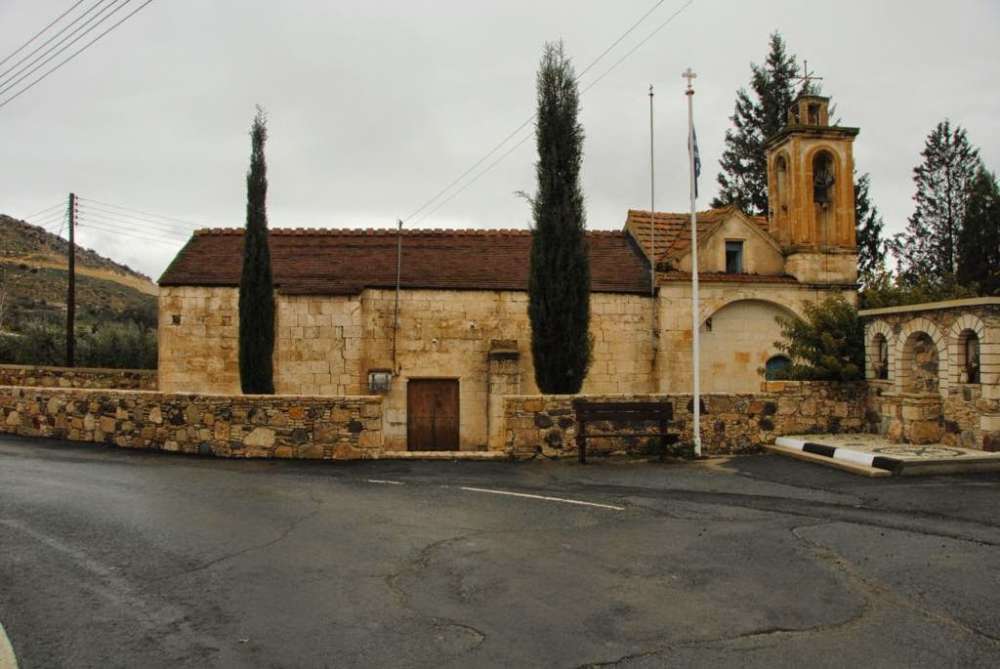 Agrokipia is a village of the Nicosia district, built west of the “Adelfoi” forest, 25 kilometres southwest of the capital city of Nicosia and 3 kilometres east of the community of Mitsero. Standing imposingly in the west of the village is the historic monastery of Agios Panteleimonas and the hill of “Kreatos”, while the village is also surrounded by the “Kottafi” hill in the north, where the “Achairas” farm is located, the “Kantaros” hill in the east and the “Mathiatis” mountain in the south.
Modern and traditional features coexist harmonically in Agrokipia. One part of the village consists of the old housing with the traditionally built houses, while the other part consists of neighbourhoods with modern residences.

Historical Background
Agrokipia was one of the villages that belonged to the Great Command. The village was originally owned by the Order of the Templar Knights, while later on it was owned by the Order of the Hospitaller Knights. As Karouzis preserves, Florios Voustronios , “who somehow identifies Agrosykia with Agrokypia, notes that between the years 1464-1468 Agrokipia was owned by Rizo De Marino De Napoli”.

Naming
The naming of the village is quite old. In particular, it is related to the time when the village was a fief owned by the Knight of the Order of Saint John and it was known as “Agrochipia”.

The prevailing version regarding the origin of the name Agrokipia is linked to the fertility of the area. More specifically, the first part of the name, “Agros” (agricultural area), refers to the expanse of agricultural land near the village, while the second part of the naming. “kipia” (“kipos” is the Greek word for garden) refers to the numerous gardens that existed in the village. However, a second version claims that the naming of the village originated from the tree “agrosykia”, a type of tree which flourishes in the area.

Mineral Resources
Agrokipia was an area where mineral resources such as copper pyrite and gold were extracted. The mine was located north of Agrokipia and, in fact, was the first copper and gold mine on the island. The mine employed both residents of Agrokipia and of the surrounding villages. Its operation seized during World War II. However, after the war was over the mine was back in operation.

Remains from the extraction of copper pyrite are visible on the piles of aggregates in the area of “Kokkinogia”. Preserved at the same location is a 1500-metre-long tunnel which crosses the “Kottafi” hill and stretches up to the location “Kokkinogia”, a sloping area which is known by the naming “Keklimeni” (sloping). Additionally, as the Great Cyprus Encyclopaedia distinctively remarks, a combination of yellow and brown colour reveals the extraction of small quantity of gold. The same Encyclopaedia underscores that “the rust could even be dated back to the Phoenician or Roman times”. This is linked to the ancient kingdom of Tamasos since its mines obviously stretched up to the communities of Agrokipia and Mitsero. Based on the above information, it is believed that the extraction of minerals is dated back to the Roman era.

Located and still operating somewhere between the communities of Agrokipia and Mitsero is the housing of the Hellenic Mining Company.

What is interesting to know is that for several decades, the majority of the residents used to work in the mines, while nowadays they mostly work at the capital city and more specifically in public and private services, construction sites, factories, with only a few of them still being occupied in the quarries of Mitsero.

Churches
In Agrokipia one can find the church of Panagia Chrysopantanasa and the church of Agia Varvara, which was built by the Hellenic Mining Company on the foothills of mount “Kreatos” (the housing of the company is also located there) in honour of the miners’ protector Saint. Moreover, there is the Monastery of Agios Panteleimonas of Achera, a nun monastery which, as Karouzis distinctively writes during his tour, “is visited by numerous people on a weekly basis”. After all, the view towards the north is vast and breathtaking”. More: Monastery of Agios Panteleimonas

Natural Environment
The cultivated expanses of land in Agrokipia are covered with grains, fig trees, some vineyards and mosphilla trees, while the uncultivated pieces of land are covered with thyme. A large expanse of the “Kreatos” mountain region today constitutes part of the Natura 2000 Networking Programme as it is known to be the habitat of 500 different species of rare fauna out of the 2500 that exist on our island. What is also noteworthy is that the banks of the big stream crossing Agrokipia used to be full of vegetables which were cultivated by the King of Tamasos. The King chose that specific area since the soil constituents helped the vegetables acquire a much better taste. More: Natural Environment

By In Cyprus
Previous articleConsumers Association: Retail price of petrol up 10.3 cent per litre since mid-January
Next articleAes Ambelis Winery