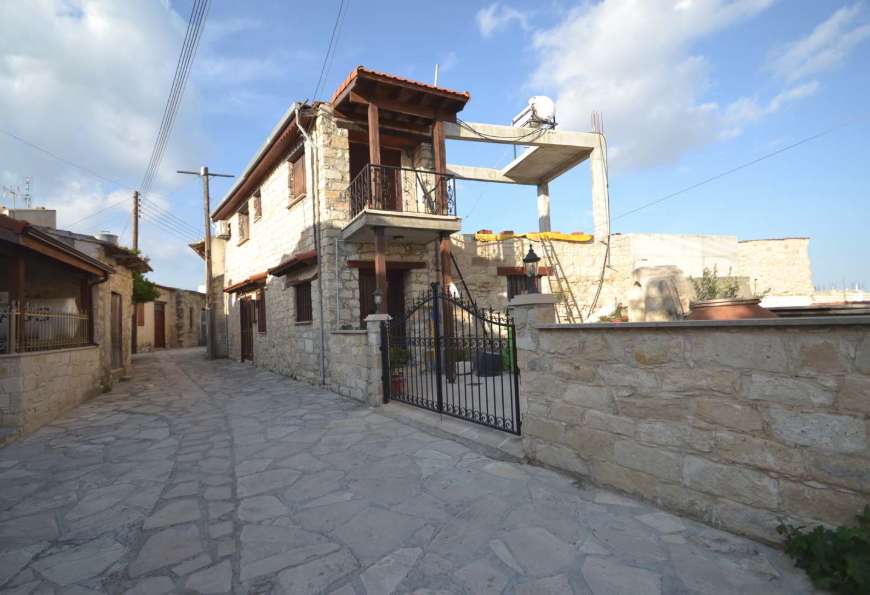 It is a village of the Lemesos District, on an altitude of 640 metres and it is subsumed in the geographical region of Krasochoria.

The village of viticulture
Agios Therapontas is undoubtedly the village of viticulture. From the very ancient years up until today, the residents of the village mainly dealt with viticulture. Moreover, according to the records of 1971, approximately 2.336 ‘skales’ of land (one ‘skala’ equals to 1337.8 square metres) were cultivated with vineyards. What is noteworthy is the fact that even today vineyards continue to occupy an important part of the cultivating land. Viticulture is favoured both by the compilation of the ground as well as by the climatic conditions of the area. The Great Cyprus Encyclopaedia underlines that “the dismembered landscape of the woads, with the mild circular hills, as well as the relatively medium average rainfall of approximately 600 mm, contributed to the expansion of vineyards and especially the ones which could produce wine”.

Traditionally, the main breed was the local black grape followed by the breeds of ‘soultanini’, ‘malagas’ and ‘cardinalios’. Nowadays, as Karouzis remarks, “new breeds, which seem to be more productive, have begun to be cultivated”.

Apart from the cultivation of vineyards, in the village thrive, although in a more limited extent, fruit-baring trees such as olive trees and carob trees, citrus fruits and vegetables.
The olive Mill museum is one of the main attractions of the village.
The Natural Trail of Panagias is passing through here but you can also enjoy walking through the picturesque alleys of the village. Walking in the village you will notice the old trees the beautiful stone fountains and there is also a traditional cafe where you can rest. 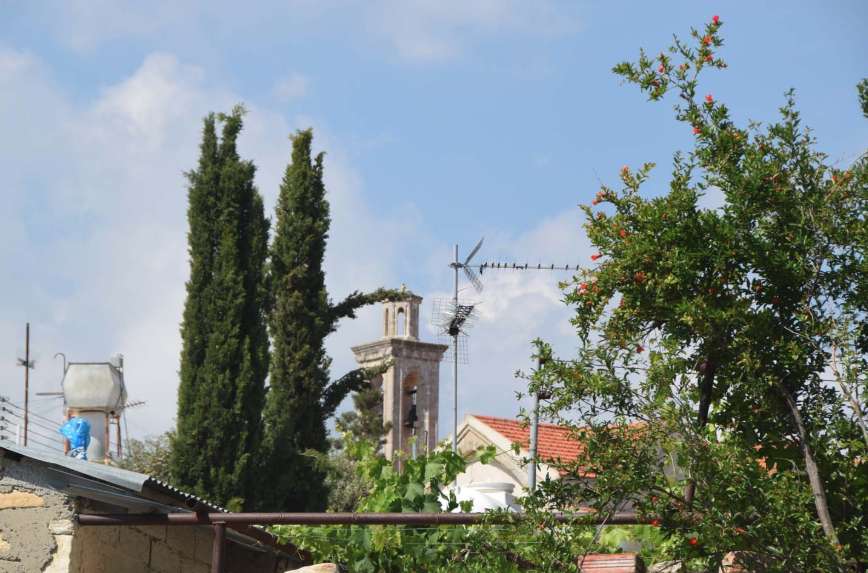 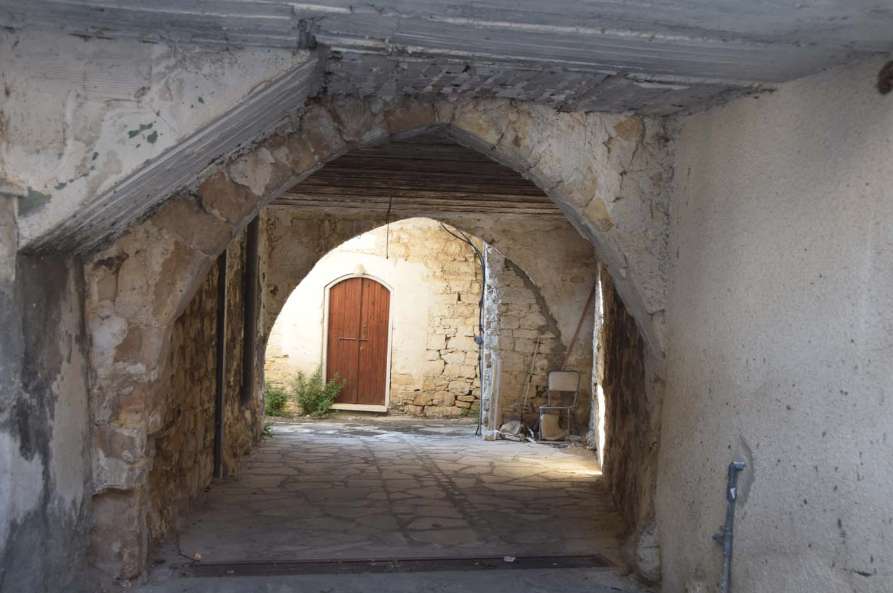 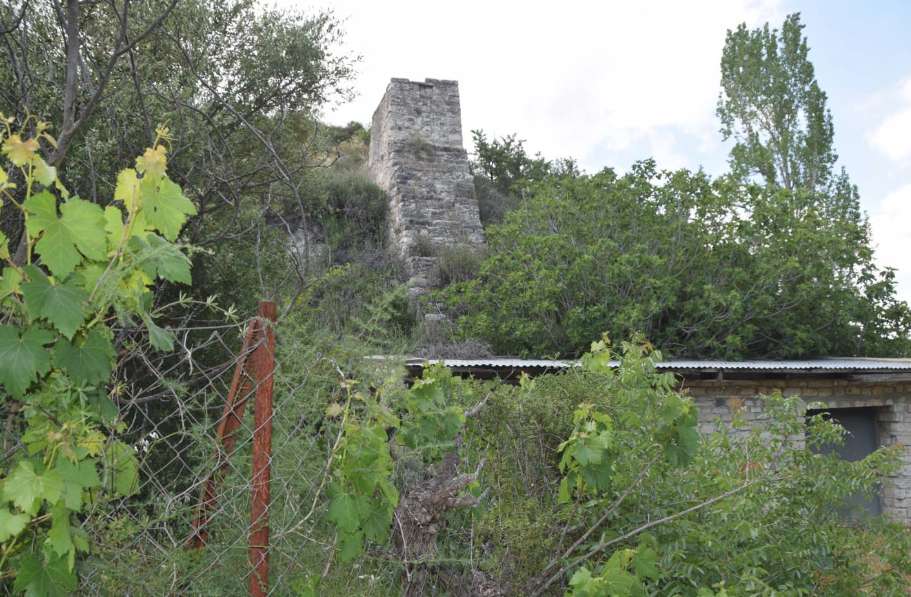 The church of Agios Therapontas is situated in the centre of the village. The construction of the church began in 1816 and was completed in 1880. The inauguration ceremony took place in November 1910 by the Metropolitan Bishop Meletios.

Inside the church there is a wood-carven chancel. It is one of the three chancels which were carved in Cyprus by the sculptor Giavopoulos.

The memory of the Saint is celebrated on the 14th of October and on the 27th of May. Many loyal Christians devoutly come to worship a piece of the holy remains of the Saint, which are treasured in our church.

South of the village there is a small chapel, of Byzantine rhythm, dedicated to Panagia Chrisospiliotissa. The chapel was built in 1928 and it was renovated several years later, in 1982 and in 2000, without altering its architecture. According to tradition, the chapel was built at the place of an older church, nothing of which is preserved today.

It is worth mentioning that beneath the church there are caves in which pillar saints used to live. At the time when Christians were persecuted, the caves constituted the shelter of the pillar saints. They were thrown food and fruits from a hole on the cave. Additionally, in order to get water, they had a basin in which they gathered the water from the rain.

Courtesy of the Community Council of Agios Therapon