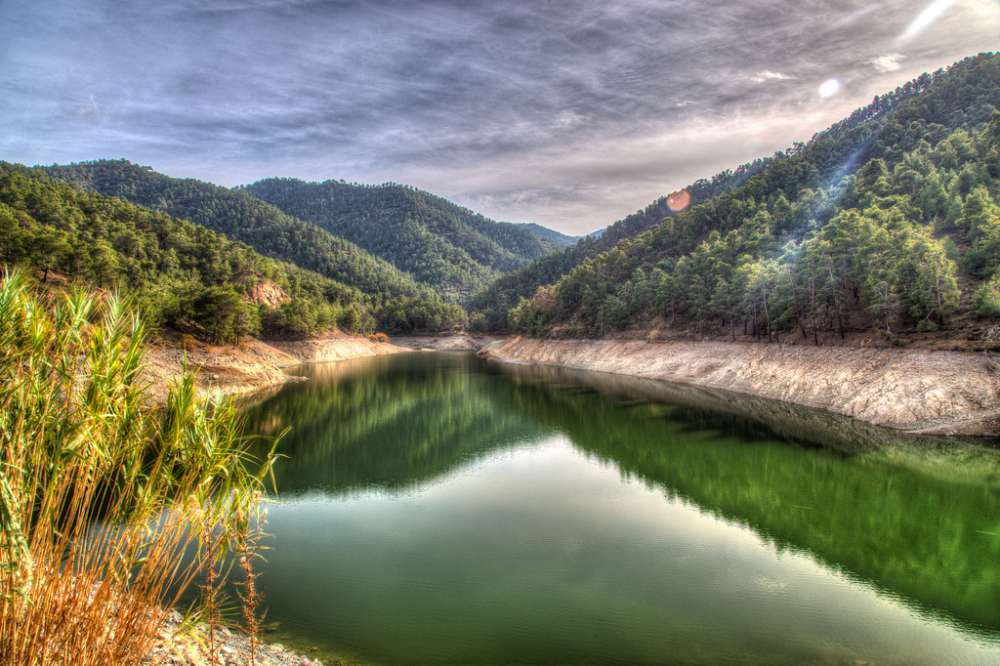 Agia Marina of Xyliatou, the small and beautiful village of Nicosia district is about 40 kilometers far from the capital. It is built on the foot of the Troodos mountain range, in a medium altitude of 450 meters above the sea surface. In a distance of one kilometer from the village to the south, there is the green and marvelous forest ‘Adelphi’.

The village has a marvelous view . From here someone can see from afar the green fields and the blue sea of Morphou, Nicosia and the Pentadaktylos mountain range. To the south west there is the beautiful Troodos mountain range with the most imposing peak of Madaris.

The community as it seems functions as a settlement from the pre- historic period. Water springs, caves, tombs, rust from copper, galleries and other evidence show the human presence in the area.

The first basic evidence of the village’s antiquity is the spring from where the village was watered until the first decades of the 20th century. This spring exists today and it is the holy water of Agias Marinas.

In the area ‘Maratheftika’ very near the village ancient tombs and caves were discovered . These tombs were pillaged at times .From information we have the pillagers discovered ancient gold coins, gold leaves of Mersinias and small metallic coins. This fact leads us to the conclusion that the village was inhabited from the ancient or Roman age.

In different places of the area of the village there are eternal olive trees until today.

In the location of ‘Mavrovouni’ two kilometers on the east of the village there are important stocks of rust , obvious spots of copper. Also, in the location of ‘Agios Kyriakos’ on the west of the village there is a pile of rust..
On Cyprus’ map «Cypruss Insula» which Abraham Ortelious published in May in 1570, the settlement is noted as S. Marina.This consists the oldest known map of the area of Venice domination , in which the village is noted.

By In Cyprus
Previous article
Update: Fire near Pareklissia, Limassol under control
Next article
Four convicted of beating up Egyptian tycoon in Ayia Napa club