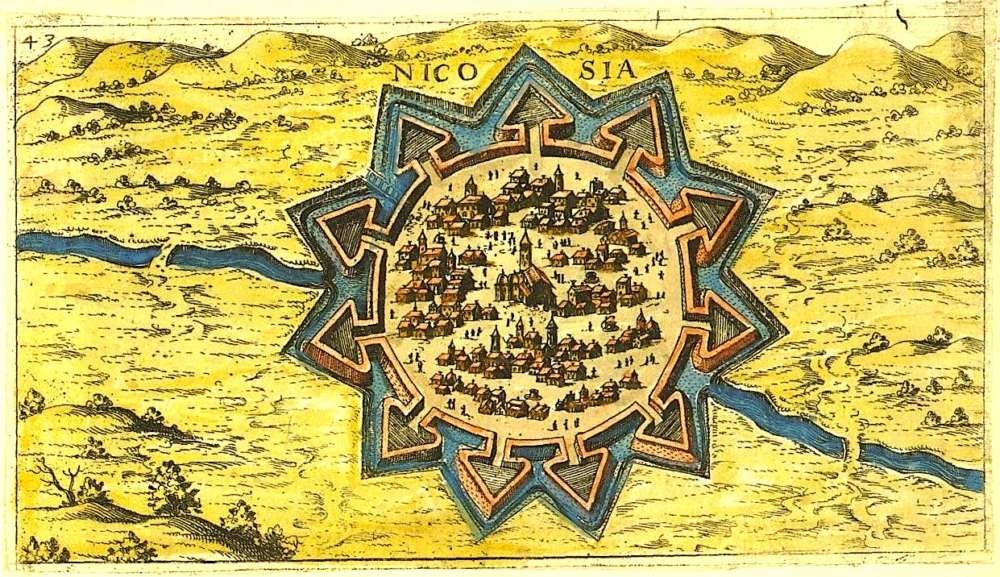 The Venetian Walls are a series of defensive walls which surround the capital city of Nicosia in Cyprus. The first city walls were built in the Middle Ages, but they were completely rebuilt in the mid-16th century by the Republic of Venice. The walls are still largely intact, and are among the best preserved Renaissance fortifications in the Eastern Mediterranean. They are a major tourist attraction 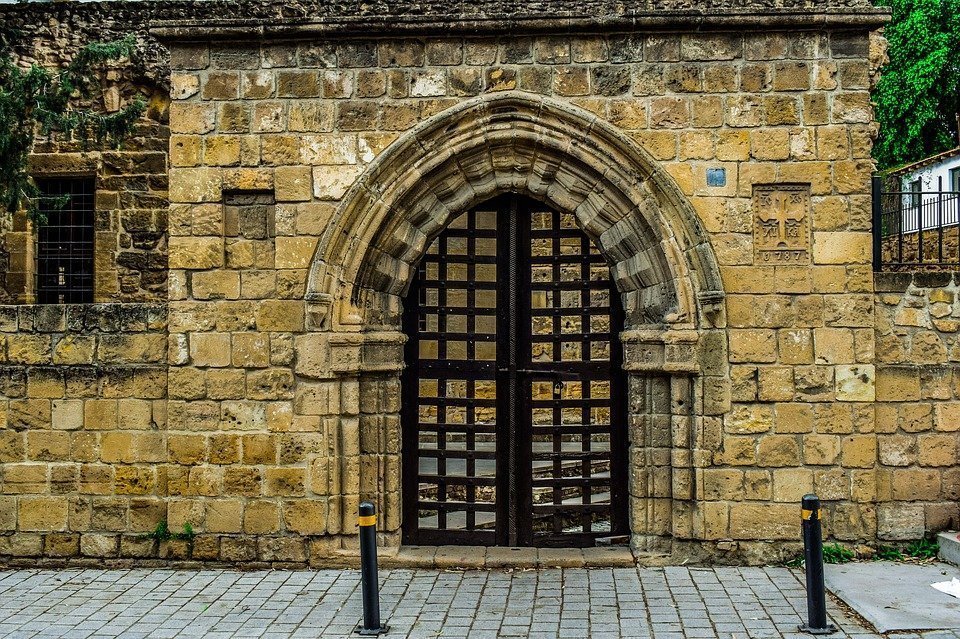 The city of Nicosia, along with Valletta in Malta and Palmanova in Italy, was considered to be a practical example of an ideal city of the Renaissance, and this was due to its fortifications as well as the urban life within the city. 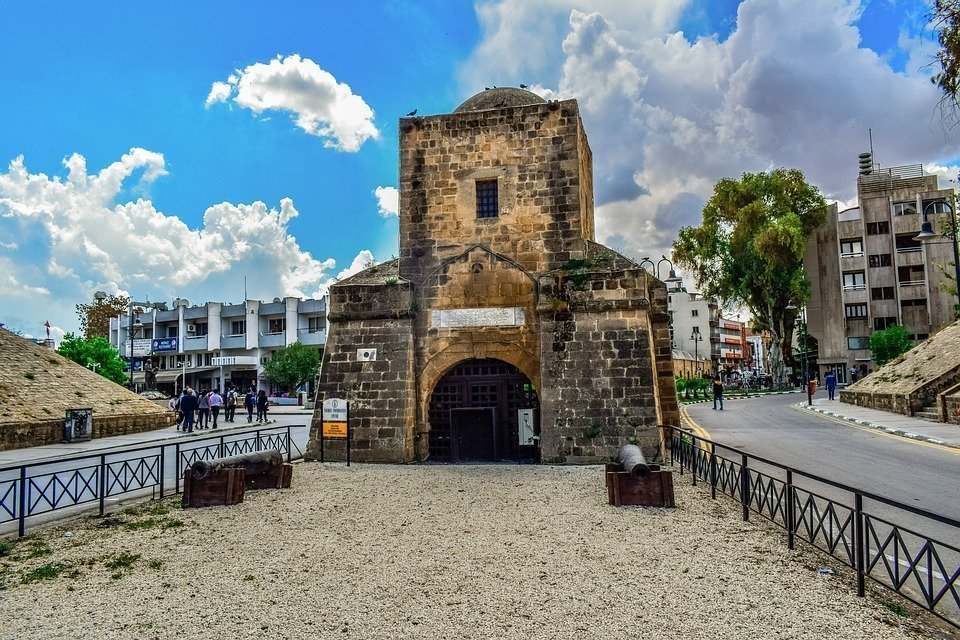 Cyprus became part of the Republic of Venice in 1489. Although the Venetian governors of the city emphasised the need for the city to be fortified, initially nothing was done to improve the fortifications. This changed following the Great Siege of Malta in 1565, when fears of Ottoman expansion increased and many Christian states in the Mediterranean began to strengthen their fortifications 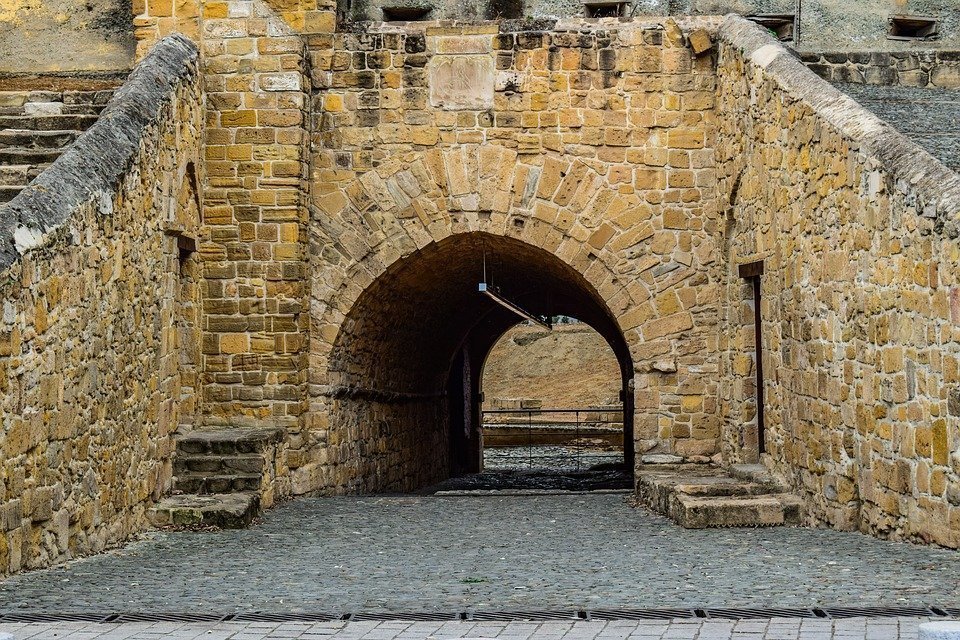 In 1567, the Venetians decided to fortify the city, and commissioned the Italian military engineers Giulio Savorgnan and Francesco Barbaro to design the new fortifications. The medieval fortifications, which engineers had deemed inadequate to defend the city, were demolished to make way for the new walls.

The Venetians also demolished several houses, churches and palaces within the city as well as buildings lying outside the new walls, both for the acquisition of building materials and for a clearer field of vision for the defence of the city.

At the same time, the Pedieos River was diverted outside the city to protect the residents from flooding and to fill the moat encircling the new walls 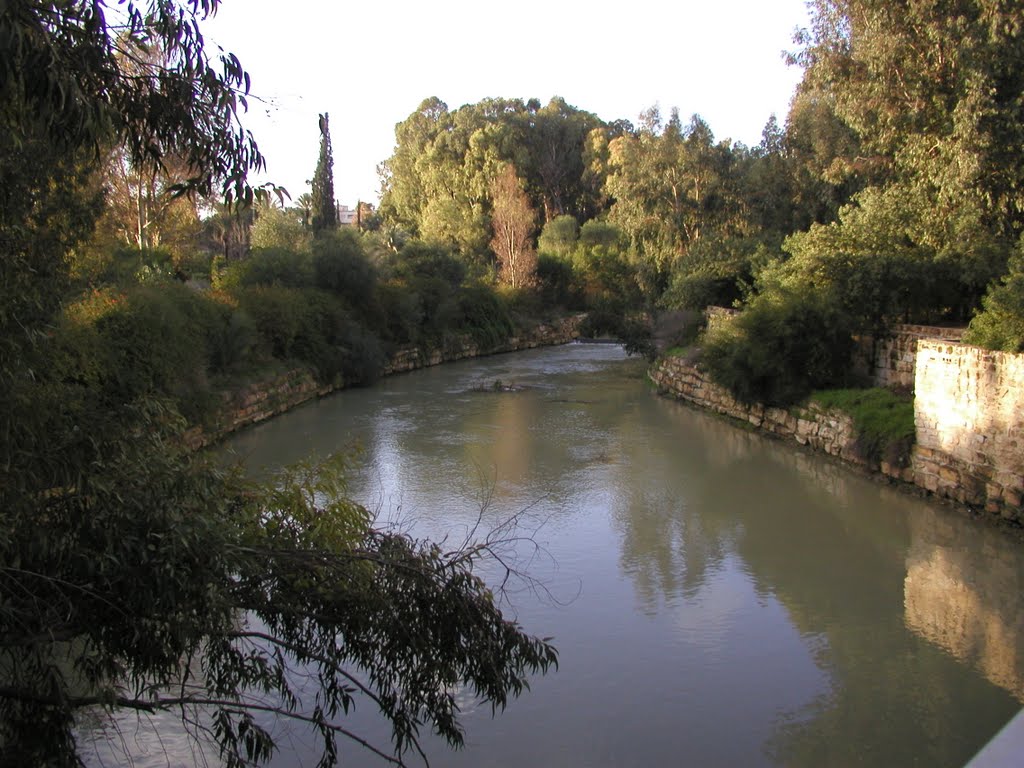 The Fourth Ottoman–Venetian War broke out when the fortifications were still incomplete. Ottomans under Piali Pasha invaded Cyprus on 1 July 1570, and began the siege of Nicosia on 22 July. The city held out until 9 September, when the Ottomans breached the wall at Podocattaro Bastion. The Ottomans then killed the defenders and captured the remaining inhabitants. 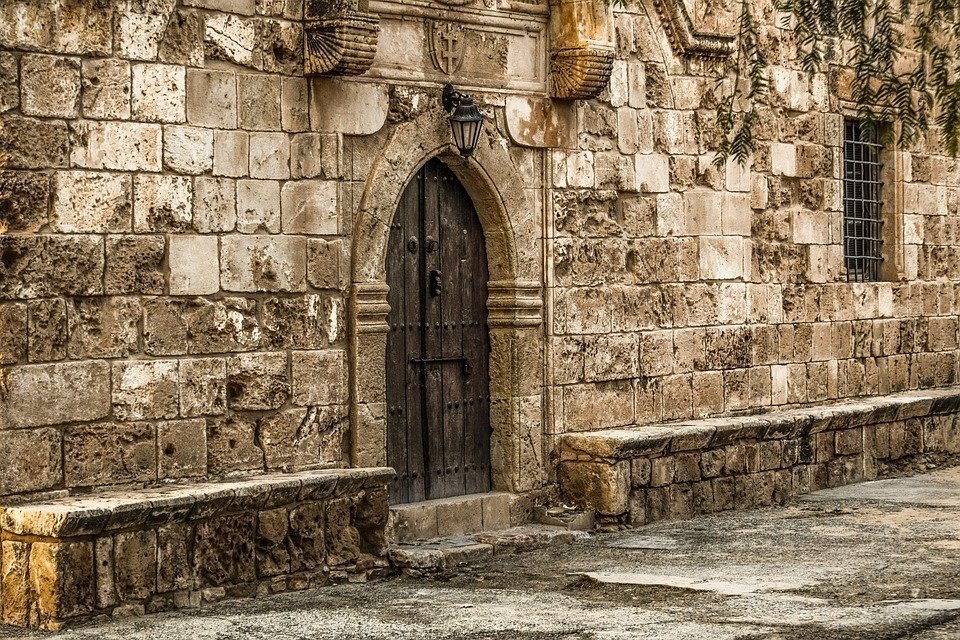 After the end of the siege, Lala Mustafa Pasha left a garrison of 4000 soldiers and 1000 cavalry in the city. The city then experienced a steady decline. Although the Ottomans repaired the fortifications after the siege, by the early 17th century, they were “breached or decayed” and the city was practically defenceless 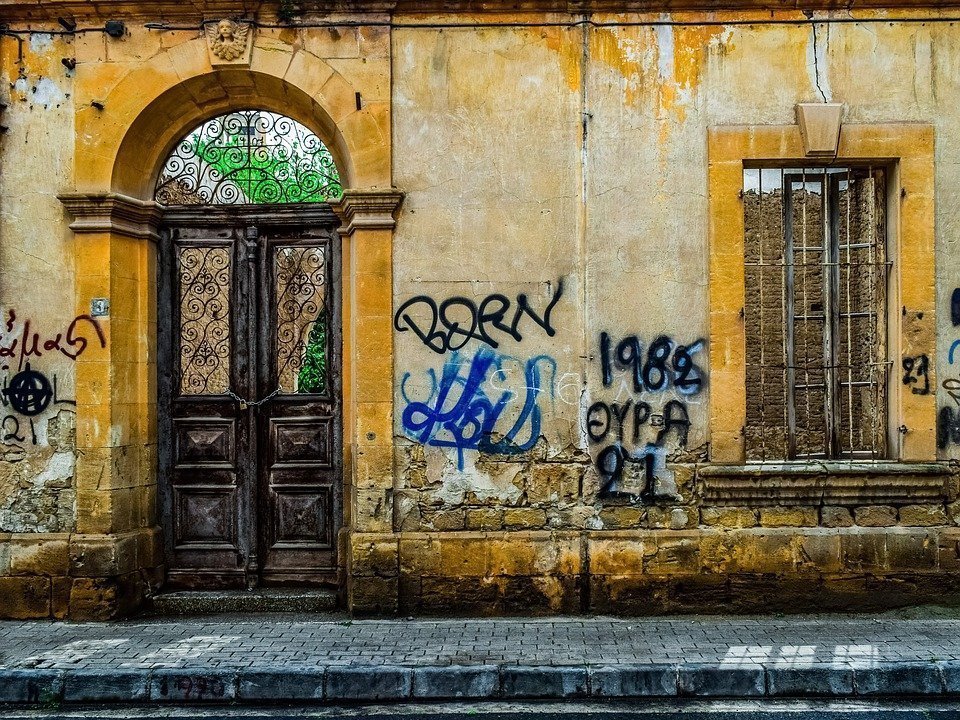 The city eventually began to experience a revival in the mid-19th century. It was still confined within the walls when the British occupied Cyprus in 1878. An opening was made near Paphos Gate in 1879 to facilitate access to the surrounding area. Further openings were made within the walls during the 20th century.

The Venetian walls of Nicosia have a circular shape, with a circumference of c. 5 km. The walls contain eleven pentagonal bastions with rounded orillons, similar to the bastions of Palmanova. The bastions are named after eleven families, pillars of the Italian aristocracy of the town, who donated funds towards the construction of the walls. 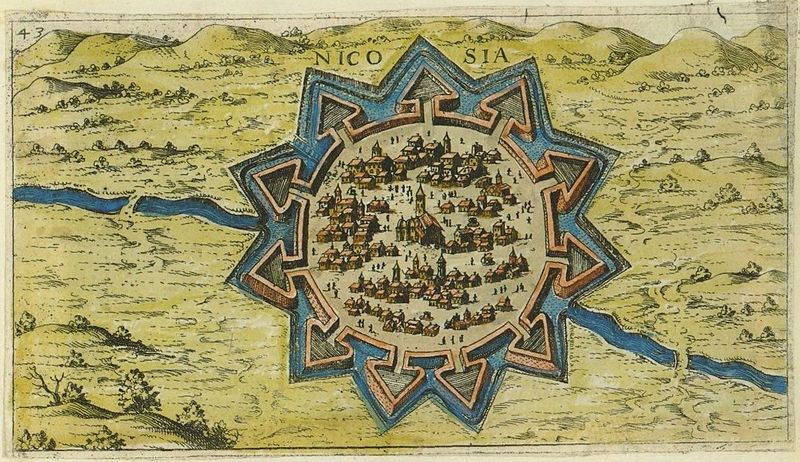 The eleven bastions are:

Caraffa to Tripoli Bastions lie within the southern half of the city, in the Republic of Cyprus. Roccas to Loredan Bastions lie in the Turkish-occupied north, while Flatro Bastion lies in the UN Buffer Zone.

The city has three gates: 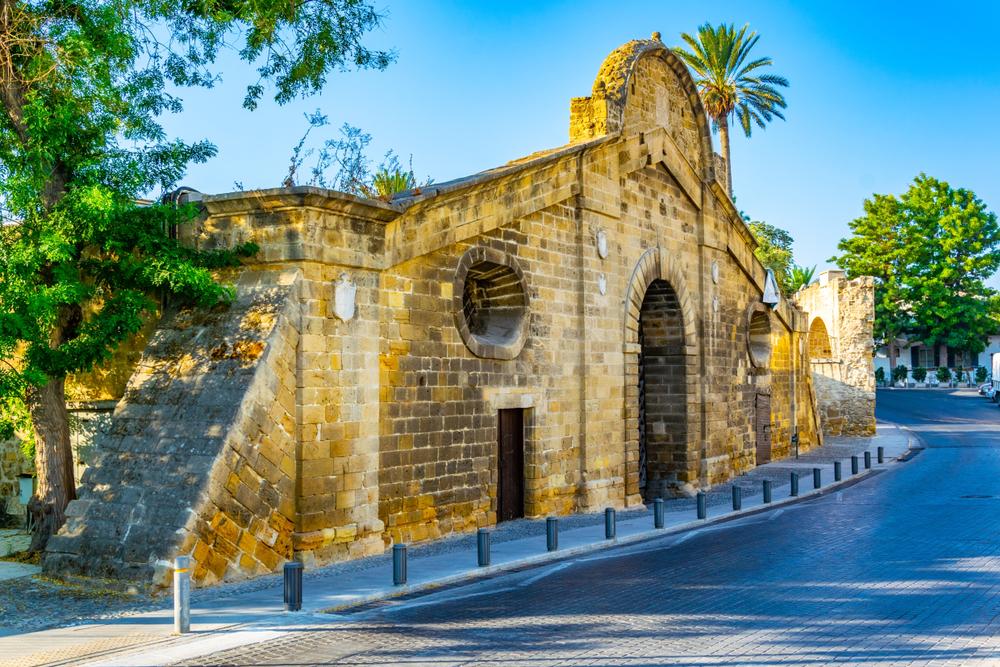 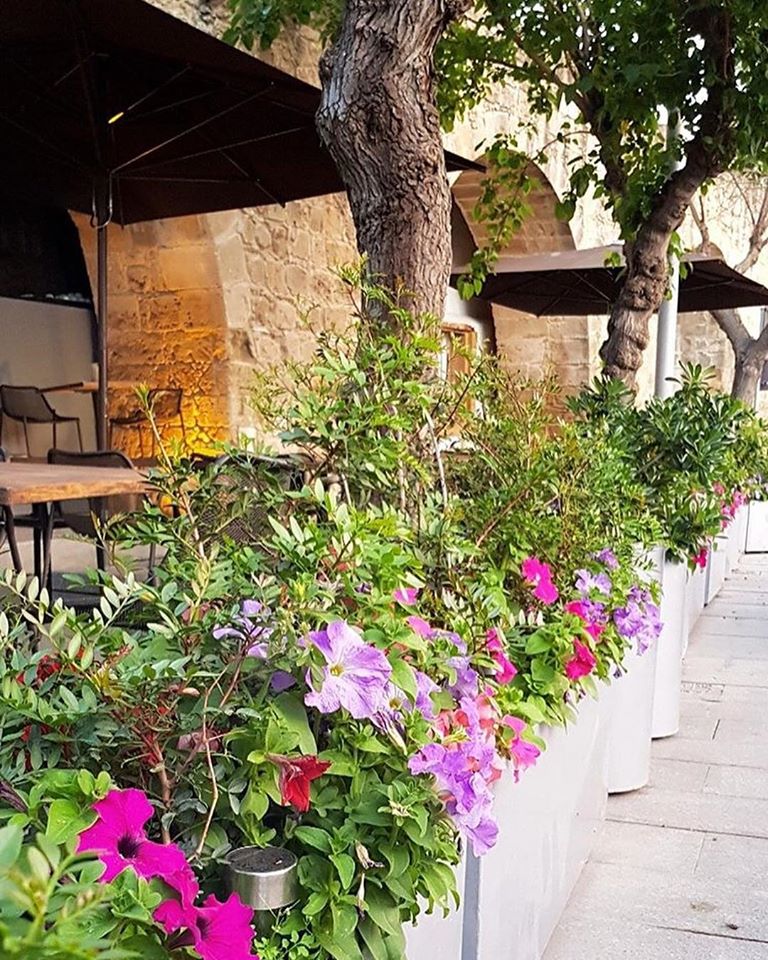 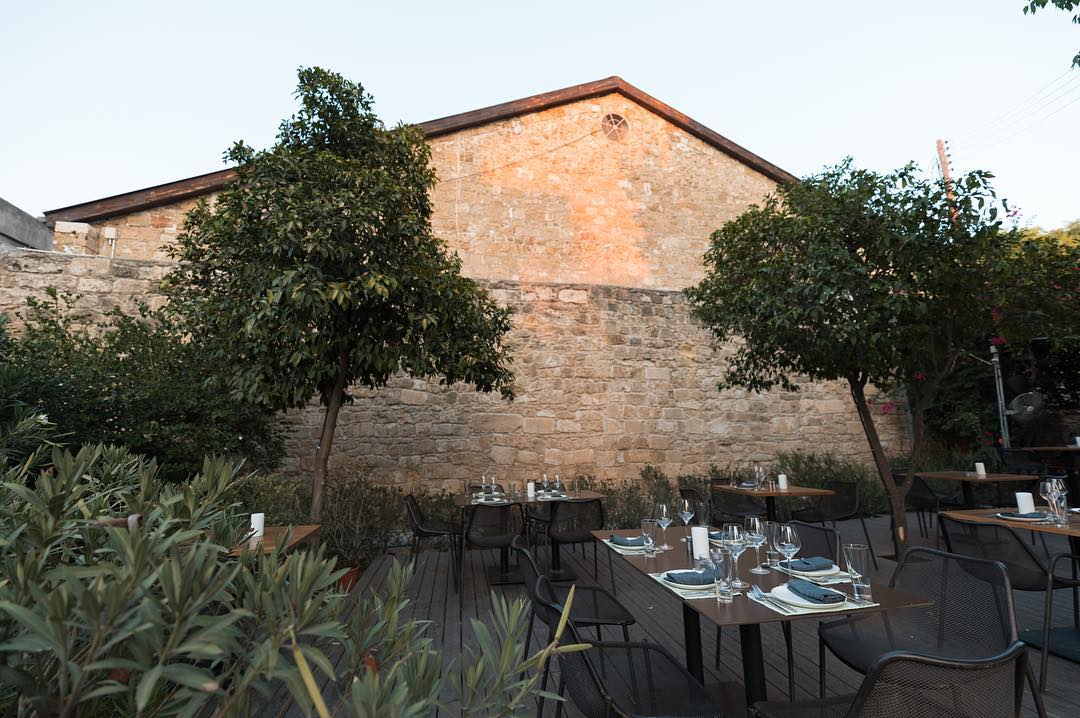 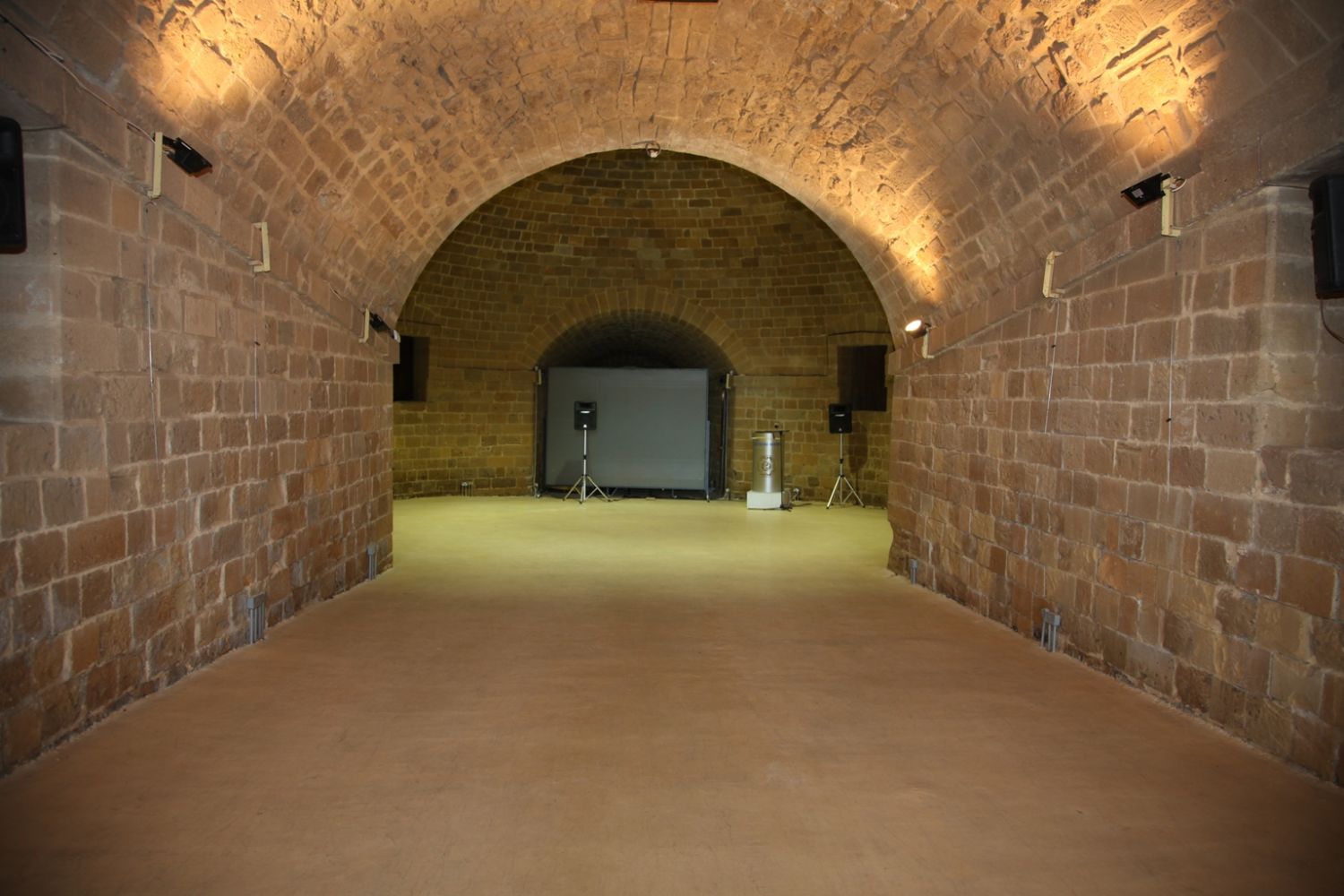 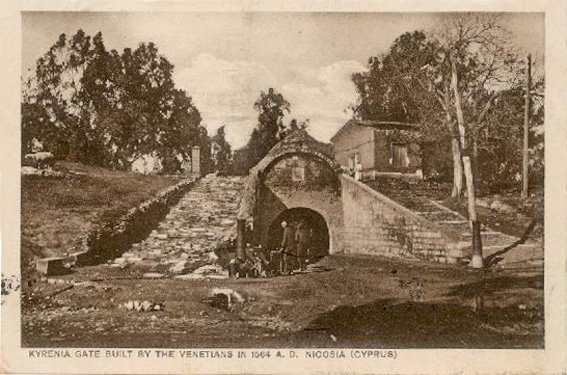 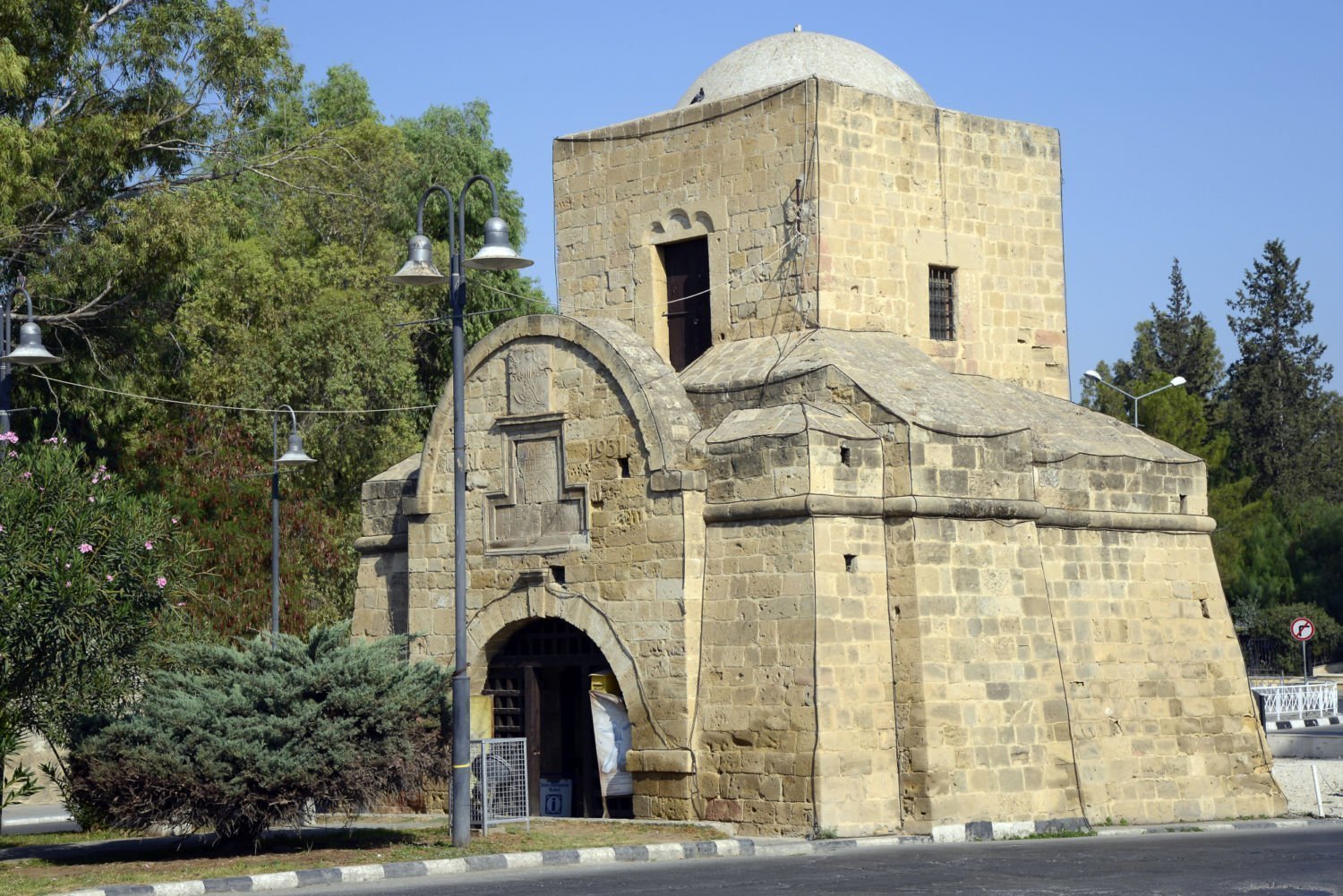 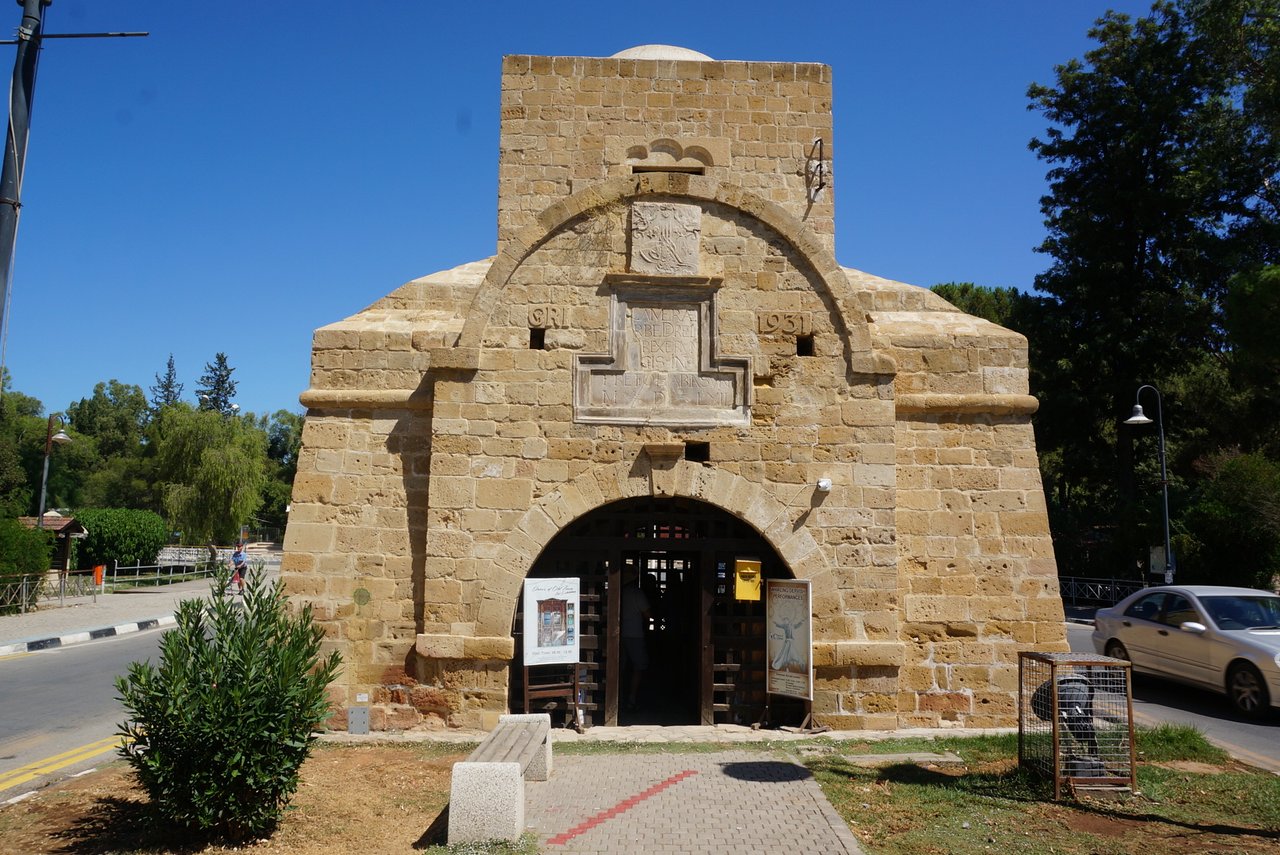 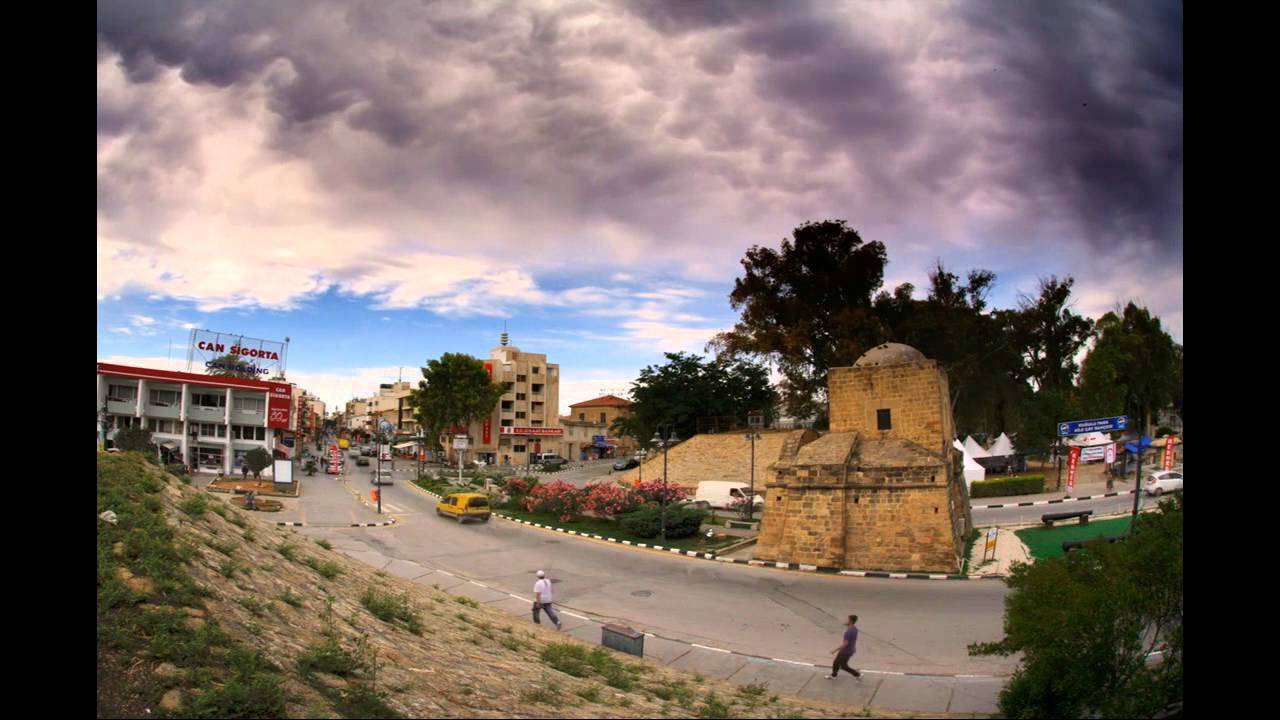 Experts have considered the walls to be a prime example of 16th century military architecture. Their design incorporates specific innovative techniques, marking the beginning of a renaissance era in fortification construction. These include the positioning of gates to the side of the adjoining bastions, so they could be more easily protected in times of siege, and leaving the upper half of the wall unlined with masonry, to increase its ability to absorb the impact from cannon shot.

Venetian Walls of Nicosia (in Greek)