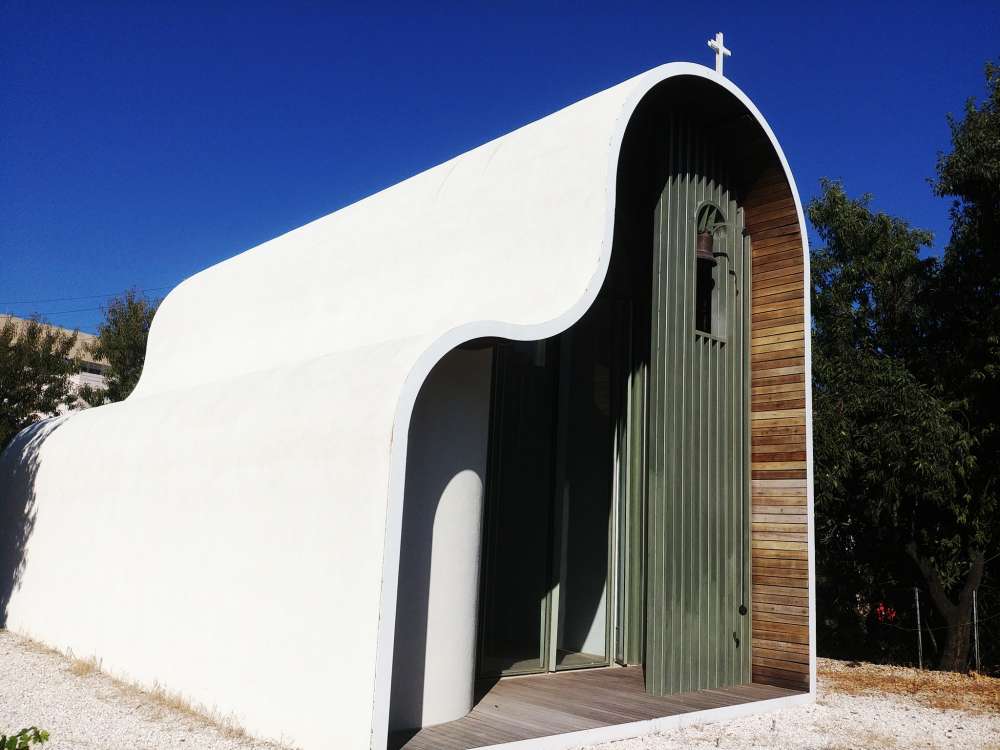 The chapel of Apostole Petros and Agia Eleni is a modern architecture building
The small church is dedicated to Apostole Petros and Agia Eleni tis Martyros and it looks nothing like the churches you have seen untiltoday.
Many magazines and architecture sites around the world have written about this unique futuristic building designed by the Cypriots Odysseas and Michalis Georgiou.
The chapel is found in Paphos at Agios Theodoros area and it was built and delivered to the archibishop of Paphos on July 2015.

The chapel is surrounded by almond trees. 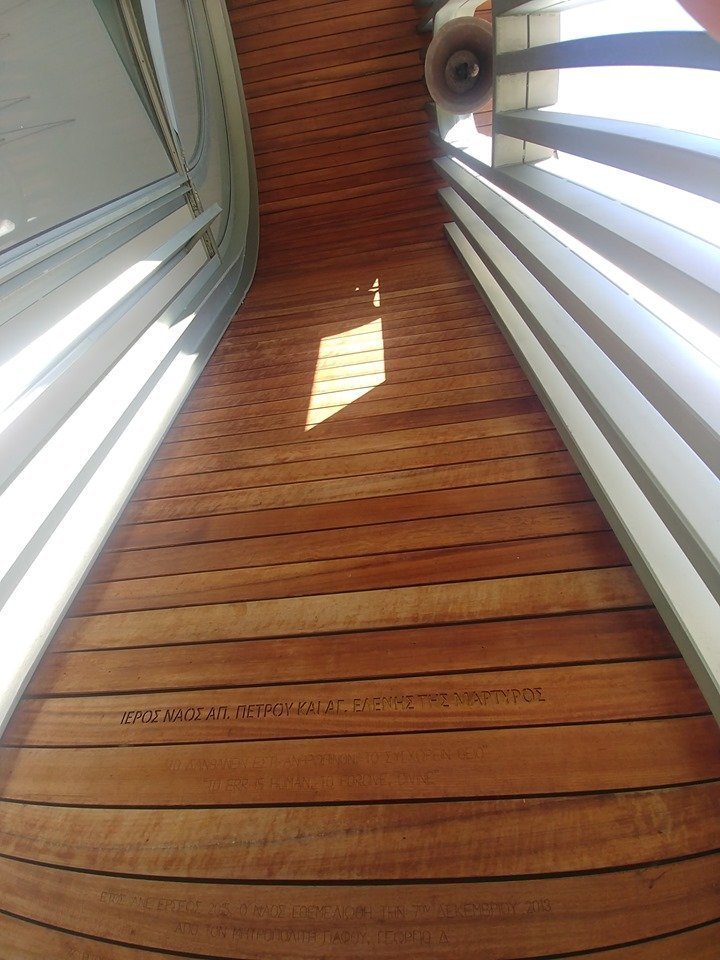 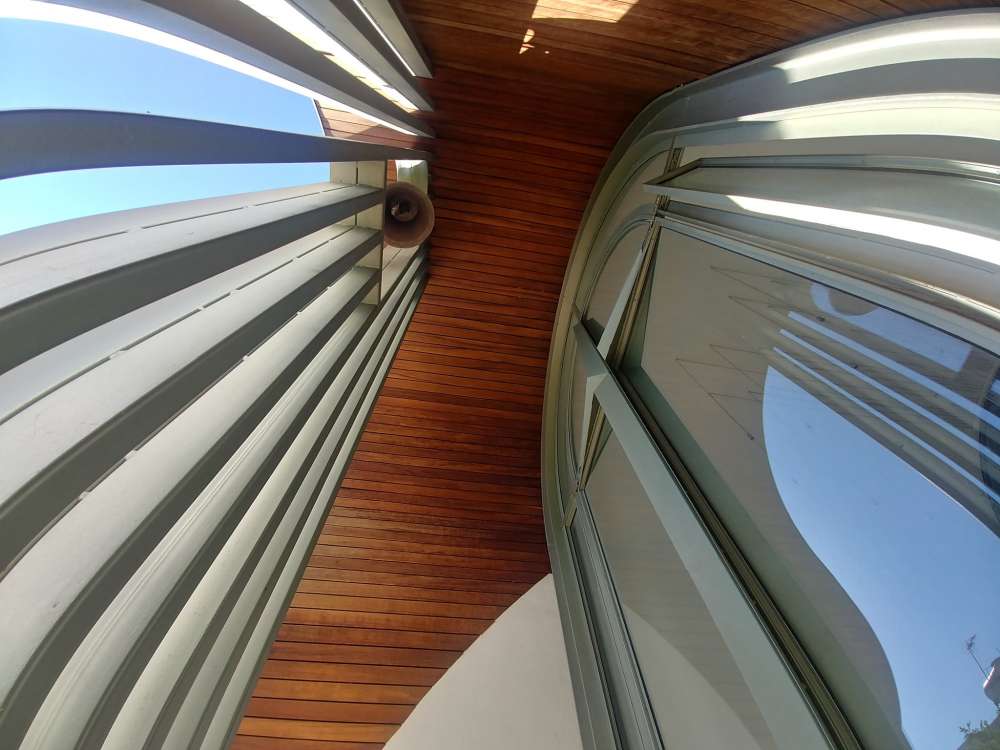 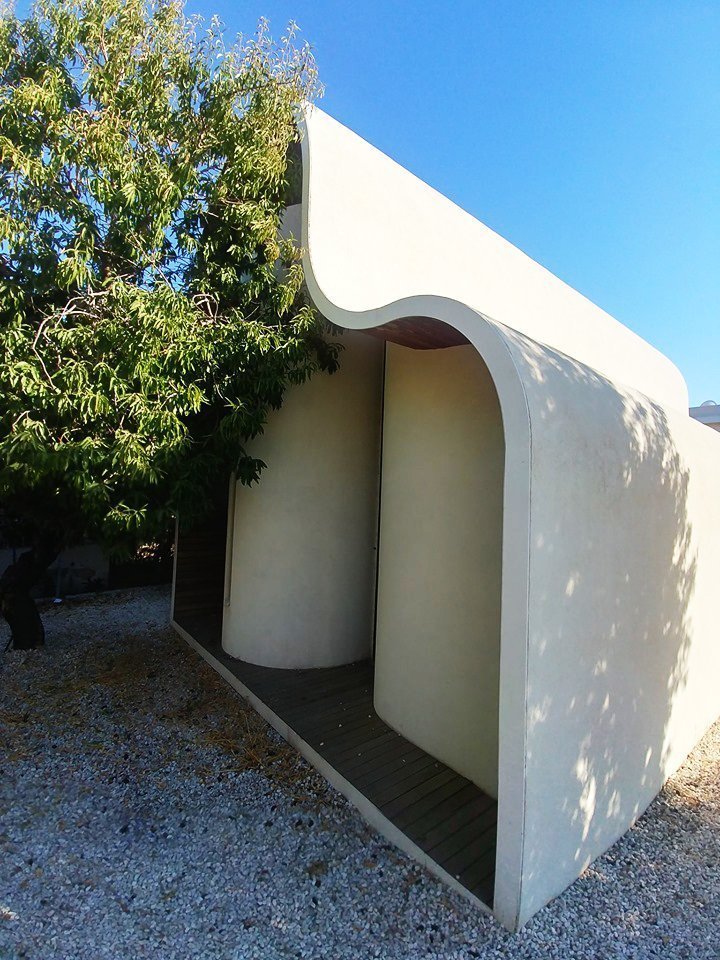