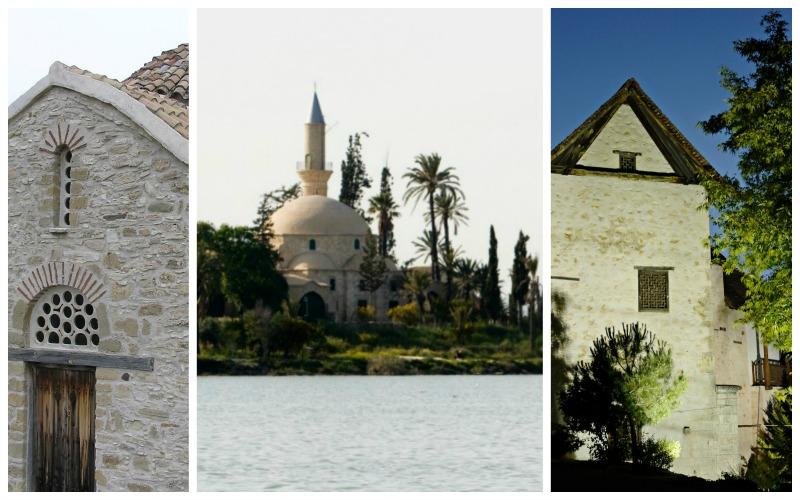 General Tour A: (West religious route)
Starts: Church of Ayion Varnava and Ilariona, Peristerona
Ends: Church of Ayion Apostolon, Pera ChorioA walk in the greater region will give visitors the opportunity to view various samples of ecclesiastical art starting from Peristerona and the five-domed Church of Ayion Varnava and Ilariona. In Kalopanayiotis is the Monastery of Ioannis o Lampadistis, of unique beauty as three churches coexist in a single area. The icon of the Virgin Mary in Kykkos Monastery, perhaps the most imposing on the island, is said to be the work of Apostle Luke. The route continues towards Paphos and the Monastery of Panayia tis Chrysorrogiatissas, the Egkleistra (enclosure carved out of the mountain) of Ayios Neophytos and the Church of Panayia tis Chryseleousas in Empa. In Paphos, visit the church of Ayia Sofia, which was converted into a mosque under Ottoman rule and in Kato Paphos the Basilica of Chrysopolitissa, one of the biggest basilicas in Cyprus. One of two five-domed church of Cyprus is located in Yeroskipou and is dedicated to Ayia Paraskevi while in Palaipaphs, that is, in the village of Kouklia, the Church of Panayia tis Katholikis is located very near the ruins of the Temple of Aprhodite, the worship of whom was replaced by that of the Virgin Mary.On the way back to Nicosia, the route passes from the small church of Ayios Efstathios, the marvelous Monastery of Stavrovouni with the strict ecclesiastical rules of Mount Athos, which, according to tradition, iwas founded by Ayia Eleni. The last stop is the wonderfully frescoed church of Ayion Apostolon in Pera Chorio.

Covering the entire eastern part of the island starting and ending in Nicosia, this tour gives visitors the opportunity to view not only churches and monasteries of the Byzantine period and later but also churches which under Ottoman rule were converted into mosques.
An interesting and significant place to visit is the Um Haram Mosque, a significant Muslim monument built after the death of Um Haram, who, as tradition has it, was a relative of Muhammed himself. In Kiti, the Church of Panayia tis Aggeloktistis has a mosaic of the 6th century AD. The Monastery of Stavrovouni was according to tradition established by Ayia Eleni, the mother of Constantine the Great and there lies a piece from the Holy Cross