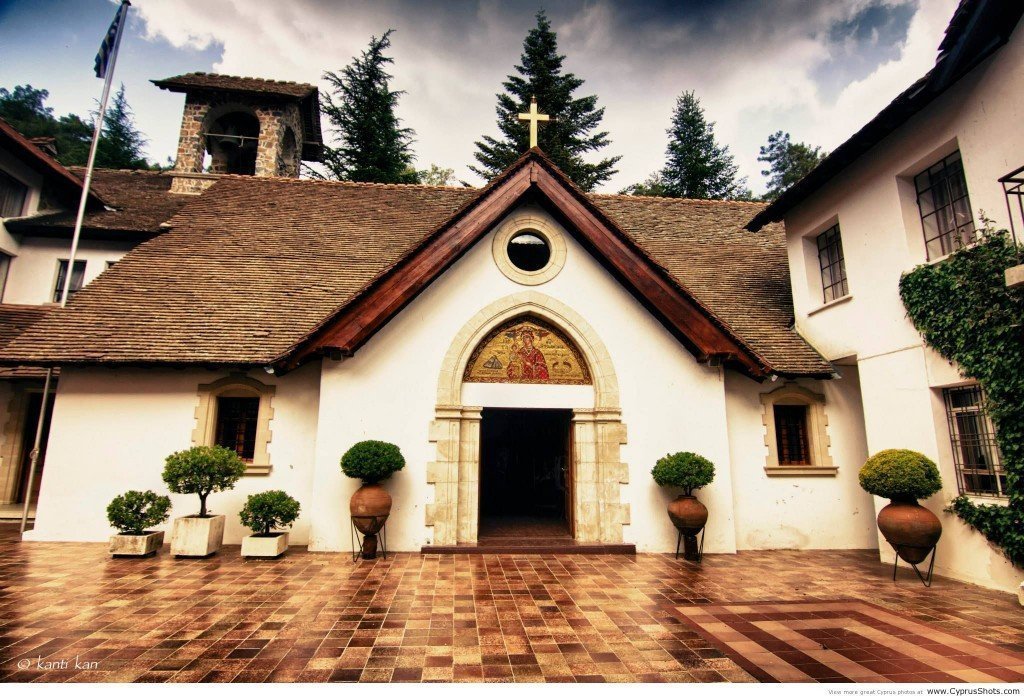 Located on the southern slopes of the Troodos mountain range, the 13th century Trooditissa Monastery is situated among pine trees, commanding a picturesque spot. The present church was built in 1731 and contains a priceless silver-leaf covered icon of the Virgin Mary brought from Asia Minor, believed to give childless couples hope if they pray to her.

The exact date of the foundation of the monastery is not known, but it is believed to have been established immediately after the iconoclastic era by a hermit who resided there during the years of the iconoclasm. The church, as well as the monastic buildings, belong to a later period and can be dated to the end of the 18th or the 19th and 20th centuries.

The monastery is a retreat for prayers, and as such it is closed for visits, although the church is open to visitors.