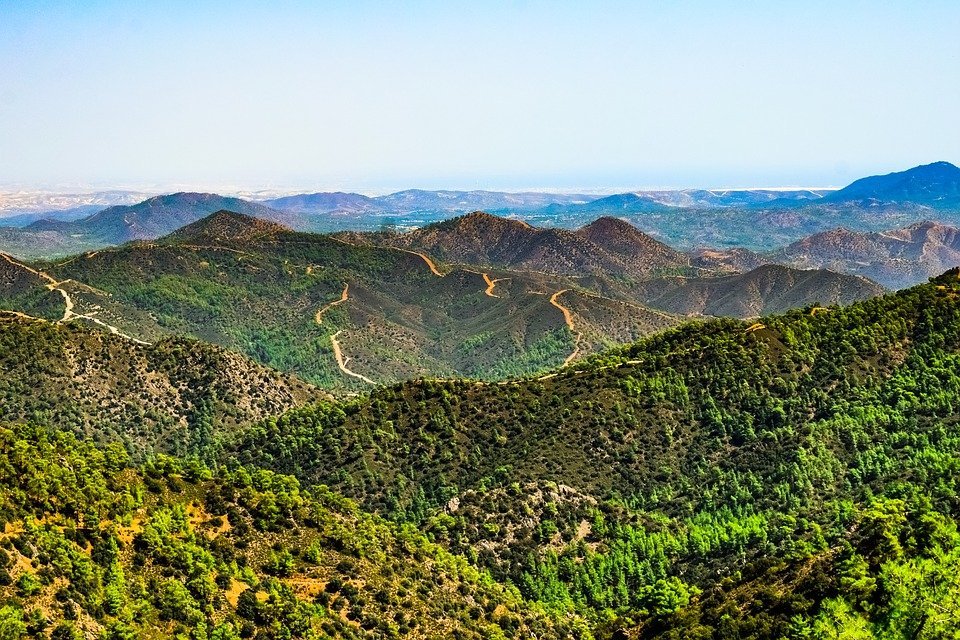 The trail passes through thickets of black pine and follows a route by the cliff’s edge, with views toward Chromium River, Solea Valley, Morfou Bay and the tip of Chionistra. The rich vegetation at the beginning of the trail, comprised of black pine and foetid juniper, gradually gives way to Calabrian pine at lower altitudes (below 1,400 metres). The whole trail is located within the Troodos National Forest Park, which is a Natura 2000 area. The route ends up on the Platania – Agios Nikolaos tis Stegis forest road.

For the first kilometre the route is common with the Kampos tou Livadiou Trail. At the end of the trail you have the choice between three routes that end up at Agios Nikolaos tis Stegis, the village of Kakopetria or Platania Forest Station. ‘Kampos tou Livadiou’ picnic site, situated near the starting point, has potable water.