THE CYPRUS PROBLEM – The usurpation of Greek Cypriot properties 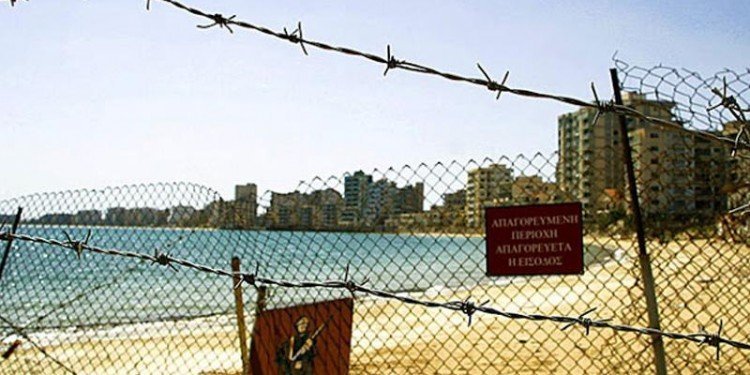 Property rights are protected by both the tradition and practice of Western societies as well as by Western jurisprudence. This right was incorporated in the 1948 UN Universal Declaration of Human Rights (article 17), it is protected by the European Convention (article 1, Protocol I), and by the Charter of Fundamental Rights of the EU (article 17). In addition to their legal and economic aspects, property rights in Cyprus are also an important indicator or heritage and identity.

In the aftermath of the Turkish invasion and the deliberate ethnic cleansing of the occupied areas, the Turkish authorities and their subordinate local administration proceeded with the expropriation and usurpation of Greek Cypriot properties as part of the policy of eradicating the Greek Cypriot heritage in occupied Cyprus. Since 1974, Greek Cypriot displaced and refugee property owners have been denied access to and enjoyment of their property. Moreover, relatives of the displaced and refugees have also been denied inheritance rights to these properties. The usurpation of property has been directed at Greek Cypriots because of their language, ethnicity and religion in clear violation of the European Convention.

Property related issues are an important part of the Cyprus problem and were one of the key reasons for the Greek Cypriot rejection of the “Annan Plan” in the 2004 referendum. The former Secretary-General’s “plan” aimed primarily at property exchange and compensation rather than restitution as provided by international law. In occupied Cyprus 82.5% of the privately owned land is owned by Greek Cypriots. Under regulations adopted by the unrecognised authorities of the occupied areas starting in 1975, the confiscated and expropriated Greek Cypriot properties were redistributed and/or sold to Turkish Cypriots, Turkish mainland settlers, other foreign nationals and business interests leading to an unprecedented construction boom and land sales in occupied Cyprus. This was largely due to:

● The implication that under the 2004 UN plan on Cyprus these illegal transactions would be safeguarded and legalised.

Under international law and the decisions of the European Court of Human Rights, titles of usurped Greek Cypriot properties issued by Turkey’s subordinate local administration are invalid. Any violations of European law are imputable to Turkey because of its effective control of occupied Cyprus.

The objectives and extent of property usurpation:

● The objective that the property issue will be solved on a global political settlement based on two ethnically cleansed states through compensation and property exchange, rather than restitution

● Providing incentives for the movement of settlers from the Turkish mainland to occupied Cyprus.

● In 2004, some 2,827 applications for land sales had been submitted by foreigners, an increase of 196% over the previous year

The government of Cyprus has taken a number of measures to address the problem of Greek Cypriot property usurpation and exploitation in occupied Cyprus. These measures include:

● The criminalisation of the promotion and sale of stolen properties

Greek Cypriot citizens of the Republic of Cyprus have also filed cases against Turkey in the European Court of Human Rights in an attempt to reclaim their property rights. Four cases will be summarised here. The first is the ground-breaking case of Loizidou v. Turkey (1995-1998), while the second is that of Xenides-Arestis v. Turkey (2005-2006).

In the Loizidou v. Turkey case, the European Court of Human Rights:

● Found that Ms. T. Loizidou retains title to her property

● Found that Ms. Loizidou is entitled to more than $1.5 million in damages from Turkey arising from the non-use and enjoyment of her property

● Determined that the absence of effective local remedies was an additional violation of the European Convention.

In the Xenidis-Arestis case, the European Court upheld the precedent set in the Loizidou case and:

● Awarded the petitioner over $1.1 million for having been denied access to and enjoyment of her property

● Determined that these violations occurred because of the petitioners’ ethnic origin, thus violating the non-discrimination provision (article 14) of the Convention

● Determined that available domestic remedies were neither effective nor adequate

● Determined that the Greek Cypriot rejection of the “Annan Plan” in 2004 did not affect the petitioner’s property rights.

The conclusions in the 22 April 2008 judgment (just satisfaction) in the case of Demades v. Turkey, Application No. 16219/90, which awarded to the applicant over $1.2million for loss of use of his property were similar. At this time, there are a large number of property cases pending before the ECHR.

Another Greek Cypriot, M. Apostolides, on 26 October 2004 filed a case in the District Court of Nicosia against David and Linda Orams of the UK, who built illegally on Apostolides’ property in occupied Cyprus. The Nicosia Court decided that the Orams must demolish the home illegally built on Apostolides’ property. Mr. Apostolides sought enforcement of the Nicosia Court decision in the UK, under EU regulation 44/2001. In the UK High Court of Justice-Queens Bench Division, Mr. Apostolides lost the case on technical grounds, i.e. that the EU regulation could not be enforced in occupied Cyprus. Subsequently, Mr. Apostolides lodged an Appeal against this judgement and the Court of Appeal of England and Wales decided to ask the interpretative intervention of the European Court of Justice (ECJ). In its judgement on 28 April 2009 the ECJ ruled that a judgment of a Court in the Republic of Cyprus must be recognised and enforced by the other EU member states even if it concerns land situated in the Turkish occupied areas of Cyprus. Even though final adjudication is still pending, the British Court has already affirmed several significant legal points:

● Mr. Apostolides remains the legitimate owner of his property and cannot be deprived of the title to his land

● Persons buying property in the occupied areas belonging to displaced Greek Cypriots are tresspassers and can be treated as such.

The European Court of Human Rights in its historic decision on Cyprus v. Turkey of 10 May 2001 addressed the issue of violations of Greek Cypriot property rights. It determined that:

● There is absence of effective local remedies in occupied Cyprus.

The issue of “domestic remedies”:

In an attempt to remedy the findings of the European Court of Human Rights on the absence of effective local remedies (article 35, par. 1 of the Convention), the Turkish Cypriot “authorities” adopted “law” 67/2005 providing for the establishment of a Compensation Commission to which Greek Cypriot applicants would be directed to apply prior to a recourse to the European Court. It should be noted that:

● Resort to such a Commission is not obligatory if an applicant considers the remedies to be inadequate, ineffective and that the “authorities” have failed to investigate and address misconduct that inflicted harm

● The Commission is not empowered to investigate, hault or control violations of Greek Cypriot property rights.

Turkey has refused to consider a request by the government of Cyprus that a moratorium be imposed on all construction activity in occupied Cyprus and that a census be taken on the status of Greek Cypriot immovable property. This would help clarify many of the issues raised in this section.

Turkey’s refusal to comply with the implementation of the European Court of Human Rights decision in the historic Loizidou case brought strong condemnation of Turkey by the Committee of Ministers of the Council of Europe on the eve of Turkey’s accession talks with the EU. Under the threat of sanctions, Turkey paid the penalties imposed in the Loizidou case (December 2003). However, Turkey has not taken any steps leading to the restitution of her property.

Turkey’s documented and continuing violations of Greek Cypriot property rights are a clear indication of her intent to consolidate its conquest of nearly 37% of the Republic of Cyprus and the creation of two ethnically homogeneous states on Cyprus.