THE CYPRUS PROBLEM – The 1974 Turkish Invasion and its consequences 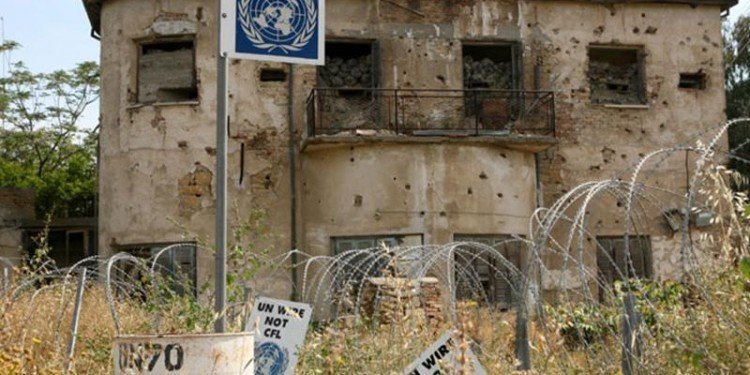 In 1967, a military junta seized power in Greece. The relationship between that regime and President Makarios of Cyprus was tense from the outset and became increasingly strained. President Makarios made it known that he was convinced that the Athens junta was involved in efforts to undermine his authority and policies through extremist underground organisations in Cyprus conspiring against his government and against his life.

On 15 July 1974, the Greek military junta and its Greek Cypriot collaborators carried out a coup against the democratically elected president of Cyprus. Using this criminal act as a pretext, Turkey invaded Cyprus five days later. In a two-phase invasion in July and August, and despite calls by the UN Security Council [Resolution 353 (1974)] and the quick restoration of constitutional order on the island, Turkey occupied 36.2 percent of the sovereign territory of the Republic and forcibly expelled about 180,000 Greek Cypriots from their homes. Another 20,000 Greek Cypriots, who remained in the occupied areas, were also forced to eventually abandon their homes and seek refuge in the safety of the government controlled areas. Today, fewer than 500 enclaved Greek Cypriots remain in the occupied areas.

In addition to the economic devastation caused by the invasion and the forcible population movement, over 3000 persons were killed, while some 1400 Greek Cypriots are still missing.

Turkey’s occupation brought economic ruin to the part of the island which prior to 1974 was the richest and most developed. Poor economic conditions resulting from Turkey’s mismanagement and Turkey’s systematic colonisation of the occupied areas by illegal settlers forced Turkish Cypriots to emigrate to Europe and elsewhere. The settlers currently outnumber the indigenous Turkish Cypriots by about two to one. Independent observers have documented this issue for the Parliamentary Assembly of the Council of Europe in 1992 and again in 2003. Finally, there are still over 43,000 heavily armed troops from Turkey in the occupied areas. It should be noted that beginning with Security Council Resolution 353 of 20 July 1974, the UN has called for “an immediate end to foreign military intervention in the Republic of Cyprus,” and for “the withdrawal without delay from the Republic of Cyprus of foreign military personnel present otherwise than under the authority of international agreements.”

In violation of international law and UN resolutions, Turkey and the Turkish Cypriot regime have systematically attempted to eradicate the Greek cultural heritage in the occupied areas. Towns and villages have been given Turkish names, while archaeological sites, churches and cemeteries have been plundered, damaged or converted to other uses. In November 1983, Turkey instigated and endorsed a “unilateral declaration of independence” in the occupied area by the Turkish Cypriot leadership. The so-called “Turkish Republic of Northern Cyprus” (“TRNC”) has not been recognised by anyone other than Turkey, which exercises virtual control over it. UN Security Council resolutions 541 (1983) and 550 (1984) categorically condemned this unilateral action, declared it invalid, called for its withdrawal, and called on all UN member-states not to recognise this illegal entity. The EU and other international and regional organisations have adopted similar positions. For all legal and political purposes, the international community recognizes only the Republic of Cyprus created in 1960 and its government, even though the government cannot currently exercise its authority in areas under military occupation by Turkey.

Legal decisions by regional and national courts in Western Europe, in the United States, and in the United Kingdom provide an important independent record of the consequences of Turkey’s 1974 invasion and its continuing occupation of Cyprus. They also affirm the legitimacy of the Republic of Cyprus and of its government. These decisions constitute an important foundation for any future comprehensive settlement of the Cyprus problem.