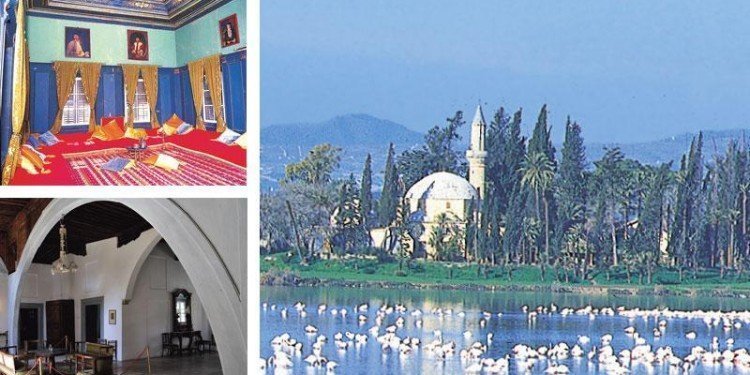 Cyprus becomes part of the Ottoman Empire The period of Ottoman rule in Cyprus began with the fall of Ammochostos (Famagusta) in 1571. The Latins were expelled from the island and a Moslem community was established in Cyprus for the first time. Privileges were given to the Orthodox church of Cyprus from the beginning of Ottoman rule, giving it not just religious authority but also political authority.

Cyprus went through hard times during Ottoman rule. The contribution of the Greek Cypriots to the Greek War of Independence in 1821 resulted in the execution of Cyprus Archbishop Kyprianos, three of h is bishops and about 470 clerics and laymen. Since the early 18th century, there took place a positive social and economic resurgence in the lives of Greek Cypriots and Greeks, alongside the parallel decline of the Ottoman Empire.

The trading activities of Europeans in the coastal towns of Cyprus and the establishment of foreign consular offices in Larnaka marked the start of a change in the social fabric of the island, from agricultural and semi-fendal as it was in previous periods, to semi-urban in the coastal towns.

This social change was strengthened by the close contacts of the Greeks of Cyprus with the newly independent Greek state that emerged after the Greek War of Independence. These first urbanised townsfolk began to express the first strong nationalist sentiments.

By In Cyprus
Previous article
Hiking
Next article
Beekeeping