Isaac Comnenos, the only Emperor of Cyprus 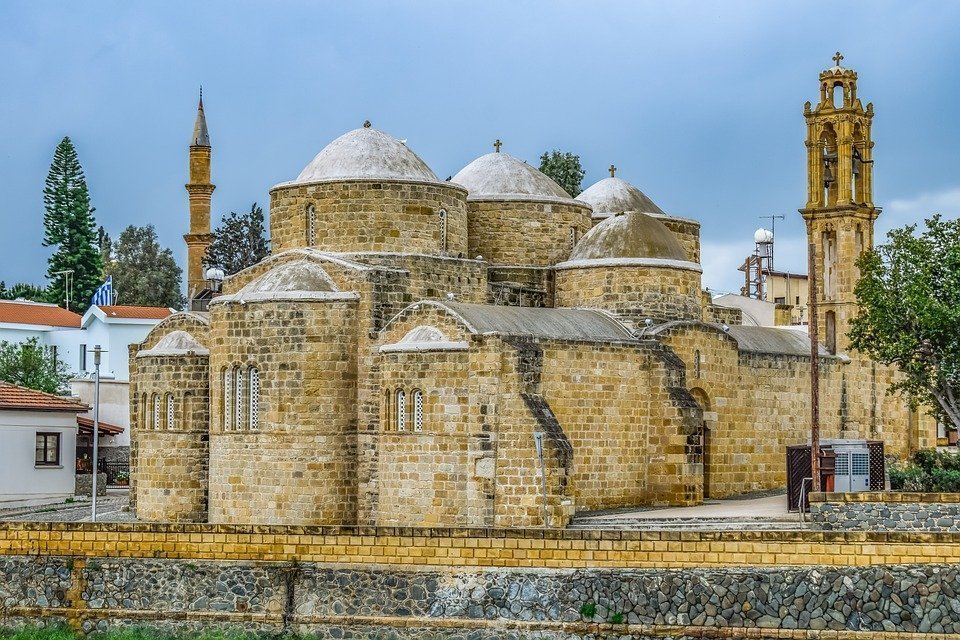 At the death of Byzantine emperor John II Komnenos in 1143, the throne passed not to his third and oldest living son, Isaac Komnenos, but his youngest son, Manuel I Komnenos, who successfully claimed the throne.
Isaac nevertheless served amiably as sebastokrator, and his first wife Theodora Kamaterina (d. 1144) bore him a daughter, Irene Komnene, and other children. Irene Komnene married an unnamed Doukas Kamateros and gave birth to Isaac Komnenos, a minor member of the Komnenos family, c. 1155.

Life of Isaac Comnenus before coronation

Isaac Komnenos married an Armenian princess in Cyprus. Emperor Manuel I Komnenos made Isaac governor of Isauria and the town of Tarsus (now in Mersin), where he started a war against the Armenian Kingdom of Cilicia, soldiers of which captured him. As Emperor Manuel died in 1180, seemingly nobody greatly cared about the fate of Isaac, whose long imprisonment seemingly failed to improve his general disposition. On account of his Armenian royal wife, he perhaps endured not too harsh terms of captivity 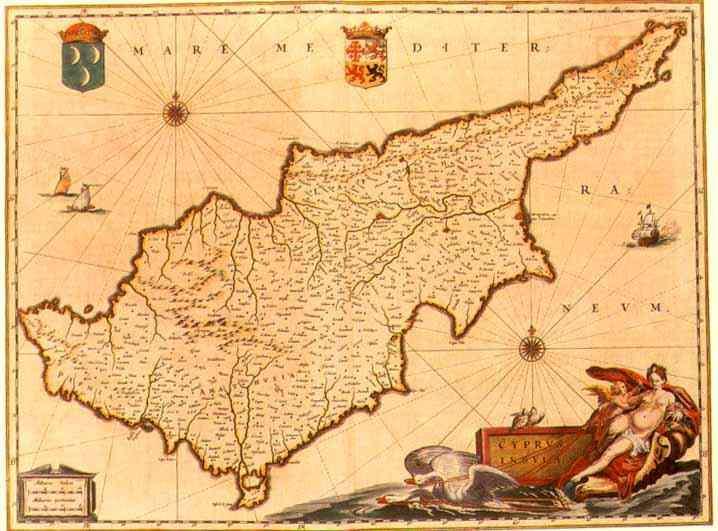 Finally his aunt Theodora Komnene, queen consort of Jerusalem, during an affair with the new Byzantine emperor Andronikos I Komnenos (1183–1185), convinced the Emperor to contribute to his ransom.
Constantine Makrodoukas, a loyal supporter of the emperor and uncle of Isaac, and Andronikos Doukas, a relative, childhood friend, both contributed to his ransom. These two relatives personally stood surety for the fealty of Isaac Komnenos to the Byzantine emperor. The Knights Templar, whom Niketas Choniates labels “the Phreri,” strangely enough contributed as well.

The Armenians in 1185 released Isaac, clearly tired of the imperial service. He used the rest of the money to hire a troop of mercenaries and sailed to Cyprus. He presented falsified imperial letters that ordered the local administration to obey him in everything and established himself as ruler of the island 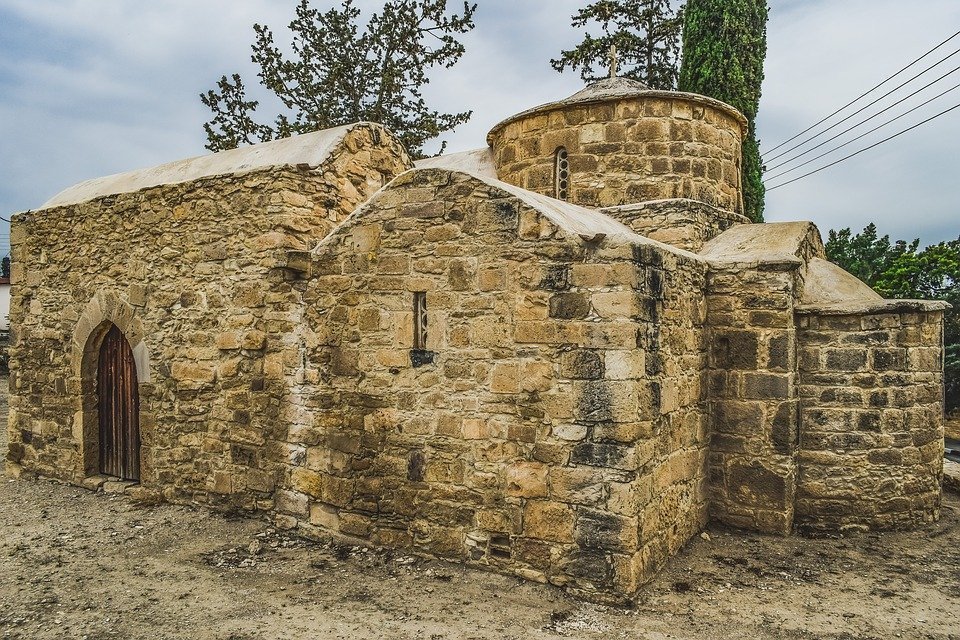 Because Isaac Komnenos failed to return to imperial service, Byzantine emperor Andronikos I Komnenos ordered Constantine Makrodoukas and Andronikos Doukas to get arrested for treason, although Constantine had heretofore loyally supported the emperor

The courtier Stephen Hagiochristophorites conducted a water-oracle that gave the letter I (iota) as the initial of the succeeding emperor, so Byzantine emperor Andronikos I feared an attempt of Isaac to usurp the throne. When court officials led the prisoners from prison to face the charges, Hagiochristophorites started to stone them and forced others to join him. Stones impaled both prisoners at the front of the palace of Mangana (Constantinople) on 30 May 1185.

Another oracle gave the date of the start of the rule of the next Byzantine emperor, a time much too near then for Isaac to make the crossing from Cyprus, which greatly relieved Byzantine emperor Andronikos I.

Meanwhile, Isaac took many other Romans into his service. He created an independent patriarch of Cyprus, who crowned him as emperor in 1185.

After a popular uprising at Constantinople led to the death of the Byzantine emperor on 12 September 1185, Isaac II Angelos succeeded to the Byzantine throne. He raised a fleet of 70 ships to take back Cyprus. The fleet was under the command of John Kontostephanos and Alexios Komnenos (died 1188), a nephew once removed of the emperor. Andronikos I Komnenos ordered Alexios blinded; neither he nor quite old John seemingly fit the role particularly well.

The fleet landed in Cyprus, but after the troops left the ships, Margaritus of Brindisi, a pirate in the service of King William II of Sicily the Good captured the ships. Isaac or more likely Margaritus won a victory over the Byzantine troops and captured the captains, whom he took to Sicily, while the rest of the sailors on Cyprus tried their best to survive and to fend off the enemy. “Only much later did they return home, if they had not perished altogether.” 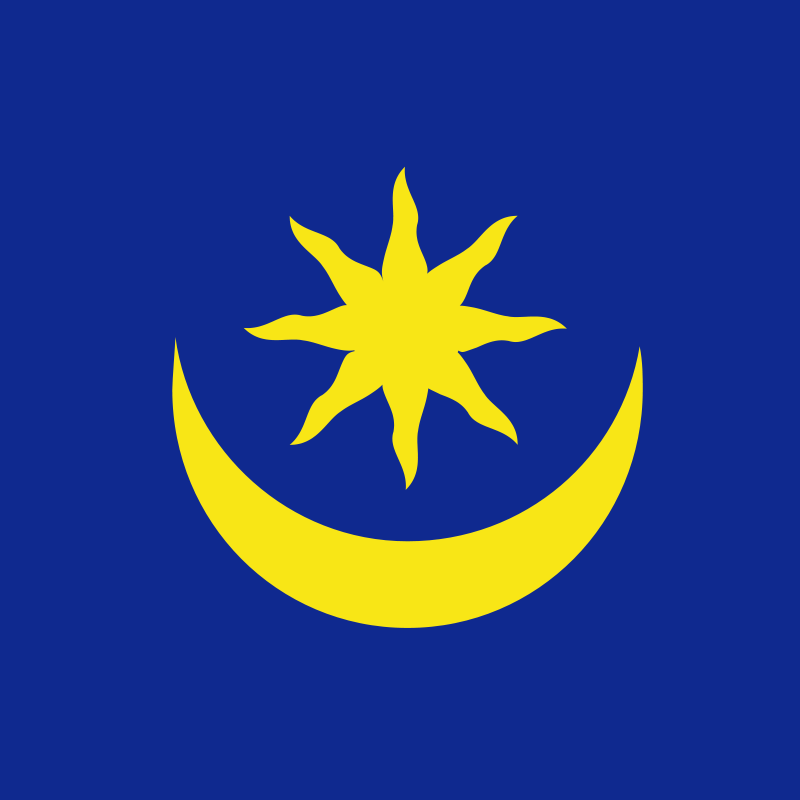 The blazon of Isaac Comnenus

From the time of his coronation, Isaac quickly started to plunder Cyprus, raping women, defiling virgins, imposing overly cruel punishments for crimes, and stealing the possessions of the citizens. “Cypriots of high esteem, comparable to Job in riches now were seen begging in the streets, naked and hungry, if they were not put to the sword by this irascible tyrant.” Furthermore, he despicably ordered the foot of Basil Pentakenos, his old teacher, hacked and amputated.

Niketas Choniates describes him as an irascible and violent man, “boiling with anger like a kettle on the fire.” Byzantine emperor Andronikos I Komnenos nevertheless bore responsibility for greater cruelties. A seeming league with William II of Sicily, a powerful thorn in the side of the Byzantine Empire, helped Isaac to hold the island for the duration of his reign, and he was also closely connected to Saladin, sultan of Egypt and Syria.

King Richard the Lionheart and others embarked on the Third Crusade in 1189. Early in 1191, Berengaria of Navarre and Joan of England, the fiancée and sister of King Richard, travelled together and were shipwrecked on Cyprus; Isaac Komnenos then took them captive. In retaliation, King Richard conquered the island while on his way to Tyre.[citation needed] Isaac is recorded firing two arrows at Richard from horseback, which is notable because Byzantine horse archery is an obscure subject.

The English took Isaac prisoner near Cape Apostolos Andreas on the Karpass Peninsula, the northernmost tip of the island. 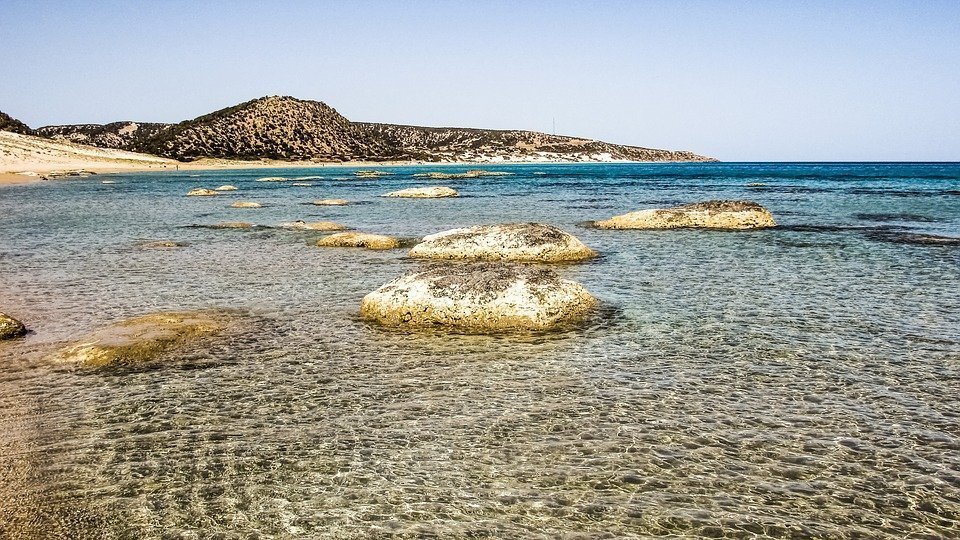 Cape Andreas, where Isaac is said to have been taken prisoner by the Crusaders

According to tradition, as Richard had promised not to put him into irons, he kept Isaac prisoner in chains of silver. The English transferred Isaac to the Knights Hospitaller, who kept him imprisoned in Margat near Tripoli.

Returning to Europe after the Third Crusade, King Richard was captured by Leopold V, Duke of Austria and Styria, and imprisoned by Henry VI, Holy Roman Emperor. The subsequent ransom agreement freed Isaac and his daughter into the care of Duke Leopold, the son of Theodora Komnene, queen consort of Jerusalem and aunt of Isaac. Isaac then traveled to the Sultanate of Rum, where he attempted to gain support against the new Byzantine emperor Alexios III Angelos, crowned in 1195. However his ambitions came to nothing, as he died of poisoning in 1195 or 1196.

Sources do not name the daughter of Isaac but usually call her the “Damsel of Cyprus”. Upon the deposition of her father Isaac, she joined the court of King Richard the Lionheart, and after the Third Crusade, she traveled back to England with the other ladies of his court, including Joan of England, sister of King Richard, and Berengaria of Navarre, now queen consort of England. In 1194, as part of ransom agreement of King Richard, the English released the Cypriot princess into the care of Leopold of Austria, a distant relative.

Later she lived in Provence, where in 1199 she again encountered Joan, now married to Raymond VI, Count of Toulouse. After Joan’s death in early September 1199, Raymond married the princess from Cyprus, but the marriage was annulled probably in late 1202. In 1203 she married Thierry, an illegitimate son of Baldwin I of Constantinople, then Count of Flanders. The couple sailed from Marseille in 1204 with a convoy of warriors who intended to join the Fourth Crusade, but on reaching Cyprus, they attempted to claim the island as inheritors of Isaac. The attempt failed, and they fled to Armenia.

By In Cyprus
Previous article
Update: End to incident with woman who barricaded herself at home
Next article
Democrats accuse Trump of corrupt scheme to pressure Ukraine