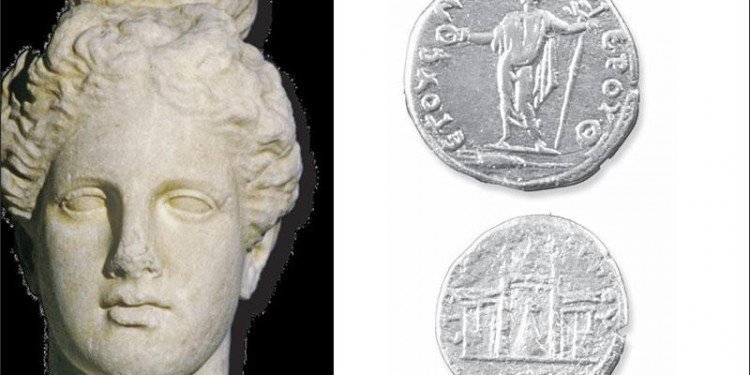 Classical, Hellenistic and Roman Periods During the Classical period (480-310 BC) Cyprus found itself in the middle of the Greco-Persian Wars.The Greek strategy was to drive the Persians off all Greek lands, including Cyprus,where they succeeded just for a short period, between 450 and 449 BC, when the Athenian fleet led by Kimon took over Marion, liberated Soloi and besieged Kition.

Despite this, Cyprus did eventually become part of the Persian Empire, though still maintaining its independence to a large degree. During the rule of Evagoras of Salamis (411-374 BC) Cyprus developed into one of the most important political and cultural centres of the Hellenic world. Evagoras rebelled against the Persians, but after a lengthy war he was forced to sign a peace treaty with Persia. Throughout Persian rule, Greek influences on Cyprus were very strong.

Deities of the Greek pantheon were introduced and Greek artists were assigned to create the seals of the coins to be minted for use by the Cypriot city-kingdoms. Persian rule came to an end during the Hellenistic period (310-30 BC) during Alexander the Great’s campaign to the East. After Alexander’s death, Ptolemy, one of his successors, became ruler of the island. Strong influences of Alexandria, the capital of the new Ptolemaic kingdom of Egypt, are evident in all areas of art, such as sculpture, ceramics and statuette making. During the Ptolemaic period Cyprus was mainly used as a military base. The Ptolemies exploited the island’s natural resources, such as copper, timber for the construction of ships, olives and wheat.

The Romans,who took control of Cyprus after the Ptolemies, mainly exploited its copper mines. Although the Roman period proper is said to have begun in 58 BC, Cyprus did not come under Roman rule until 30 BC. During the Roman period (30 BC-330 AD), the name of Cyprus became synonymous with the Latin equivalent name for copper (cuprum). Under Roman rule, as a result of trade Cyprus enjoyed a three hundred year period of economic growth.

One of the main exports at the time was decorative Cypriot pottery. Cypriot jewellery and glassware copied the decorative styles of Roman craft shops. At the start of the Roman period burial tombs were particularly rich, often containing exquisite golden jewellery and crafted glassware. A landmark in the history of Cyprus during the Roman period was the conversion of the island to Christianity by the Apostles Paul and Barnabas, starting in 45 AD.