10,000 years of history and civilisation 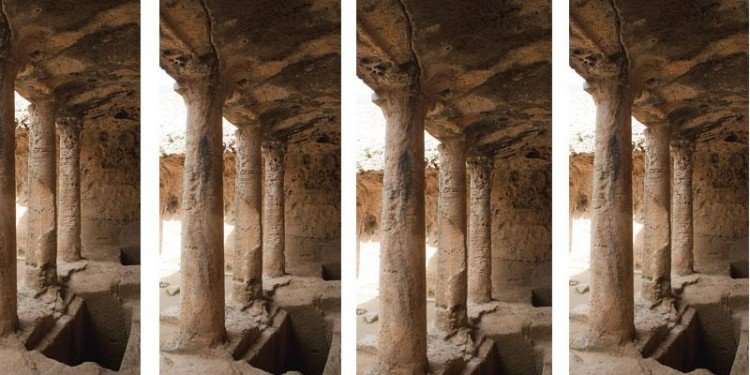 A country’s cultural heritage is the most important living treasure of its people. It is through this that its identity can be expressed and an awareness of its historical continuity through time can be created. Cyprus is the third largest island in the Mediterranean. It is situated at the crossroads of three continents – Europe, Asia and Africa.

This geographic position has since antiquity played an important part in the island’s turbulent history. Its prehistoric age inhabitants were joined by the Mycenaean Greeks 3500 years ago, who introduced and established their civilisation, thus permanently instilling the island’s Greek roots. Many other cultures followed since then, including Phoenicians, Assyrians, Franks, Venetians, Ottomans, British, all leaving behind visible traces of their passage.

On this island once walked Christ’s apostles. The splendour of the Byzantine Empire for many centuries encapsulated Cyprus. The island is an open-air museum, where one can visit prehistoric settlements, classical Greek temples, Roman theatres and villas, early Christian basilicas, Byzantine churches and monasteries, Crusader castles, Gothic cathedrals, Venetian fortifications, Moslem mosques and British colonial-style buildings. In the villages one can still observe old ways of life, customs and traditions. Here, festivities whose origins hark back to the depths of antiquity are still being celebrated.

These include Carnival and the Flower Festivals. Aphrodite, the ancient Greek Olympian goddess of beauty and love, who according to mythology was born on the island, still roams her beloved Pafos and the “Sweet land of Cyprus”, omnipresent in the bright atmosphere, the beauty of the landscape and the charm of the local people. At Kouklia, where once stood her great temple, now stands a church fittingly known as the church of “Panagia Aphroditissa”.

The immortal verses of the ancient Greek playwrights still reverberate on a balmy summer evening at the ancient theatre of Kourion and the Pafos Odeion, where classical Greek plays are regularly staged. And in the month of September, wine flows copiously and the spirit of Dionysos, the Greek god of wine and well-being, lives on throughout the duration of the Wine Festival.

Popular medieval songs can still be heard on the island reviving the legends of Digenis, the invincible folk hero of the Byzantine era and the unfettered Rigaina, the beautiful amazonian queen. Cyprus, as the easternmost part of Europe, constitutes a cultural bridge between people of different religions, cultures and ways of life.