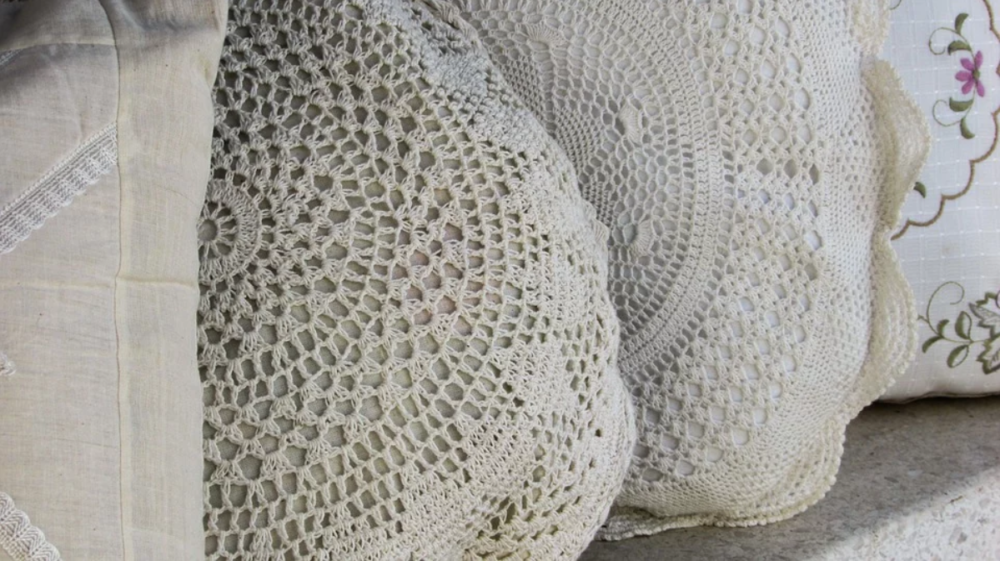 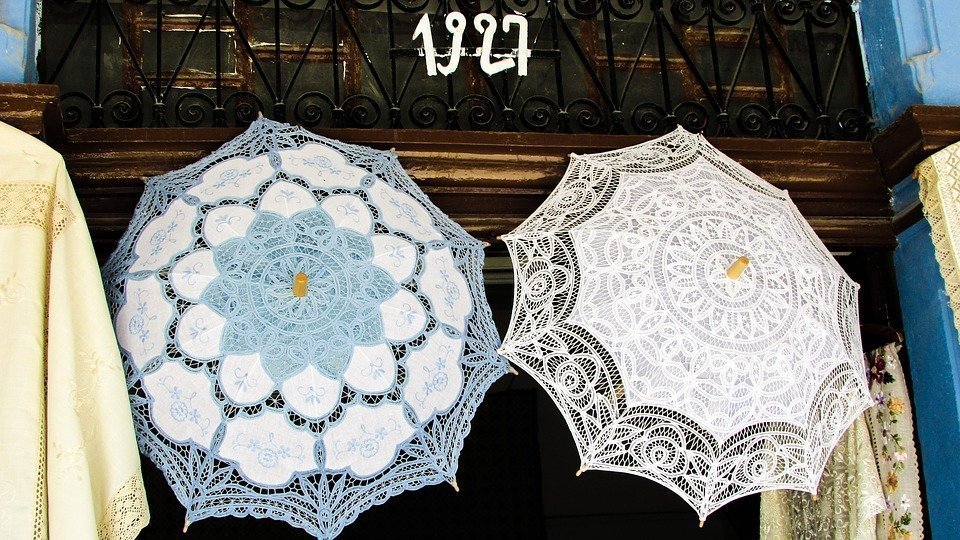 Lefkaritika is the characteric type of embroidery art in Cyprus, dating back to at least the fourteenth century. It falls under the category of white embroidery art of Cyprus 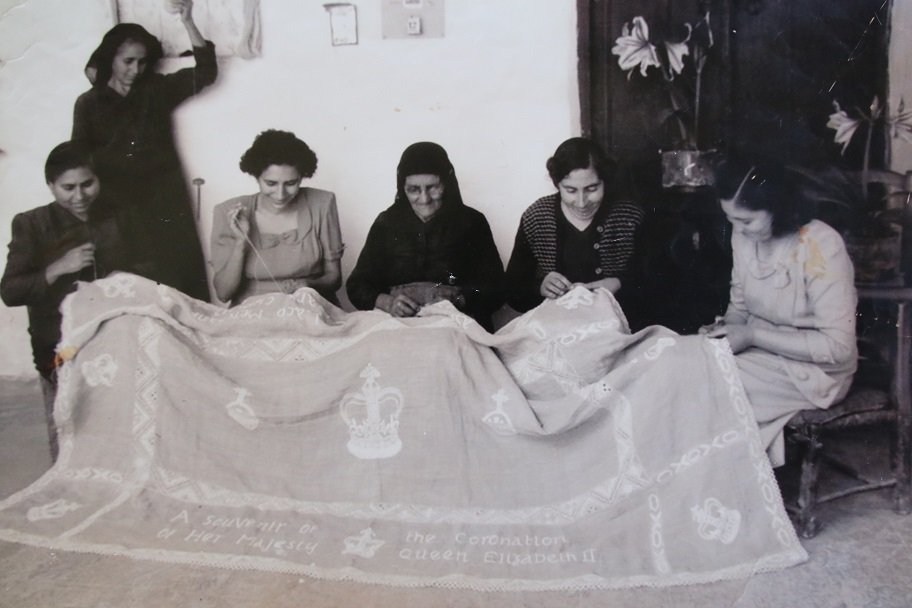 It is the evolution of an older type, called “asproploumia”. The main stitches of “asproploumia” survived in the newest type of Lefkaritika. New stitches and motifs are added depending on the skill and creativity of the embroideress 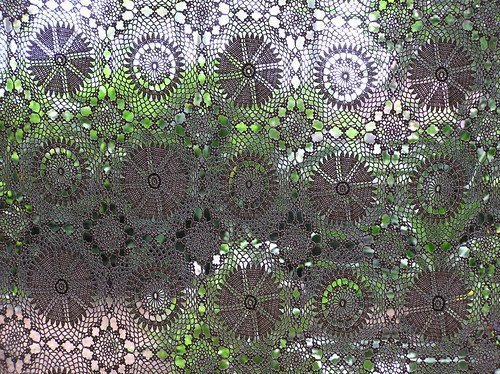 Lefkaritika soon reached a higher level of quality, because of the competition between women, since they were considered to be a centre piece of a dowry. Each girl had to have an extended collection ready for exhibition on her wedding day. This way a lot of the traditional elements were past from mother to daughter. Many women practised embroidery as a profession as well 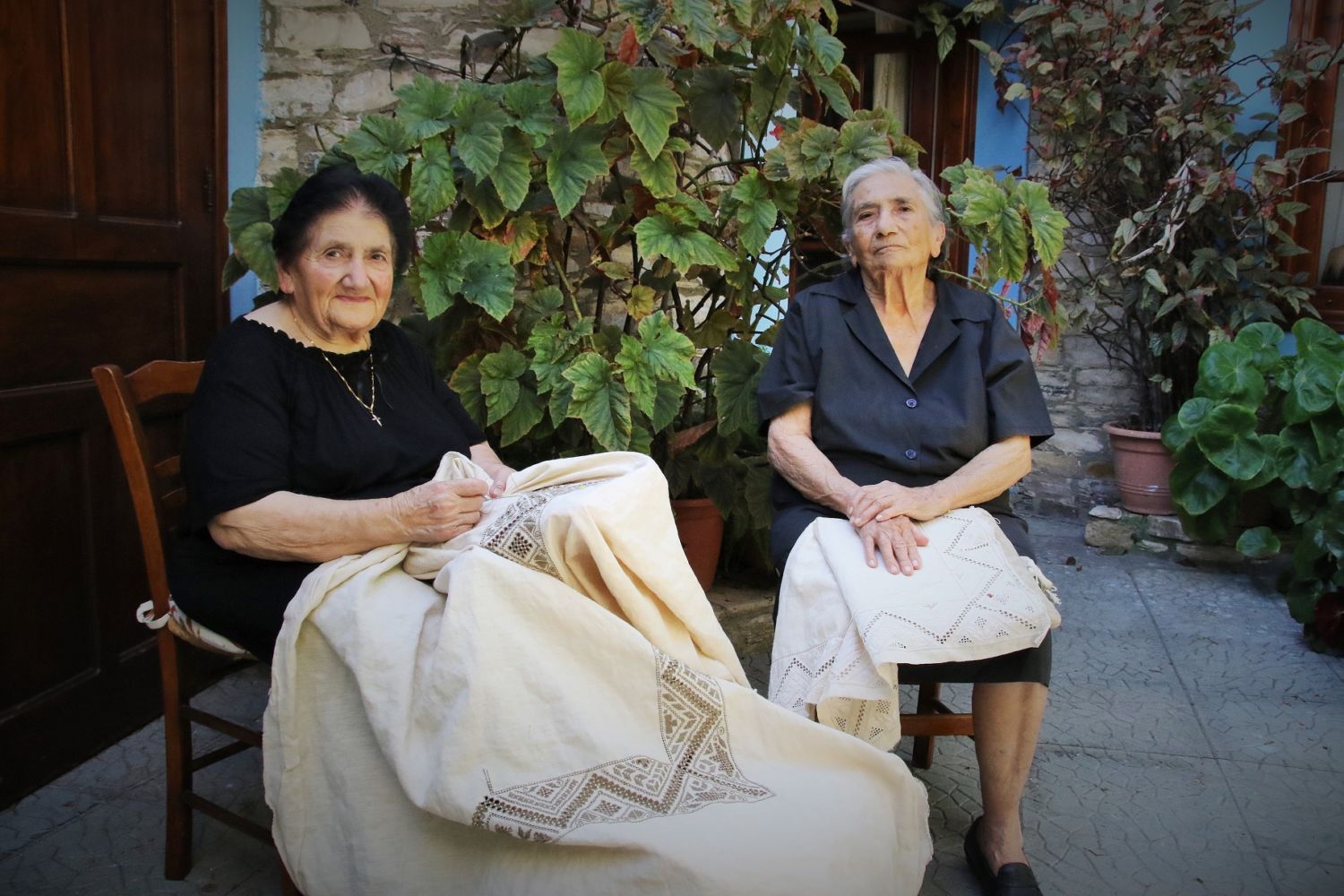 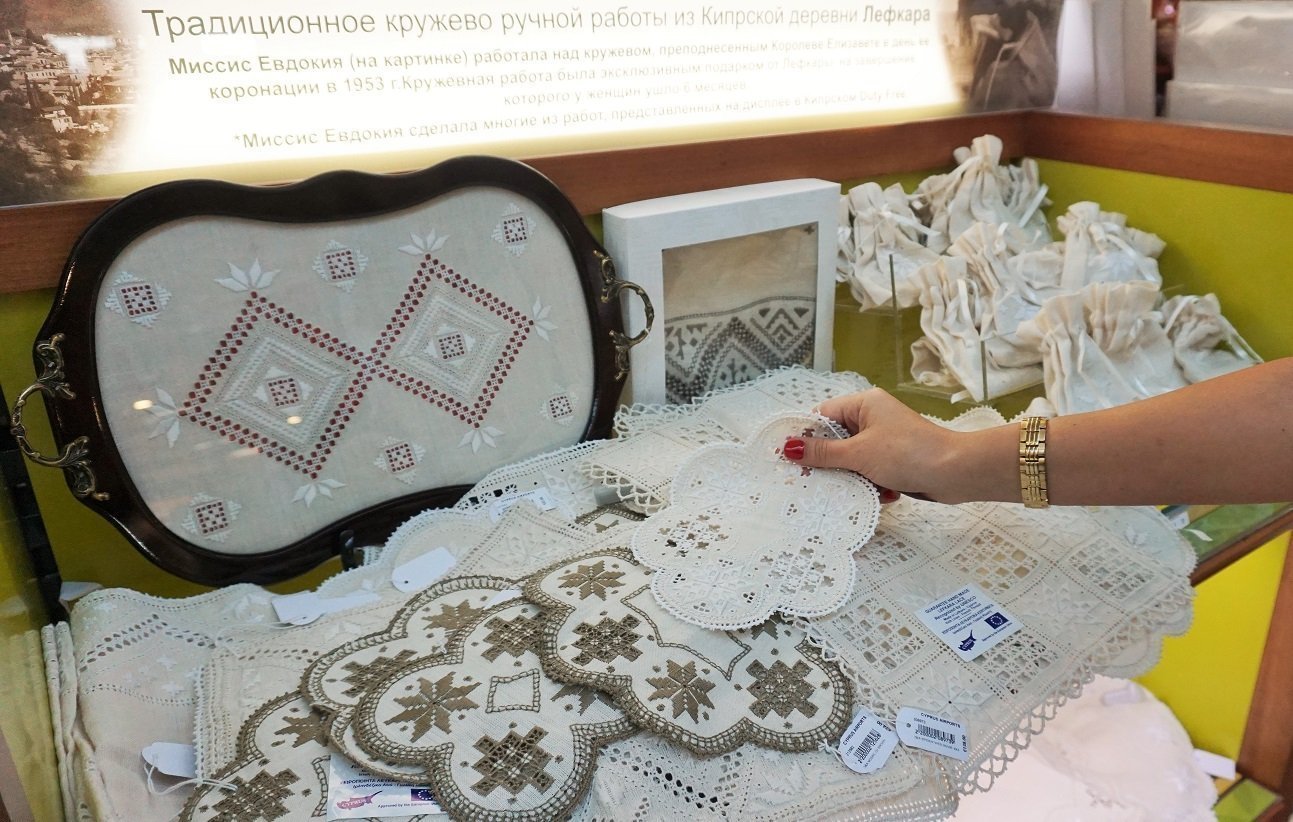 Women embroideresses in Pano Lefkara, called “ploumarisses” organised their production from home. Men from Lefkara, called “kentitarides”, were merchants and they travelled across Europe and Scandinavia. According to tradition, in 15th century Leonardo da Vinci visited Cyprus and took a Lefkara Lace back to Italy with him, which today decorates Duomo Cathedral in Milan 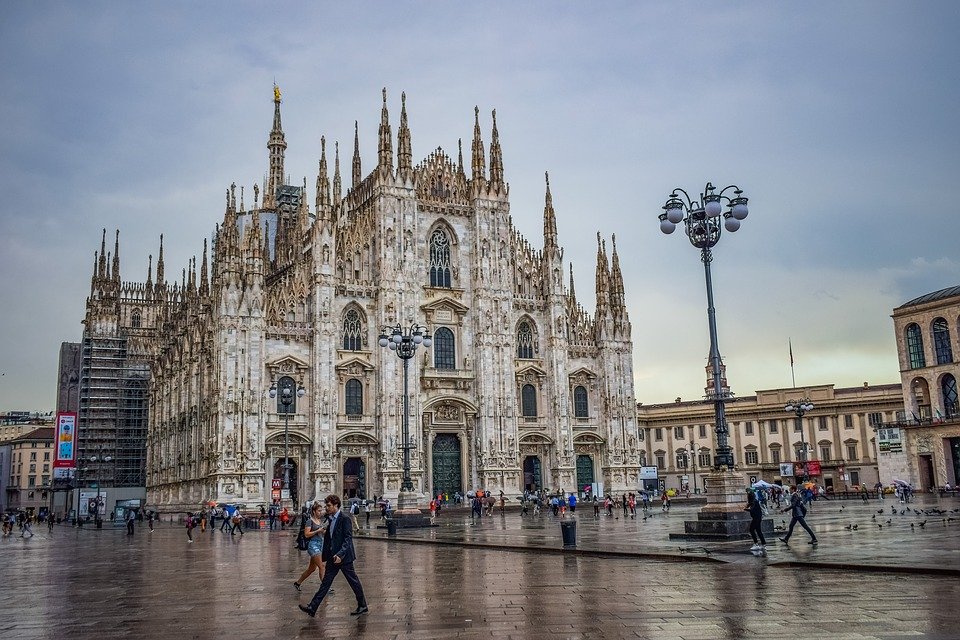 The greatest centres of production used to be Pano Lefkara and Kato Lefkara villages. Today these embroideries are manufactured all over Cyprus, especially in villages, Kato Drys, Vavla, Vavatsinia, Ora, Choirokoitia, Skarinou, Dali and Athienou. 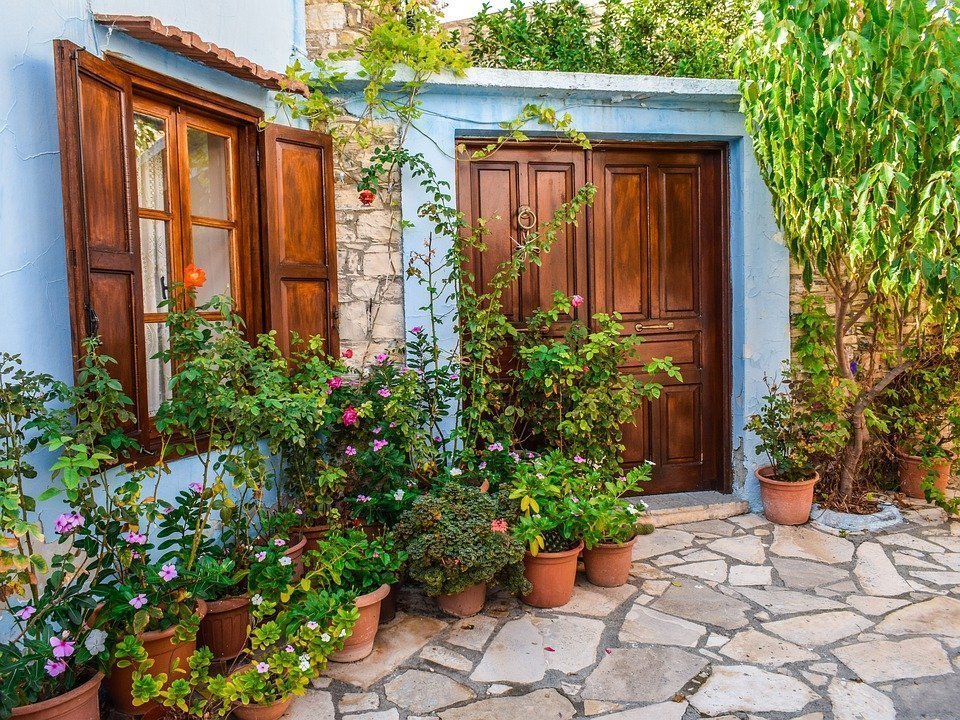 The first Lefkara Lace was made from the local white cotton fabric produced in Cyprus. A combination of stitches and cuts is used. The large embroideries called “tagiades” are added to “dantela venis” (“Venice Lace”), “pittota”, “gyroulota”, “liminota” patterns. 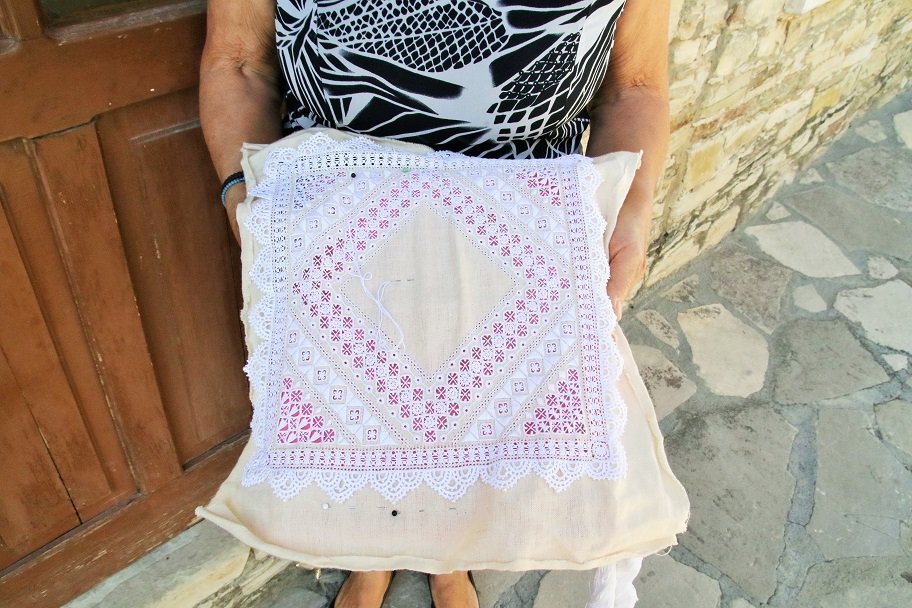 Their name comes from the Italian “Punto Tagliato”, a kind of a cut design popular in Italy during the 16th century, According to the Cyprus Handicraft Service the different motifs for Lefkara Lace add to more than 650. The most characteristic pattern in Lefkara Lace is “potamoi” (“rivers”). They made from triangular zig-zags, called “kamares” (“arcs”). 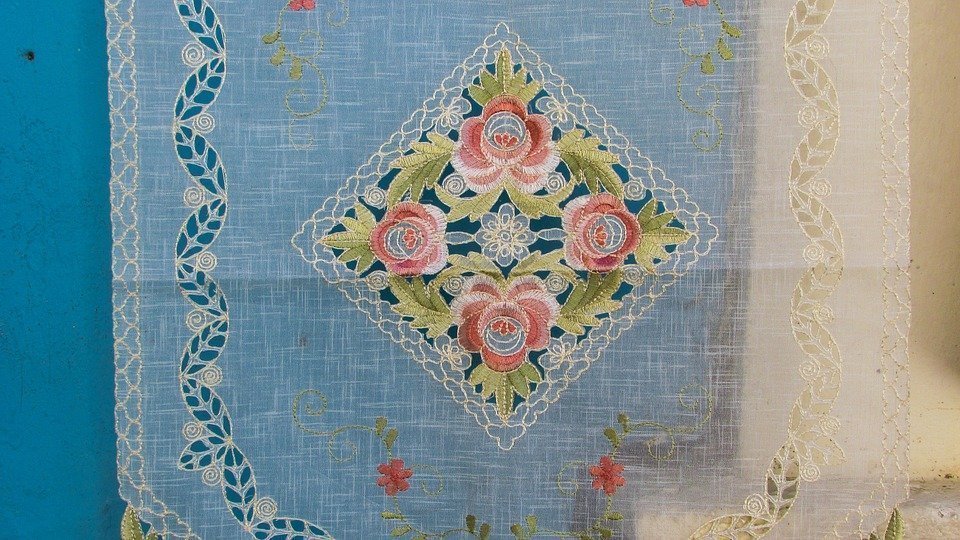 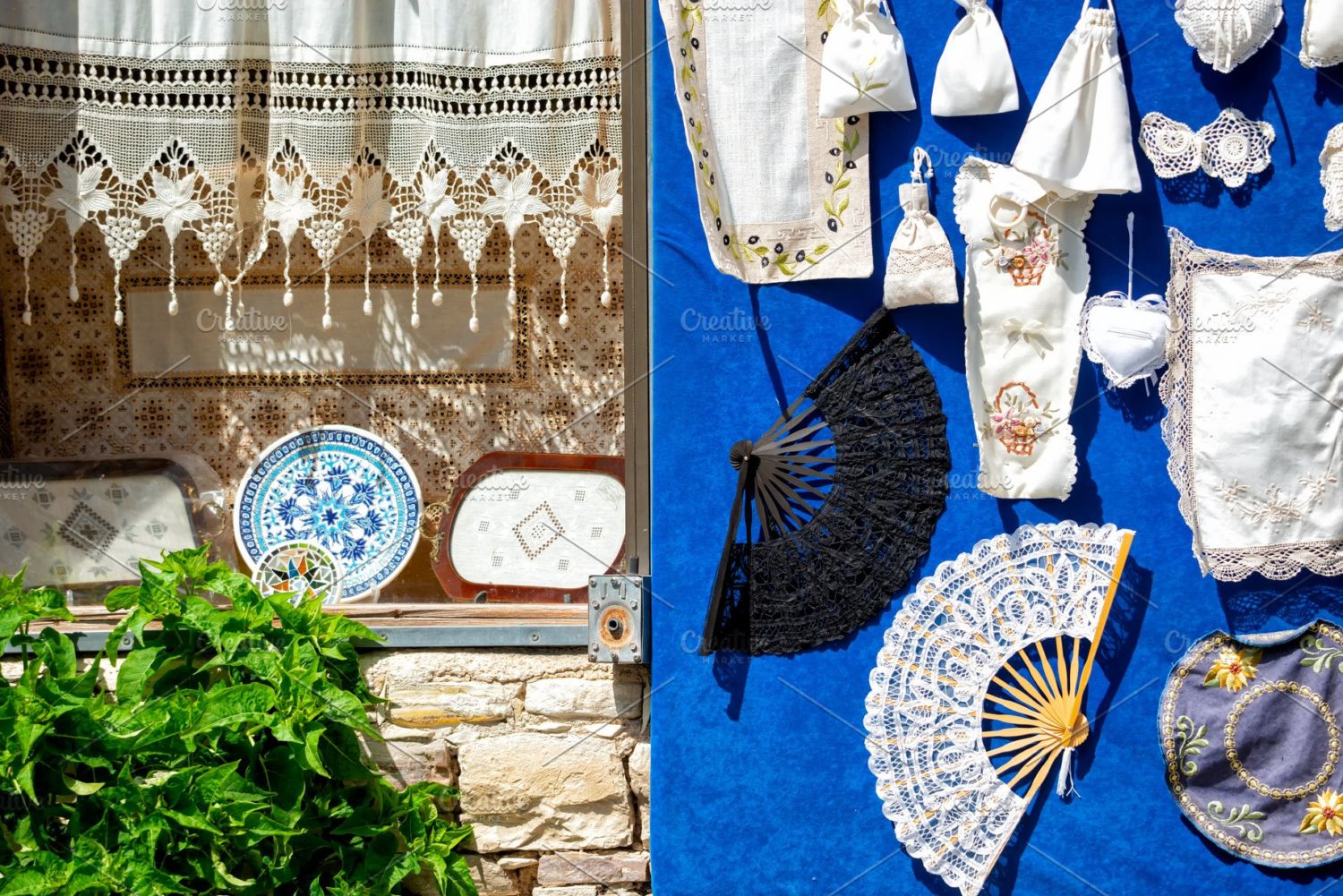 In 2009, this traditional craft of lace-making was inscribed on the Representative List of the Intangible Cultural Heritage 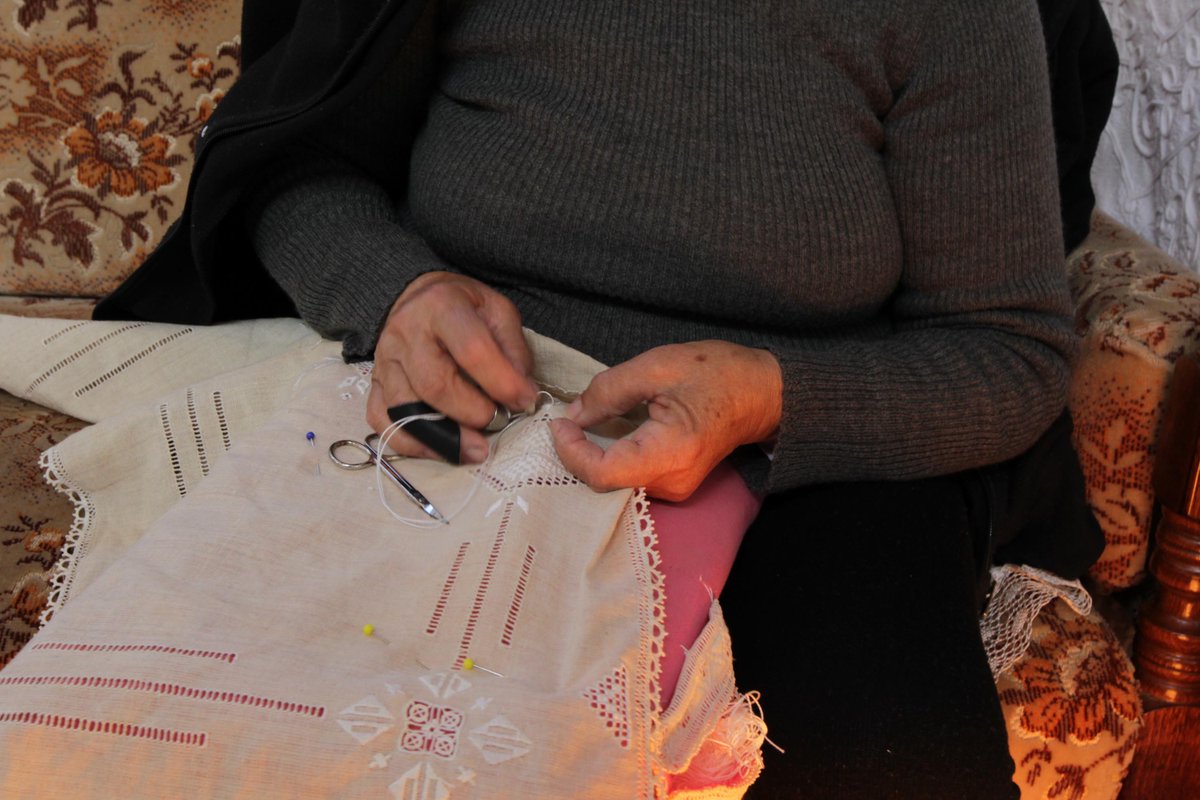 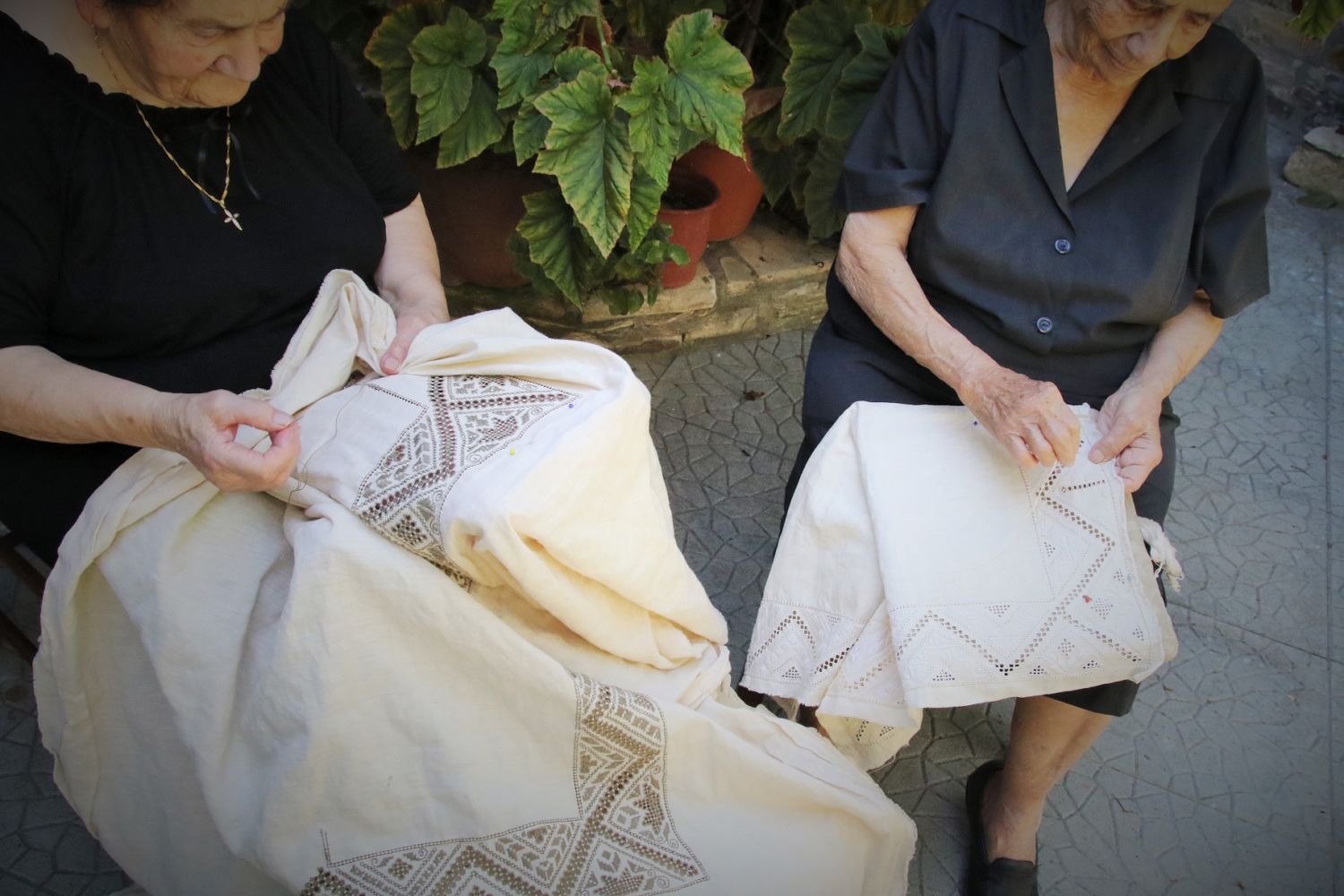