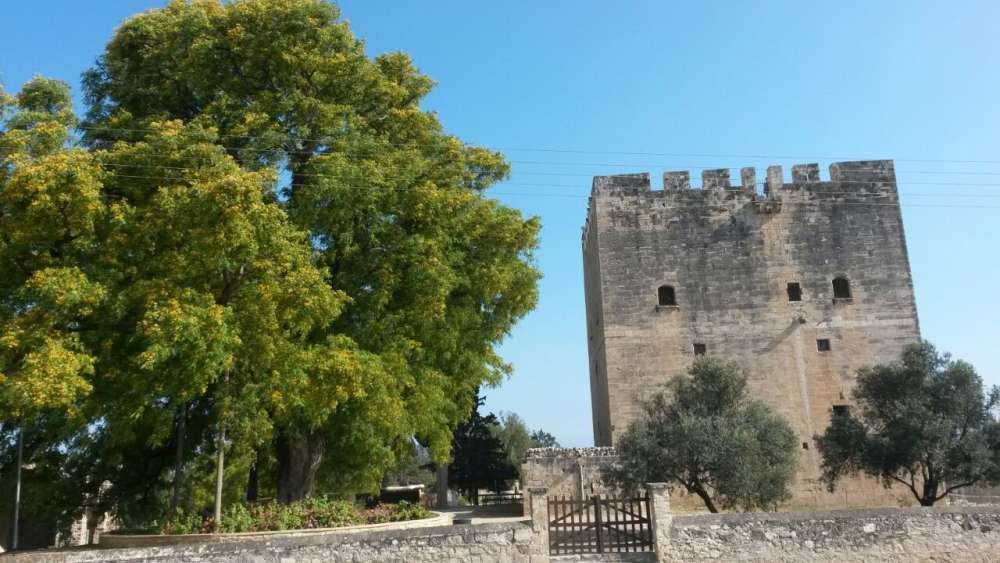 Kolossi Castle is a fine example of military architecture. It was originally built in the 13th century and rebuilt in its present form in the 15th century.

After the fall of Acre in 1291 it served as the Grand Commandery of the Knights of the Order of St. John of Jerusalem and in the 14th century came under the domain of the Knights Templar.

During their stay in Cyprus, the Knights produced and exported a sweet wine, which became known as the “vin de Commanderie”.

Today Commandaria wine is one of Cyprus’ traditional wines and one of the oldest named wines in the world, having had the same name for eight centuries. Next to the castle are the ruins of a 14th century sugar mill.

The Castle is situated in the village of Kolossi, 11 kilometres west of Limassol.
Opening Hours: Monday – Sunday: 8:30am – 7:30pm (summer)