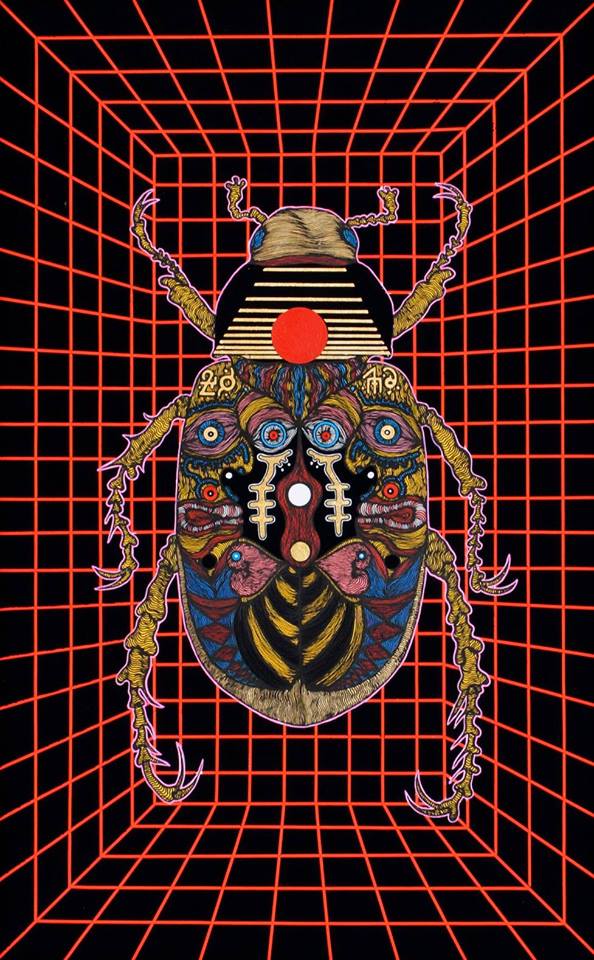 The scarab is the dominant element in Ntoko’s work. The scarab is presented in repeating patterns within elaborate ideograms. The artist himself describes his work as a log of his thoughts.

The scarab, a symbol inextricably linked with Egyptian mythology, is sometimes used as a frame around which maps, portraits and narratives emerge, and sometimes it is the body on which more subtractive but always symmetrical and detailed compositions are created. The scarab, a distinctive mark Ntoko’s, is embellished through the style and presentation chosen by the artist.

First, the viewer will be surprised by the multidimensional, imaginary themes of the works, while later he surrenders into illusions, which are created through the combination of geometric patterns, different patterns and intense shades of color. Urban, surrealistic aesthetics remains an essential element of the creations of Ntokos, even when his work is transferred to the realm of acceptable institutions of art, in places different from the city. His creations are adapted to the sizes and shapes of frames that he finds in bazaars, while some of the materials he uses are scraps of old magazines and various metals he finds on the street in order to “save” them, making them have an operational end in itself.