Dido and Aeneas opera to be staged in Limassol 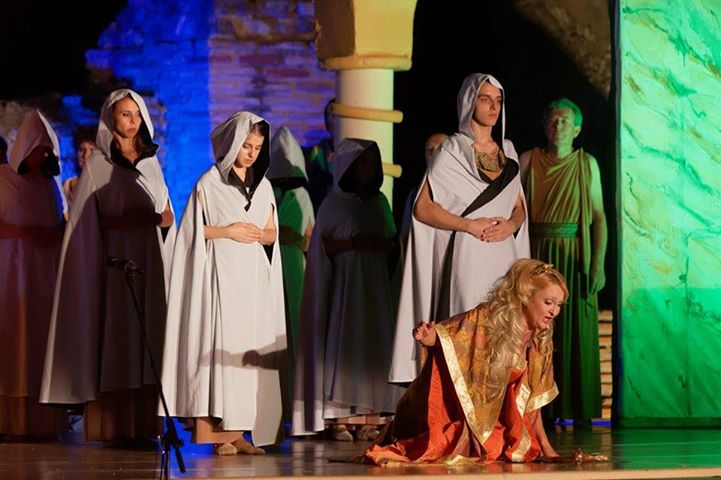 The Cyprus Opera Organisation presents Henry Purcell’s Opera ”Dido and Aeneas” in Limassol in a collaboration with Varna State Opera .

The performance will be held at the Pattihion Municipal Theatre on October 20 at 8 pm and tickets are on sale for €20/€15.

The famous baroque opera, in a libretto of Nahum Tate, is one of the masterpieces of the world’s lyrical repertoire. Considered the first masterpiece of English opera, Henry Purcell’s 1689 opera is based on the story of Dido, queen of Carthage, and Aeneas, the prince of Troy.

With scenes of sorcery and spirits and a magnificent final lament, sailors tell the tale of the love and abandonment. Conducted by Dr. Francis Guy and directed by Dr. Tsveta Christoforou.

Dido, queen of Carthage, cannot bring herself to admit her love for the Trojan prince Aeneas, a guest at her court; he is soon to resume his journey in search of a site for a new city to replace Troy. Her confidante Belinda and her courtiers persuade Dido to speak her love and the act ends with general rejoicing.

A sorceress and her witches plot the downfall of Dido and Carthage. Their plan is to “conjure up a storm” and force the lovers to take refuge in a cave, where an elf, disguised as Mercury, will remind Aeneas of his duties. Meanwhile, Dido and Aeneas, having spent the night together, are being entertained in a grove by Belinda and a courtier. A storm arises and the lovers are separated; Aeneas enters the witches’ cave and is commanded by the false Mercury to leave Carthage.

At the quayside Aeneas’s men are preparing to leave. The witches gloat over their victory and sing of their delight. Back at court, Dido has been informed of her lover’s planned departure and seeks Belinda’s counsel. The queen confronts Aeneas, silences his excuses and dismisses him. After her lament (“When I am laid in earth”), Dido kills herself. Cupids mourn her, scattering roses on her tomb.