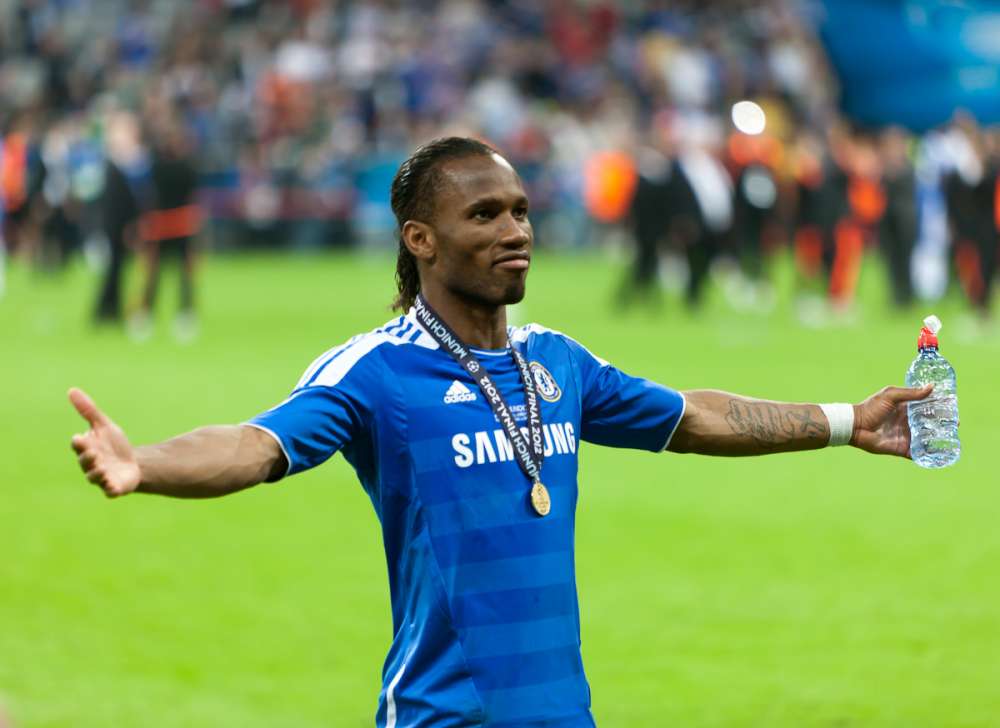 The retired Ivory Coast striker will attend the game as vice president of the international organization Peace and Sport.

The game will take place in the mixed village of Pyla on Tuesday, March 19. It is jointly organised by the Stelios Philanthropic Foundation and Peace and Sport.

In the first half the two teams with compete with their normal squads, while in the second half they will mix their squads.

During a press conference for the game, Haji-Ioannou said that he hopes the match will become an annual event.

Drogba, a U.N. Goodwill Ambassador, is credited with playing a vital role in bringing peace to his country. After the Ivory Coast qualified for the 2006 World Cup, Drogba made a desperate plea to the combatants, asking them to lay down their arms, a plea which was answered with a cease fire after five years of civil war.

Drogba later helped move an African Cup of Nations qualifier to the rebel stronghold of Bouake; a move that helped confirm the peace process.

In September 2011, Drogba joined the Truth, Reconciliation and Dialogue Commission as a representative to help return peace to his home nation. His involvement in the peace process led to Time magazine naming Drogba one of the world’s 100 most influential people for 2010.

During a press conference for the football game on Monday, Haji-Ioannou announced the launch of the 11th Stelios bicommunal awards.

“The aim of the awards is to strengthen socio-economic ties between the two communities and encourage cooperation between Greek and Turkish Cypriots,” he said.

The idea is to encourage bicommunal cooperation between Greek Cypriots and Turkish Cypriots in order to promote lasting peace on the island.

The friendly game between Nea Salamina and Magusa F.C. is an evolution of the awards, he added.

The foundation will give out 50 awards. Each team involving one Greek-Cypriot and one Turkish-Cypriot can win €10,000 per year.

By In Cyprus
Previous articleJob vacancy rate in Cyprus drops to 1.0% during Q4 2018, up to 2.3% in the euroarea
Next articleDutch police hunt for Turkish man after tram shooting