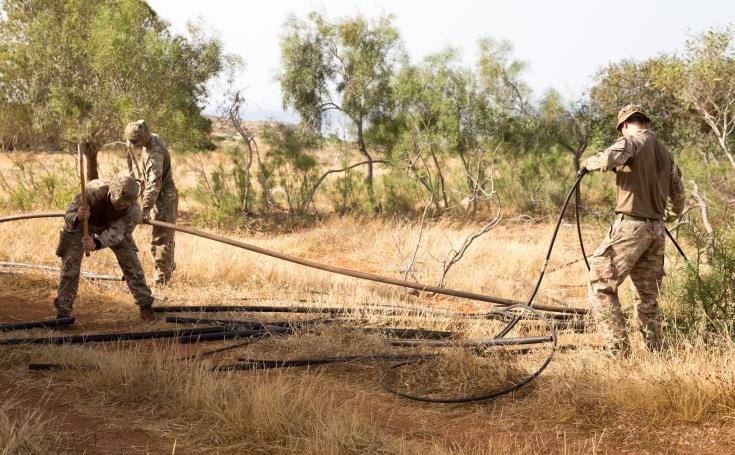 The Sovereign Base Area police in Dhekelia arrested a man on the suspicion of bird trapping. He was released on bail pending trial.

The Cyprus News Agency said the arrest occurred on Saturday when police discovered in his possession two iron poles secured to a mist-net, an MP3 player, a loud speaker, a USB stick and one remote receiver, which are all used by trappers to lure songbirds into the nets.

After his arrest, the man was interviewed by the police and was released after paying €1,000 for bail.

“This was a good arrest for the police force because although the season for illegal trapping only began at the end of August, it shows people that the police are out and about already working alongside our partners in CABS, Bird Life Cyprus and the Game Fund and are waiting to arrest anyone found to be carrying out this illegal activity,” Superintendent Andreas Pitsillides said.

Bird trapping within the SBAs has decreased significantly in recent years and Dhekelia’s Divisional Commander Chief Superintendent, Jon Ward stressed that there will be no backing down by police this year.

“Put quite simply, bird trapping will absolutely not be tolerated and we fully intend to build on the success of last year and continue to work towards eradicating this crime from within our areas,” he said.

The suspect will be appear before a court on a later date where he will answer to charges regarding the Law for Protection of Prey and Wild Birds.

By In Cyprus
Previous article78 year-old wanted on suspicion of stealing €1.4 million from relative
Next articleXystarouda Picnic Site