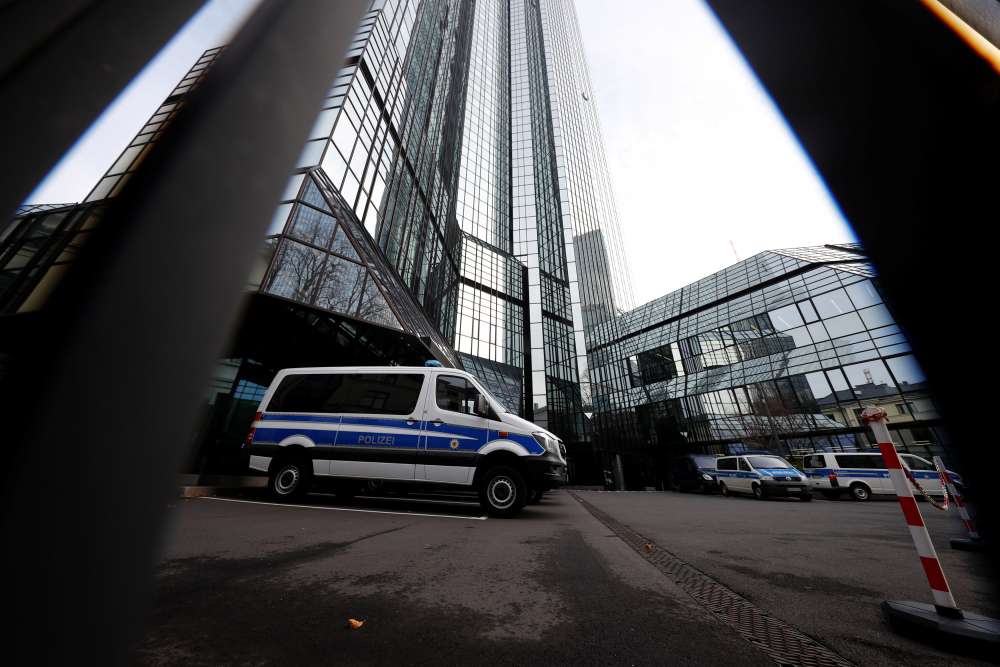 Around 170 police officers, prosecutors and tax inspectors searched six Deutsche Bank offices in and around Frankfurt on Thursday over money laundering allegations, the Frankfurt public prosecutor’s office said in a statement.

Investigators are looking into the activities of two Deutsche Bank staff members who are alleged to have helped clients set up off-shore firms to launder money, the prosecutor’s office said.

Written and electronic business documents were seized from Deutsche Bank and further investigations are ongoing, the prosecutor’s office also said.

Deutsche Bank confirmed the search of its offices and said it was fully cooperating with the authorities.

The investigation was triggered after investigators reviewed so-called “Offshore-Leaks” and “Panama Papers”, the prosecutor said.

The Panama Papers, which consist of millions of documents from Panamanian law firm Mossack Fonseca, were leaked to the media in April 2016.

Several Banks, including Swedish lenders Nordea and Handelsbanken have already been fined by financial regulators for violating money laundering rules as a result of the papers.

The prosecutors said they are looking at whether Deutsche Bank may have assisted clients to set up “Offshore-Companies” in tax havens so that funds transferred to accounts at Deutsche Bank could skirt anti-money laundering safeguards.

In 2016 alone, over 900 customers were served by a Deutsche Bank subsidiary registered on the British Virgin Islands, generating a volume of 311 million euros, the prosecutors said.

They also said Deutsche Bank employees are alleged to have breached their duties by neglecting to report money laundering suspicions about clients and offshore companies involved in tax evasion schemes.

The investigation is separate from another money laundering scandal surrounding Danish lender Danske Bank, where Deutsche Bank is involved.

Denmark’s state prosecutor on Wednesday filed preliminary charges against Danske for alleged violations of the country’s anti-money laundering act in relation to its Estonian branch.

Danske is under investigation for suspicious payments totalling 200 billion euros from 2007 onwards and a source with direct knowledge of the case has told Reuters Deutsche Bank helped to process the bulk of the payments.

A Deutsche Bank executive director has said the lender played only a secondary role as a so-called correspondent bank to Danske Bank, limiting what it needed to know about the people behind the transactions.