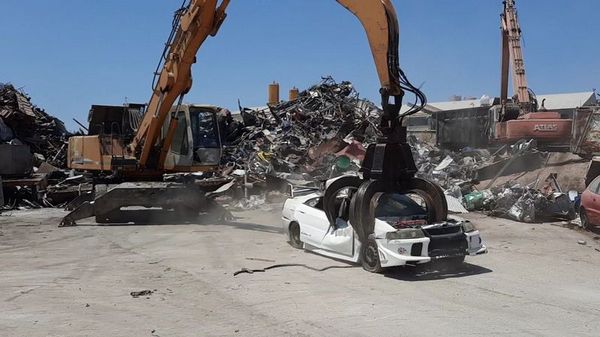 Heavily modified car that was found unfit for public circulation was taken to an approved vehicle destruction site where the Larnaka District Court’s ruling of crushing it was carried out today.

A 27-year-old was detained back on December 5th, 2019 when found driving with a deprived licence and no safety certificate for the car during routine checks by Larnaka police.

The car was then found, upon further investigation, to be heavily modified. The car was impounded by court order pending trial.

The trial took place on June 11, 2020 at the Larnaka District Court.

The court in its ruling convicted the owner who was remanded for thirty days, his licence was deprived for four months and the destruction of the impounded car was ordered.

By In Cyprus
Previous articleGreece and Cyprus both issue Navtex cancelling illegal Turkish Navtex
Next articleNo new corona virus cases out of total of 2,465 tests