Despite progress, Cyprus beaches largely inhospitable to the disabled 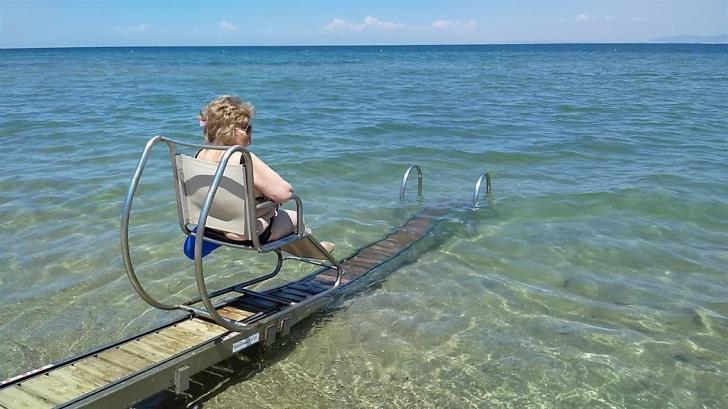 Since 2016, the Cyprus Paraplegic Association has been addressing letters to the Interior Ministry calling for the amendment of the Foreshore Protection Law to allow the entry of special vehicles for people with disabilities to the beaches of Cyprus.

However, there has been no response so far: electric wheelchairs are considered to be ‘vehicles’ on the basis of legislation and are thus excluded from access to the beaches.

Demitris Lamprianides, chairman of the association, stated: “We have requested the amendment of the law to allow people with disabilities to use motor vehicles or other wheeled vehicles for access to the beach. Unless this amendment is made’, he added, ‘the law will continue to discriminate against people with severe mobility impairments.

When the law was drafted, Lambrianides explained, ‘”the fact that people with disabilities have the right but also the need for access to the beach and the sea was disregarded.”

The Cyprus Paraplegic Association also turned to the Commissioner for Administration, (Ombudswoman) Maria Stylianou Lottides who made her own investigation, in regard to the infrastructure of the island’s beaches.

The investigation noted gaps and shortcomings and also reached the conclusion that the amendment of the relevant legislation is necessary. The Commissioner’s report also mentions the right of visually impaired people to access the beaches of Cyprus accompanied by a guide dog.

Regarding the accessibility of beaches by disabled people in general, the Commissioner, following an investigation, has found that there has been a significant improvement in recent years, but notes that there is still room for further improvement:

The Commissioner noted that “significant steps have been taken to increase the accessibility of beaches, by setting up parking and toilet facilities for the disabled, constructing ramps / access ways and installing specialised systems on particular beaches.”

“However a large number of beaches are still inaccessible or partially accessible since they only have access ramps leading to the beach but not to the sea,” she added.

By In Cyprus
Previous articleFlight rights group takes Ryanair to court over strike compensation
Next articleUpdate 2: Fire near Milikouri under control